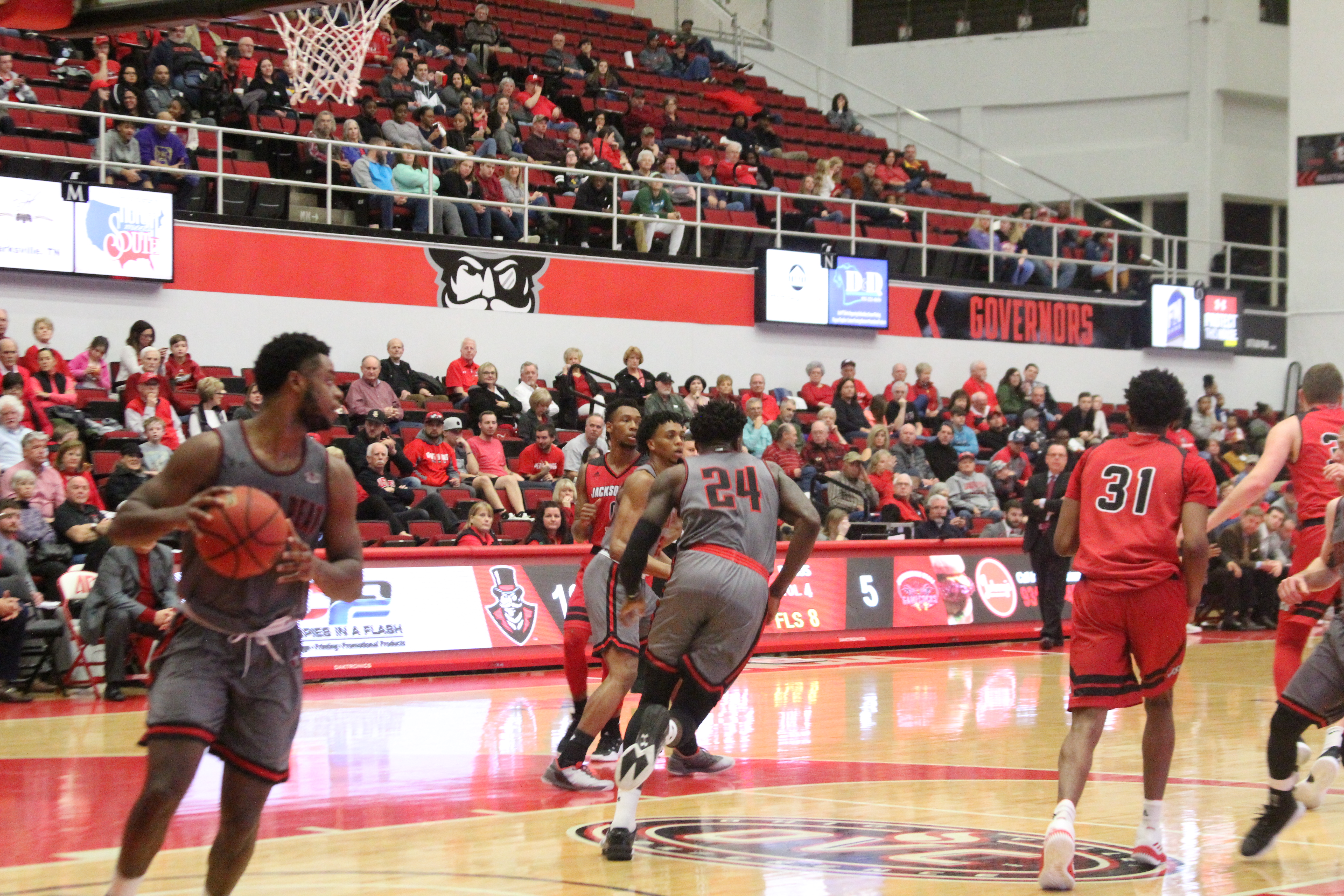 The Govs were lead in scoring by none other than Averyl Ugba, who finished the game with 15 points before fouling out in the second half. Along with Ugba, Steve Harris accounted for 11 points.

To go along with leading the team in scoring Ugba finished with 11 total rebounds for the game. Chris Porter-Bunton finished with 6, while freshmen Dayton Gumm and Terry Taylor finished with three each.

The rebounding and turnover categories were both almost even, as the Gamecocks outrebounded the Govs 34-32, but turned the ball over 14 times compared to just 12 by the Govs.

The Govs fought hard to maintain the win against a Jacksonville State team that did not give up, even after falling behind big on the scoreboard early on.

During the First half it looked as if the Govs were prepared to blowout the Gamecocks for a second time this season, jumping out to a quick 19-4 lead 11 and a half minutes in.

Jacksonville State reacted well to the early hole that had been dug for them, as they clawed their way back into the game fast, trimming the lead to 21-14 after a quick 10-2 run. The Gamecocks continued to attack and eventually trimmed the lead down to just 10 at the half, after what looked to be an easy win for the Govs.

The Govs came out of the locker-room ready to start the second half with a 31-21 lead over their Ohio Valley Conference foe.

The Gamecocks broke out to a fast-paced start in the second half, breaking out an early 14- run, eventually knotting the game up at 35 points apiece.

The teams traded blows back and forth until the Govs jumped out to a slight 45-40 lead with 11:03 left in the game.

Jacksonville State cut the deficit to two points, but a made free-throw from Zach Glotta forced the Gamecocks to attempt a three pointer at the end of the game, which fell short.

With the victory tonight, and Tennessee State losing, the Govs jump to third in the OVC Standings.

The Govs will be back in action on Wednesday night to take on Southern Illinois at Edwardsville on the road. 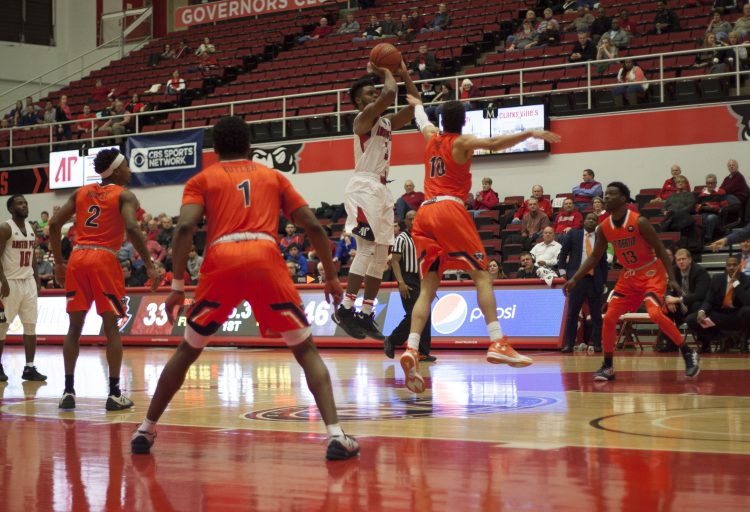