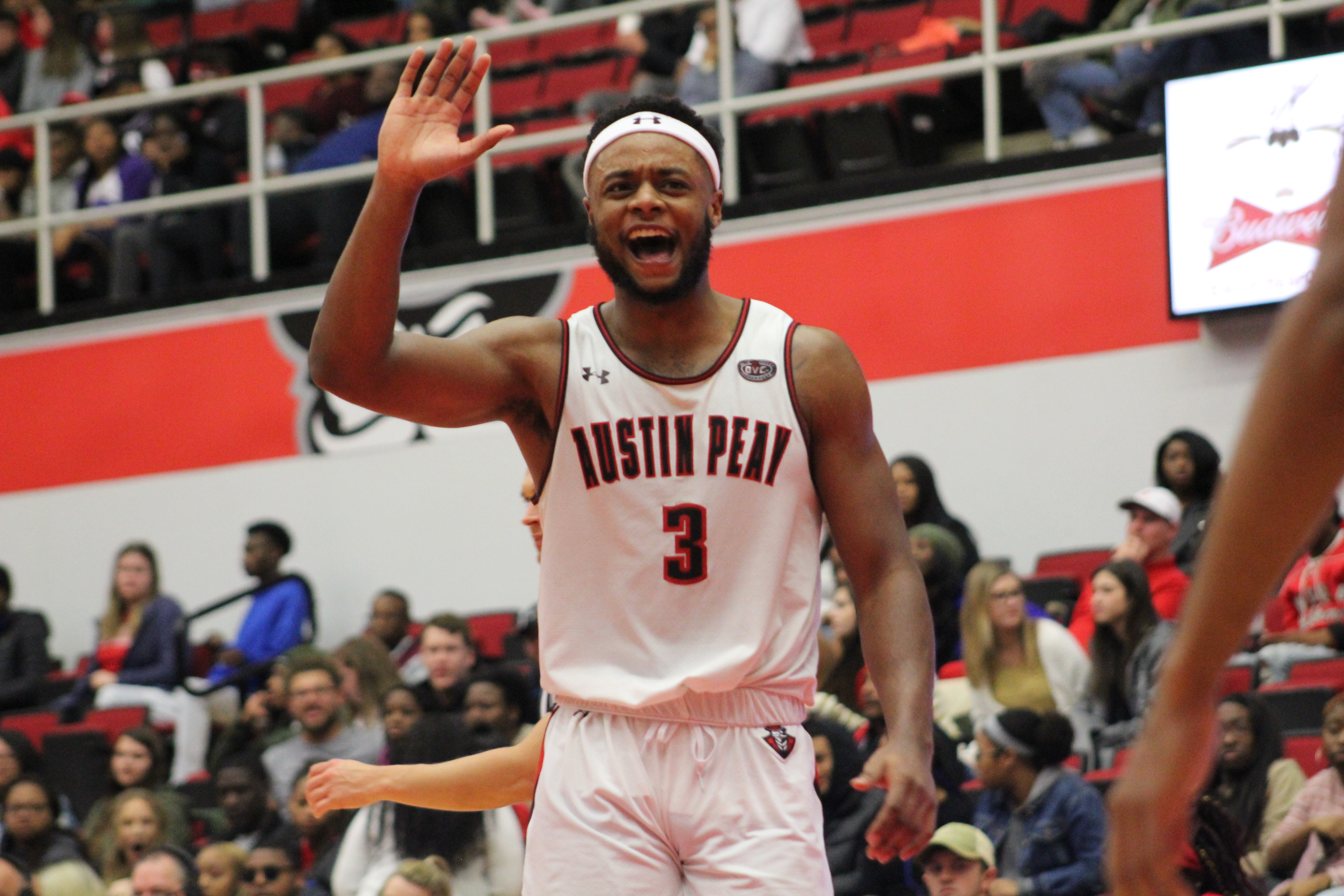 Following other results in the conference, the Govs 6-1 record brings them level with rivals Mu**ay State and Jacksonville State for the top spot in the OVC.

Head Coach Matt Figger watched his team shoot 30-55 from the field, that is 54.5 percent on the night, which is above their season average of 48.6 percent and the fifth highest shooting performance of the season.

The hosts also went 8-17 from behind the arch, five of those coming from the first half. Givens and Glotta matched each other with three 3-pointers in the clash, while also matching with Porter-Bunton for a team-high of 15 points.

“We shot the ball really well and we all believe in each other. There have been some games, especially in conference that I have not shot well, but I have teammates who are always on me and believing in me,” Glotta said. “It helps me and it helps our team with the belief we have in each other.

While the Govs proved to be clinical and efficient in their finishing in the night cap, TSU was never really pushed out of the contest by it. The Tigers shot the ball decently throughout the 40 minutes, but had trouble keeping pace with APSU’s supply.

Leading scorer Marcus Littlejohn, Donte Fitzpatrick-Dorsey and Kamar McKnight all finished in double figures for the Tigers while coming off the bench. Littlejohn led the game with 18 points. The guest’s strongest offensive threat came from points off the bench where they outscored APSU 43-17.

“They play a lot of guys, and they are deep,” Glotta said. “Defensively, we gave some things we probably should not have, and you have to give them credit.”

Starters Armani Chaney and Tripp Davis finish with 17 and 10 points respectively. The Tiger’s finishing from the floor was the fourth highest rate APSU has allowed this season.

The difference in the matchup came in how well the team in white controlled the ball. APSU’s press caused 19 TSU turnovers which the home side turned into 20 points. Additionally, the Tigers tallied 0 points on fast breaks.

The Govs topped the Tigers in the rebound battle 34-28 and in the paint 36-25. The rebounding victory saw the Govs break a two game slump of losing the rebounding battle.

“In the second half we established the paint, and I have not been very happy with our rebounding in the last three games,” Coach Figger said. “I’ve been trying to challenge the guys. We are still not where I want to be in our rebounding, and we are kind of in that midseason where we are in a bit of a slump.”

The Govs take their home court for the second time in a row, a place where they are 6-0 on the season. Visiting is Belmont (14-4, 5-2 OVC), a team notorious for offensive production and that is coming off a road win over Mu**ay State. Tipoff is scheduled for 4 p.m.