Terry Taylor knocked down 12 second half points for APSU in their 77-66 road league win over Tennessee Tech.

The Govs (15-7, 7-2 Ohio Valley Conference) nearly saw a 13-point lead at the half dissipate, but found 40 points of their own to lock down their ninth win away from the Dunn this season.

Tennessee Tech found their offensive footing in the second frame. The Golden Eagles slammed home 42 points in the second half, matching their second most efficient half in conference play.

“We got back to being ourselves a little bit defensively. But when we get leads, it’s frustrating that we don’t buckle down, that we don’t have that pride and courage to take it to the next level,” Head Coach Matt Figger told letsgopeay.com. “We had it 60-40, game’s totally in hand, and we decided that it was over.”

The second period ended up going against how the game was appearing to play out.

In the opening 20 minutes, APSU held TTU to 24, the second-lowest amount of points scored in conference games this season. The lowest being 21 points in the first half against Jacksonville State on Saturday, Jan. 19.

APSU’s defensive stand was a change of pace for a Govs squad that has struggled slowing other teams down in conference play.

In the opening frame, the Golden Eagles shot 25 percent from the field while going 3-for-14 from behind the arch. Additionally, the Govs forced 11 turnovers off TTU.

Clay finished the game with eight turnovers, the highest amount contributing to TTU’s 24 total turnovers. The Govs had only nine.

In the second half things heated up. Vick hit both of his 3-pointer attempts while the rest of the Golden Eagle squad supplied 28 points in the final 20 minutes.

“You get a 23-point lead, you can’t play the score, and there’s no question that we did. You’ve got to keep going at those guys. That stuff can come back to bite you,” Figger told letsgopeay.com.

For the Govs, clinical shooting continued to be the theme.

Taylor came alive in the second half to finish with 18 points. The star sophomore has been slow to start in some of the recent APSU contests, but has made an impact in the closing moments.

Chris Porter-Bunton’s 5-for-11 from the field led him to a 15-point night while Zach Glotta, 12, and Jabari McGhee, 10, finished in double figures.

APSU regained their physical edge, hammering home in the paint for 40 points compared to TTU’s 26.

“We were getting to the rim, especially in the second half. We found a way to take control of it,” Figger told letsgopeay.com. “We shot 65 shots, and outside of the 18 threes we took, I’d bet 45 were right at the rim.”

The Golden Eagles won the rebounding edge, but failed to find a way to slow down the Govs offense.

In other games around the conference, Jacksonville State took sole-possession of first place in the conference with a 20-point win over Mu**ay State. 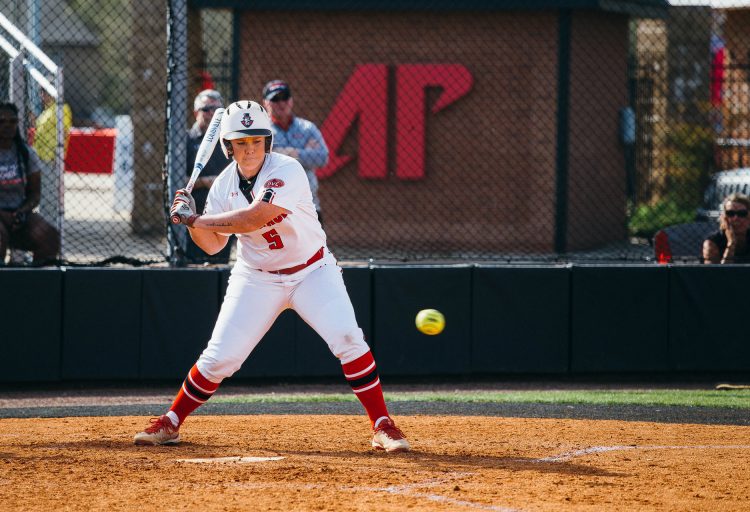