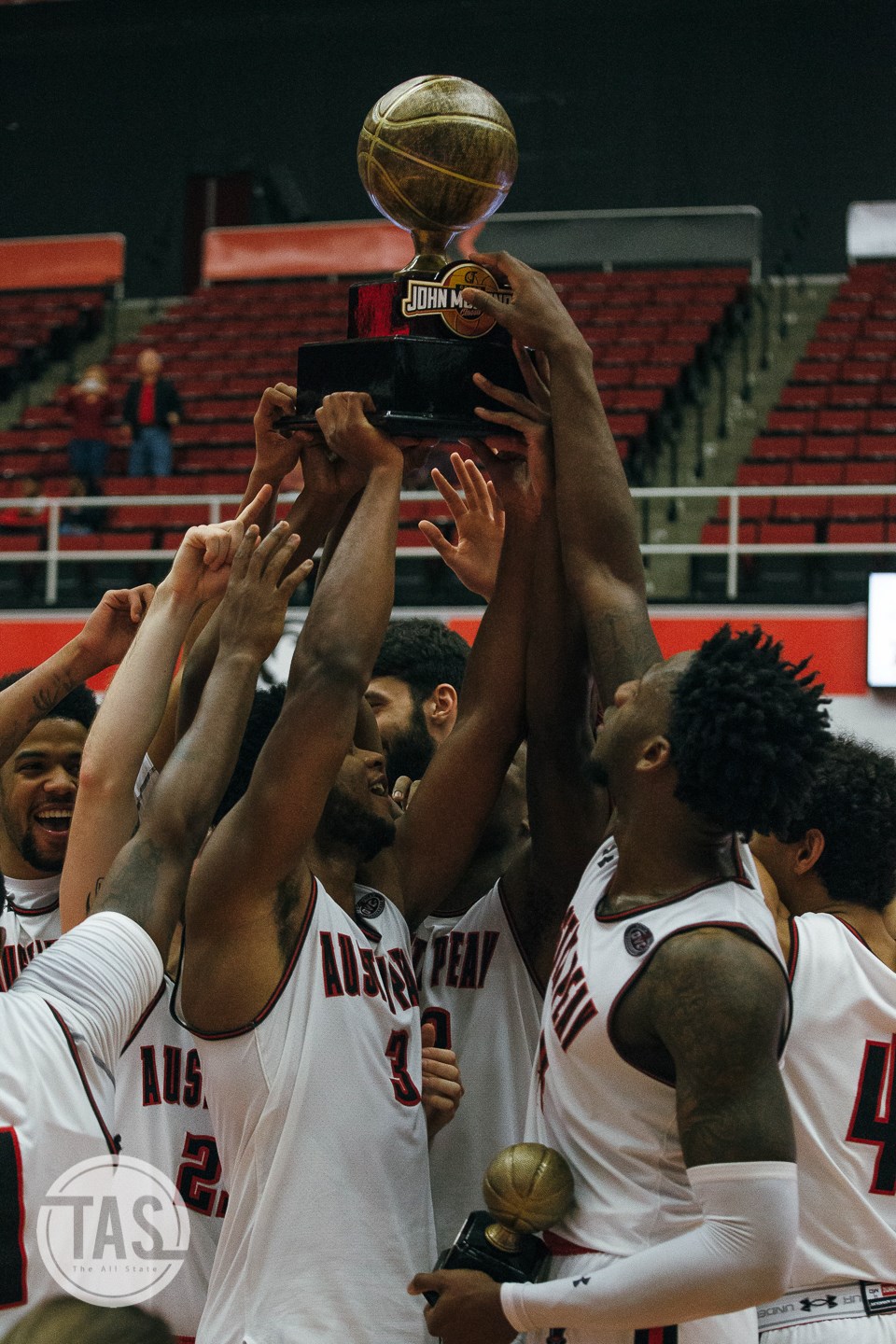 APSU Basketball accomplished something that had not been done since the 2002-03 season on Thursday, March 15. The Govs 80-66 thumping of the Warhawks from the University of Louisiana at Monroe served as the program’s first win past the Ohio Valley Conference Tournament in 15 years.

The game also served as the Coach John McLendon Classic, giving the Govs a piece of hardware to commemorate Head Coach Matt Figger’s first year at the helm.

Defense is the Key

When asked what about APSU makes them a team that can win the 2018 CIT Tournament, freshman forward Terry Taylor said “our defense.”

APSU’s Chris Porter-Bunton buried a 3-pointer in the first thirty seconds of the opening round, and the boys in the white jerseys with red and black trim never looked back.

A strong defense outing saw the Govs ahead 17-7 in four and a half minutes.

“We wanted to come out and set the tone and play aggressive,” said Taylor, who finished with 15 rebounds.

The Govs’ tone and defensive pressure slowed the visiting Warhawks to a 42.9% field goal shooting in the first half, and seven missed shots on 14 attempts in the games opening 10 minutes.

“We play harder and we rebound harder then any team in the CIT,” said Taylor. “We feel we can win this thing, and we will play every game like it is our last.”

Senior forward Averyl Ugba was voted as the John McLendon Classic MVP by members of the media in attendance at the game. The 6-foot-7 transfer netted a game high 27 points, three steals and one block in the Thursday night appearance.

Following on the score sheet with 11 points each were Taylor and Porter-Bunton. Taylor’s outing served as his eighth double-double of the season while Porter-Bunton matched senior Tre’ Ivory in most assists with six each.

The fifth starter, freshman Dayton Gumm, dished out six points, four rebounds and two assists of his own.

“We have tenacity, and we got to have heart,” Ugba said.

Following a tone set by the starting line-up, APSU’s bench produced 21 points with a double figures performance by Steve Harris and six points a piece for Zach Glotta and Richard Henderson.

Figger’s boys are physical, so why not them?

When Figger came into APSU in the tail end of the spring semester he had a plan to create a physical and agressive team. Within one season with the former South Carolina associate coach in charge the goal is already evident.

The Govs raked in 38 rebounds against the Warhawks, behind Taylor leading the charge with 15. Taylor was the only athlete who saw the court to record more then seven rebounds.

“It is a credit to the good kids I have in the locker room,” Figger said. “We have a young team, but we have some talented kids”.

APSU also flexed their muscles in the paint by dropping 44 points from the close-range rectangle.

“Why not us [to win the CIT]?” Coach Figger asked. “We just have to take them one at a time, and hopefully at the end of the day we are up and we have the ball.”

The squad will return to the Dunn Center on Wednesday, March 21 to tackle the Flames from the University of Illinois at Chicago at 7 p.m. in the quarterfinals of the Collegeinsider.com Tournament.

The Govs and the Flames share one common opponent in Troy. APSU topped them 75-73 in mid-December while UIC faltered in late November 87-66 to the Trojans in Troy, Alabama. 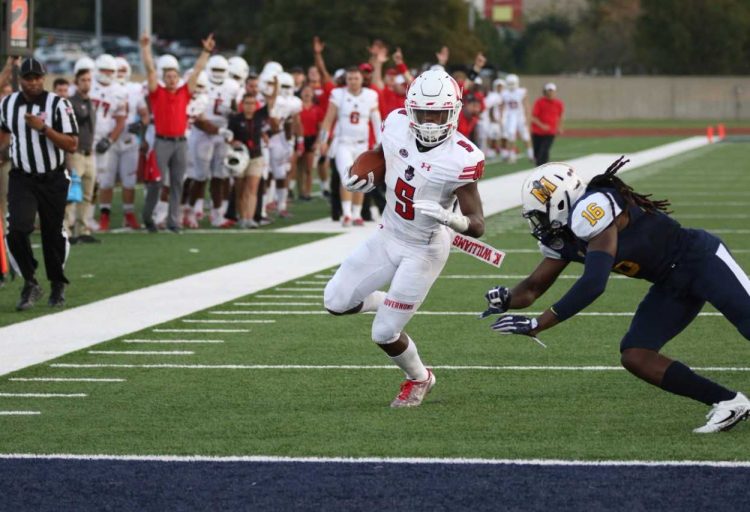