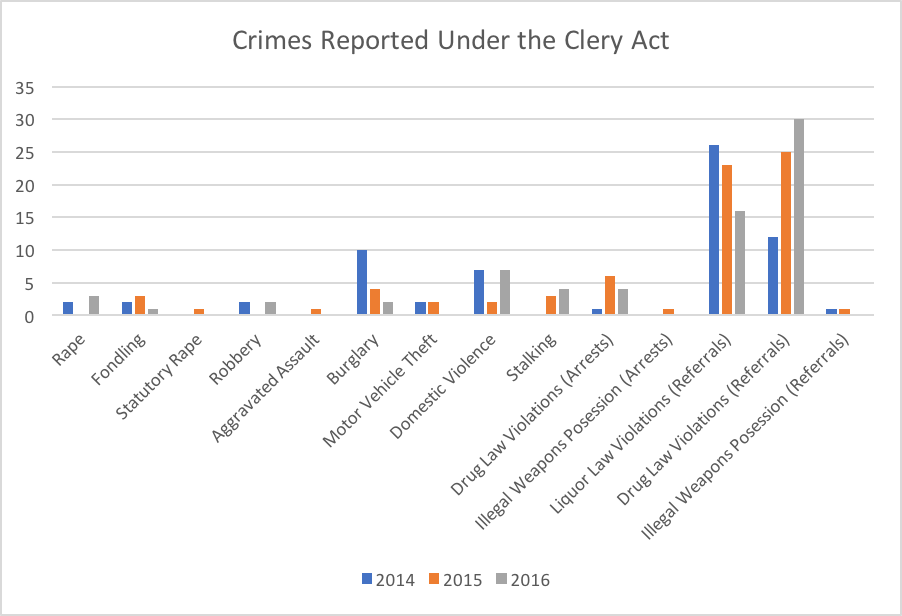 The Clery Act became law in 1990. It requires U.S. colleges and universities to be transparent with campus safety policies, crime and fire reports.

Every year colleges and universities must release a report on Oct. 1 detailing laws, institutional policies and a three-year log of crime reports.

On Sept. 27, APSU released its Clery Act report four days before the deadline.

Although the 93-page report is extensive, it does not cover all crimes that occur on campus. There are some categories of crime the Clery Act does not cover.

“The most common crime we experience at APSU is not reportable under the Clery Act,” Kasitz said. “Theft of property is our biggest crime issue on campus. Many of the thefts are preventable by not leaving your items unattended and unsecured.”

The act also covers hate crimes which include all the previous crimes as well as larceny-theft, simple assault, intimidation and vandalism. Weapons, liquor and drug violations are included.

The crime log on page 68 showed these following crimes were reported on APSU’s main campus in 2016:

• Three cases of rape, one occurring in a residence facility.

• One case of fondling.

• Two cases of burglary, both occurring in residence facilities.

• There were 16 liquor violations that resulted in referrals, 14 occurring in residence facilities.

• There were 30 drug law violations that resulted in referrals, 26 occurring in residence facilities.

According to page 69 of the report, one of the above crimes was categorized as a racially motivated hate crime and one was an act of intimidation. There were no fires reported for 2016.

“The latest report is not unusual for APSU,” Kasitz said. “Every year, the reportable crimes may fluctuate up and down a little, but we remain fairly consistent year after year.”

Per the Clery Act, universities have the authority to determine whether campuses should be alerted of crimes. APSU policy states the alert systems are not used unless there is immediate danger to the university community.

APSU has crime prevention programs available throughout the year and the Clery Act report outlines these programs. Student orientation is one of the most common programs.

In the spring semester, a Rape Aggression Defense (RAD) class is available for females through the Health and Human Performance section during academic enrollment. Other programs cover alcohol and drug awareness, dating violence, theft prevention and assault prevention.

“We provide many crime prevention programs throughout the year, upon request.  We have a good set of base programs, but we add new programs as the need arises,” Kasitz said.

APSU police maintain a crime log that is accessible via the campus police website and weekly in The All State. For more detailed information about Clery Act policies, visit the Clery Act Report at http://www.apsu.edu/police. 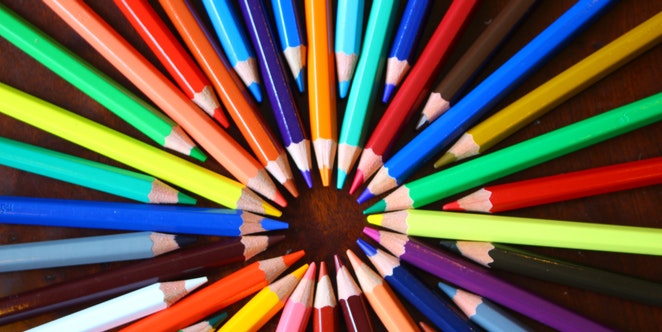 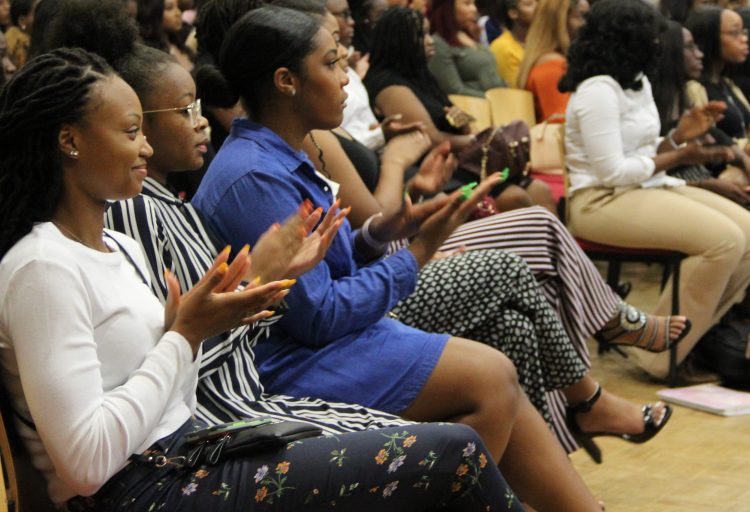