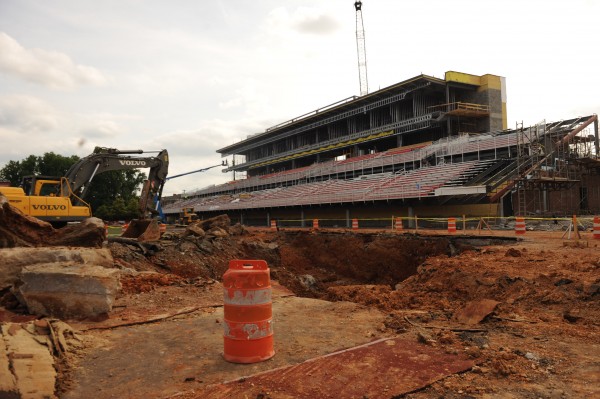 A sinkhole that originally appeared in January of this year opened Monday, May 19, on APSU’s football field, just feet away from the new Govs Stadium structure. Superintendent of Morgan Contractors Steve Settle said the now 40-foot-deep sinkhole did not appear all at once.

The crew has known the potential of the sinkhole since its first appearance earlier this year, but according to Settle, “the size [of the sinkhole] didn’t develop until we started filling it.” Settle said since the sinkhole is clay-based, it is not the kind known to “swallow houses,” also saying they “move slowly.”

No injuries were reported, no equipment was lost and, according to Settle, no time was lost on construction. The crew will be filling the sinkhole this week, weather permitting, and will remain on schedule.

“There is no way to prevent this,” Settle said. Settle also said the crew “knows what’s coming” when considering future sinkholes, mainly those that have begun appearing in the parking lot adjacent to the stadium, but also has the means to fill them.

The home opener for Governor’s football is still scheduled for Saturday, Sept. 13, and Settle said it should not be delayed. 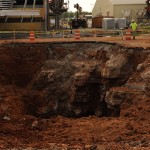 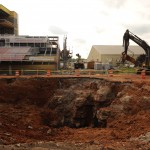 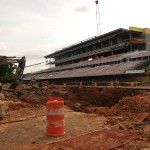 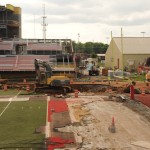 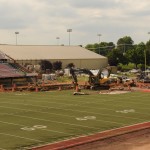