For the first three weeks every season, we see a consistent trend in college football: powerhouses beating up on less-known and weaker competition.

The infamous “pay for play” system has become a trend growing in popularity for many years.

Big teams pay smaller teams, many of them not division one teams, to come to their home stadium and play them, similar to a varsity high school team scrimmaging the junior varsity for practice to prepare for tougher competition.

The pay for play games have advantages and disadvantages.

It gives many smaller schools the opportunity to show off their skill in an environment they would normally not be able to.

Many consider it a luxury to play in stadiums and conditions that are not normally available to them. APSU has been in several pay for play games the last few seasons, with the team making strides and competing better each season.

This season, they were able to hold their own against the number 15 ranked Virginia Tech Hokies.

Other teams are not so lucky.

Although there are many upsides to these matches, I am not a fan of the pay for play system for many reasons.

As a sports fan, I do not start watching college football until the third or fourth week because the first two are filled with highly ranked teams forgoing the option to play other tough competition to instead beat up smaller schools for practice.

Every once in a blue moon, you will see a major upset, like Appalachian State defeating then ranked no. 5 Michigan a few years ago in Michigan’s backyard, but games like this are extremely rare.

Another downside is it is difficult to judge how good the elite teams really are.

The Southeastern Conference has been known for being the best conference for many years.

They currently have four teams in the top 10 in the nation, and more who are and will be ranked in the top 25.

Other conferences do not have this level of competition. Teams in other major conferences like the Big 12, Atlantic Coast Conference, Pacific 12 and the Big East have teams in the top 10, but have a much weaker conference.

Where an SEC team may have to beat between three and six ranked opponents to make it to the national championship, others may only have to beat one or two.

Florida State is a prime example. In the ACC, the only ranked team besides themselves is Clemson, and after that the competition severely drops.

They may end up in the national championship with only one win against a top 25 program. Teams like FSU would benefit from playing good competition earlier in the season, but many refuse.

Also, how does it help the teams who stand no chance in these games? Savannah State was flown to both Oklahoma State and Florida State in their first two games this season.

Savannah State was outscored 139-0 in just over six quarters, losing to OSU, 84-0, and FSU, 55-0, before the game was called in the third quarter due to lightening.

The team made around $1 million to play these games, but is the humiliation and complete destruction of the team’s confidence worth it? Does it make it easier to recruit in these smaller schools when recruits come to campus knowing you are known as the team that was made a punching bag on national TV?

College basketball does not have nearly as much of a problem with this.

They host many tournaments before conference play featuring powerhouse schools playing each other. Also, teams are more likely to play other teams on their skill level.

It is not uncommon to see rematches in later rounds of the NCAA tournament in March. Last year in the Final Four, both games were played by teams who had played each other prior in the season.

It is difficult to compare football and basketball since basketball plays almost three times as many games and having a single loss in football can influence where you land in the postseason, whereas in basketball a team can rebound from early season losses to win the entire tournament.

The facts are still there: college basketball programs are more likely to play against better competition than football.
I know the pay for play system will never go away, but it should be re-examined.

I sense the fans of college football are tired of seeing teams who are contending for national championships play teams who are barely able to make the playoffs in the FCS division. We want better football, but I guess Diddy said it best: “It’s all about the Benjamins.” 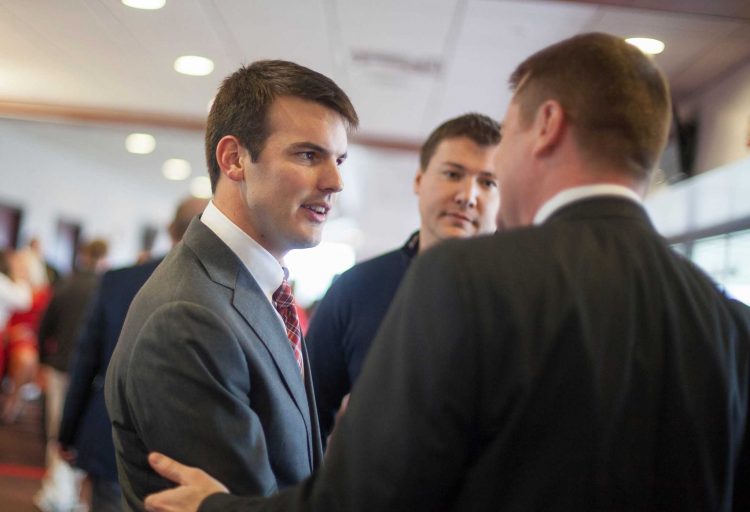