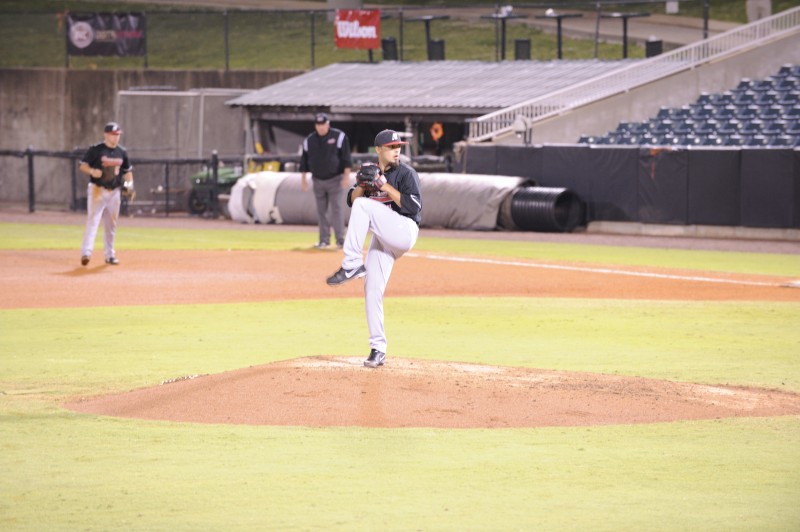 JACKSON, Tenn — Austin Peay and Tennessee Tech faced off earlier in the season in a three-game series won by the Golden Eagles, but this time, the two teams met on a bigger stage in the third day of the Ohio Valley Conference Tournament.

The Govs (44-13) defeated the Golden Eagles (40-16) 6-2 on Friday, May 24, improving the nation’s longest winning streak to 14 games. But more importantly, it sets them up for a chance to capture the tournament championship Saturday afternoon.

Instead of dominating their opponent on the scoreboard much like the final stretch in the regular season and Thursday’s game, APSU needed a quality day on the mound, and got it as Casey Delgado toed the rubber.

Delgado allowed just six hits and two runs in the outing, while totaling six strikeouts. The senior now has 100 strikeouts on the season, which sets a new record for most in APSU school history in one season. Delgado was able to overpower batters with his fastball, and mixed in a timely curve ball to lead himself to his ninth win of the year.

“I just tried to repeat my mechanics as the game went along,” Delgado said. “Just stay focused and throw strikes.”

Considering both teams were the top two seeds in the tournament and had unfinished business dating back to the regular season, there was a lot of emotion shown from both sides.

“It was about as an emotional game in the first inning as I’ve ever seen I think,” head coach Gary McClure said. “I think we wanted to prove something tonight from that stand point. There’s been a lot of talk about them winning that series. But I think more than anything, we know what we’re about and we wanted to come out and put ourselves where we want to be tomorrow, which is the championship game.”

While there were no stand-out performances in the hitting category, the APSU offense as a whole was solid with good approaches at the plate, drawing 10 walks.

Tennessee Tech starter Ross Spurgeon only lasted a two-thirds of an inning, walking Rolando Gautier and hitting the next batter Jordan Hankins. A fly out would advance the runners to second and third, which would allow Reed Harper to score Gautier on a groundout. There were a total of four walks in the inning, three by Spurgeon, and one by David Hess. The lone walk for Hess was a costly one though, as P.J. Torres walked with the bases loaded to the put the Govs up 2-0.

Delgado followed up with allowing just one runner to reach base on a walk, but earned a inning-ending strikeout to give the offense another chance to do damage.

Harper delivered once again with a RBI single to the right side, scoring Brett Carlson on the play who walked and stole his fourth base of the season. The Govs had an opportunity to increase the margin, but a double play would end the half inning.

The senior righthander continued to sit down Golden Eagle batters, and notched his third strikeout of the game in the third inning to break the single-season school record.

Both sides were scoreless the next three innings, but in the sixth, APSU would increase their lead to 6-0. Hankins singled to left field with two men on, scoring both Carlson and Tommy Hager, who came in as a substitution for Gautier. Craig Massoni added to the total with a double in the right field gap, scoring Hankins from second.

Tennessee Tech was held scoreless for the sixth-straight inning, but a run in the seventh would force an APSU pitching change with the bases loaded. After Delgado allowed a RBI single to Zach Zarzour, Kacy Kemmer came on in relief. The junior allowed a run to score on a groundout, but earned an inning-ending strikeout to strand two runners.

The Govs could not supply insurance runs for the bullpen, which put it in the hands of the relievers. Kemmer allowed just one hit, a double by Dylan Bosheers, but McClure decided to bring in Tyler Rogers to get out of the inning with just pitch.

After APSU failed to bring home a run with the runners on the corners, the Golden Eagles came back to threaten in the bottom of the ninth. Rogers struggled to fill up the zone to begin the ninth, but got himself comfortable as the inning progressed, and earned a game-ending strikeout to send the Govs to the championship game.

Austin Peay will await the winner of Tennessee Tech and Eastern Kentucky, which begins at noon on Saturday. If the Govs are able to defeat the winner of that match-up in the 4:00 p.m. game, they will be declared tournament champions. Ryan Quick is expected to get the start on the mound for the Govs. 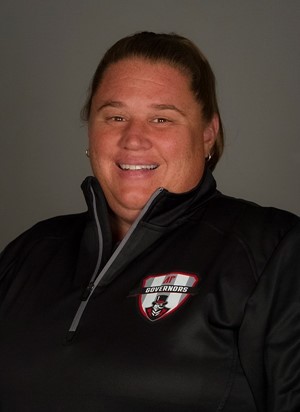