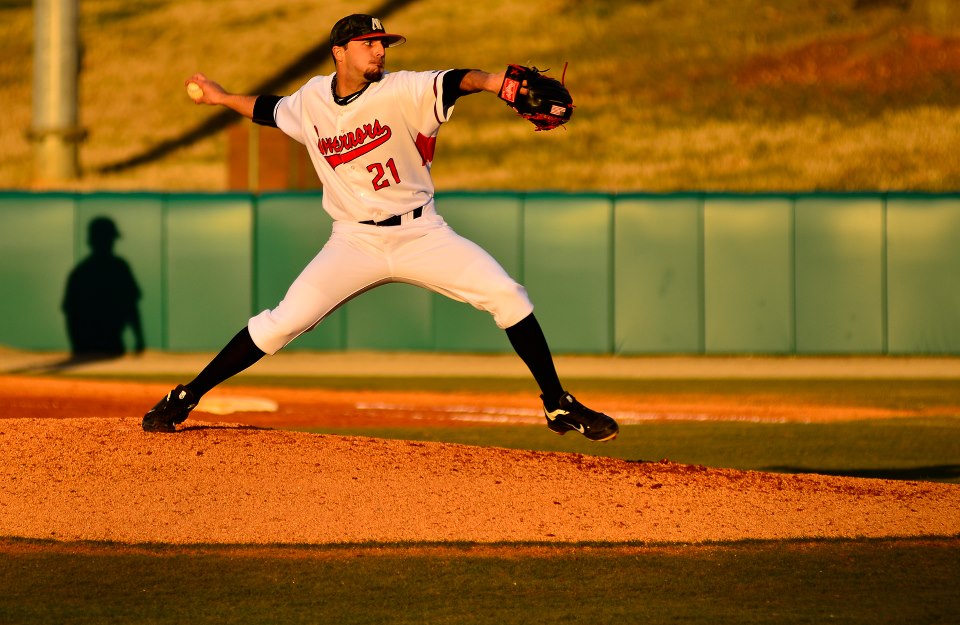 Austin Peay earned a three-game sweep over the UT-Martin Skyhawks on May 10-12 at Skyhawk Field to improve their winning streak to eight games.

The Govs (38-13, 19-7) remain in fourth place of the Ohio Valley Conference standings, but are now just one win away from tying Jacksonville State for third place. The Skyhawks (10-37, 3-24) stay in last place in the conference, and will not be tournament eligible.

Overall, the series was very efficient for the Govs, as both the offense and pitching staff were strong in all three games. All three starting pitchers – Zach Hall, Casey Delgado, and Ryan Quick – pitched at least seven innings and combined to strike out 31 batters in the series.

The bats were red hot beginning on Friday, May 10 in a 9-5 victory, with Craig Massoni going three-for-five with two homers and five RBIs. Head coach Gary McClure decided to change up the lineup, moving Jordan Hankins from his normal three spot to second, and turned out to be successful. The top four hitters in the order, Rolando Gautier, Hankins, Massoni, and Reed Harper, were 10 for 19 and drove in all of the runs on Friday.

With Lee Ridenhour getting an extra weekend of rest, Zach Hall got the ball on Friday. Hall (6-2) went eight innings, giving up three runs on six hits, and seven strikeouts.

Game two on Saturday, May 11 was a historic one for senior starting pitcher Casey Delgado, who totaled 16 strikeouts in nine innings pitched. The total was not only a career-high for Delgado, but also broke the APSU record for most strikeouts in a game, previously shared by Rowdy Hardy and Chris Shelton.

Delgado allowed just one run, which came in the first inning, on just three hits. The offense had trouble finding its groove early on, but in the fifth, the Govs tied the game and followed to score four runs in the sixth to support the righthander.

The entire lineup finished the game with at least one hit, with Massoni leading the way with another three hit day. Harper contributed with two doubles and a RBI, Brett Carlson drove in two runs, and Cody Hudson and Michael Davis helped the cause to combine for another two RBIs.

The series finale on Sunday, May 12 was another dominant day for APSU’s pitching staff, as it was the first time this season the Govs held their opponent scoreless.

Ryan Quick (5-2) earned the win on the mound for the Govs, and was one strikeout away from matching his career-high of nine in seven shutout innings. Kacy Kemmer and Tyler Rogers pitched an inning a piece to get some work in after not pitching the previous two days.

APSU scored five of their eight runs in the first three innings, with Massoni hitting his third home run of the series. Dylan Riner was three-for-four in the game, driving in two runs to help the Govs pull ahead.

The Govs will travel to Memphis on Tuesday, May 14 for a mid-week contest before returning to Raymond C. Hand Park for the final OVC series of the season against SIU Edwardsville on May 16-18.