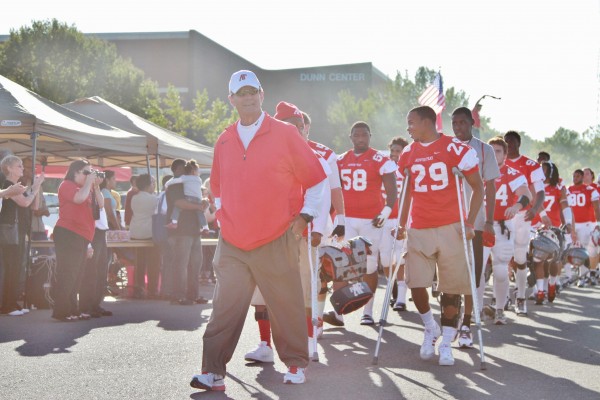 Christophel is leaving the head football coaching position at APSU, which he has held for the last six seasons to be an assistant coach for the Arizona Cardinals in the National Football League.

Although Christophel had one more year on his contract, Christophel was offered the position to coach tight ends by the new Arizona Cardinal’s head coach, Bruce Arians. Christophel coached under Arians at Mississippi State University in the early 1990s.

Christophel said it was an extremely tough decision to leave his alma mater but he could not pass up the opportunity to coach in the NFL.

“Every football athlete and coach dreams of going to the NFL … I remember all the way back to high school, thinking I wanted to be in the NFL someday,” Christophel said.

Christophel also said he is going to miss the college atmosphere and coaching student athletes.

“As a college coach, I have enjoyed helping mold young adults while they play for me and then watching them grow, graduate and become successful men,” Christophel said, “I will now be coaching professional athletes, which will definitely be a new process and experience.”

Christophel said the hardest thing for him to leave at APSU is his coaching staff and the players he has coached along the way.

“I will never forget the companionship and the camaraderie that I have developed with the coaching staff and the players … We have all become a family along the way, and that will never go away,” Christophel said.

Christophel graduated from APSU in 1975 with his bachelor’s in business and again in 1976, with his master’s in education.

“APSU has been great to me. I would not be here today if it was not for the education I received here and the many experiences I have had along the way while playing and coaching at APSU,” Christophel said.

One of Christophel’s best memories as a student at APSU was meeting his wife and many great friends.

Christophel admits that he has had several tough seasons at APSU after his first 7-4 season in 2007, which was APSU’s first season back in the Ohio Valley Conference.

“I know we didn’t win a lot of games after our first year in the OVC and returning back to scholarship football. But I take joy in seeing how the staff and players have turned this program around over the last six to seven years from non-scholarship football to competing in the OVC,” Christophel said.

Although Christophel hates leaving APSU, he affirms that he is confident the coaching staff and players are heading in the right direction.

“The last few seasons have been tough on everyone, including their families, but, I believe the players and staff have the right mindset to do what it takes to start winning again,” Christophel said.

APSU has already started accepting applications and will be interviewing candidates very soon for the new head coach, according to Brad Kirtley, APSU Sports Information director.

The assistant coaching staff’s contracts have been renewed through the 2013 season. Long-time defensive coordinator, Granville Eastman has been named the interim head coach, until an official hire is made for the head coaching position in the coming weeks, according to APSU Sports Information.

The Govs football program will go on as usual under Eastman until an official hire is made. The Govs will start off-season training in the coming weeks in preparation for spring practice in a couple months. 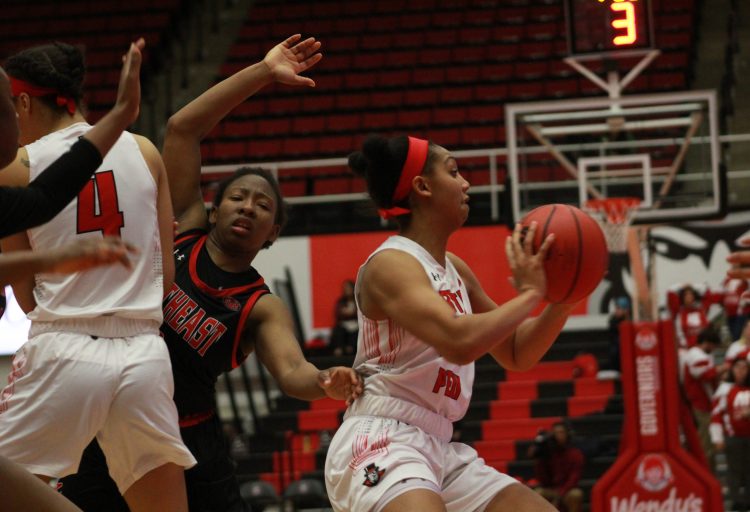