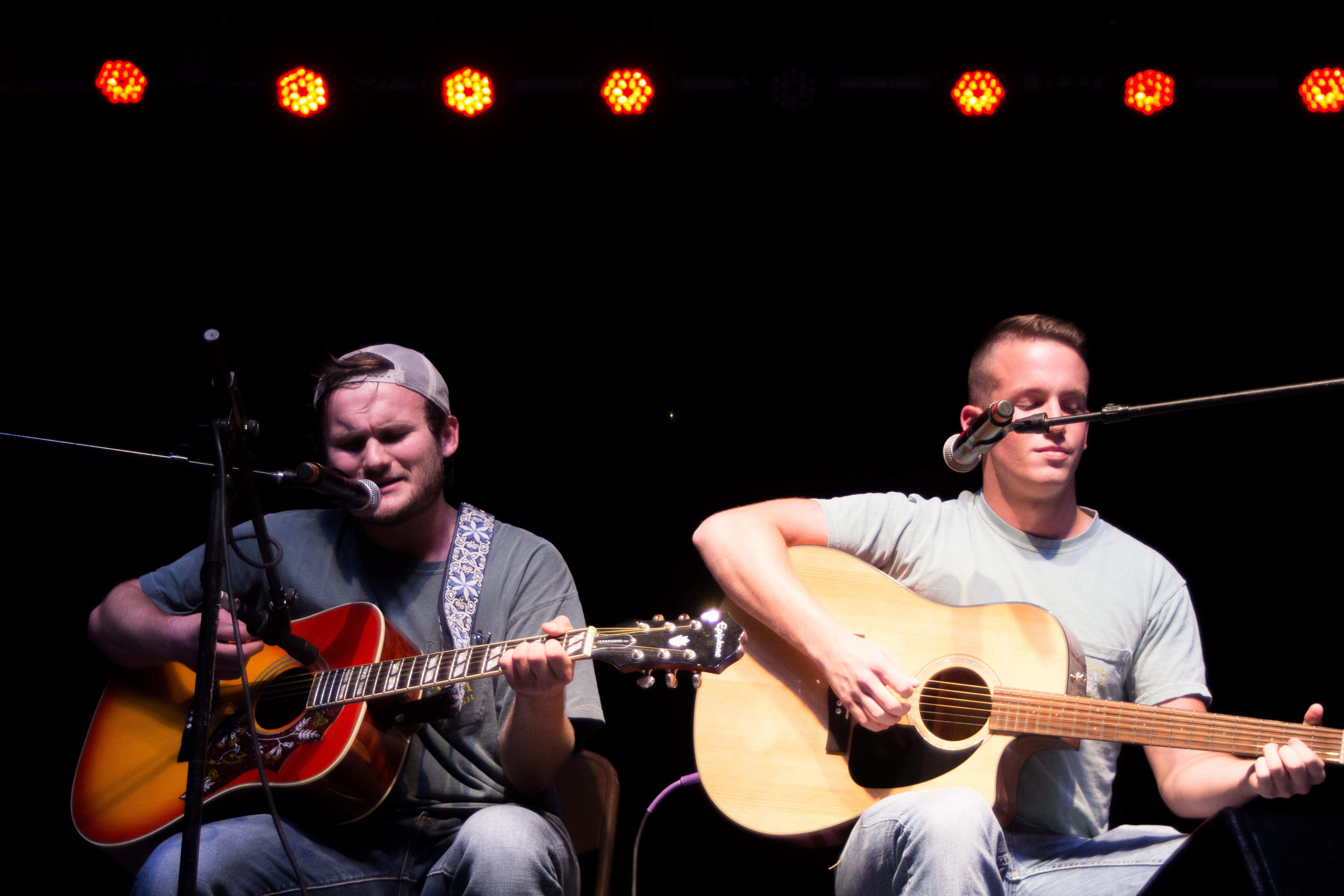 As hundreds of students gathered into the Foy Fitness Center for a talent show. The show was just one of many of the activities that took place during the week of Homecoming.  The show had 16 contestants, and they all brought something different to the table. Apollo, hosted by the Govs Programming Council, featured a variety of acts, whether it was singing, dancing, spoken word or even aerial fitness.

The panel of judges included two professors and one office administrator. There would be four winners who all won grand prizes.

Out of the dozen or so contestants Thursday, judges had to narrow their selection to a top four, and the audience had to choose who placed where. The winner would be picked based on who had the loudest applause.

The four contestants were Tyler Caldwell, who sung a medley of Drake’s song “Controlla;” Maegan Harvey, who did aerial fitness; Tyler Hughes, who sung R. Kelly’s “I Believe I Can Fly” and Hannah Clark, who sung “Who We Are” by Jessie J.

The decision-making process was very intense. First place winner was Harvey. It was between Harvey and Clark, but Harvey’s applause was just a little louder. Second place went to Cardwell, Caldwell and Hughes tied for third. Caldwell, a sophomore chemistry major, described her win as “totally unexpected.”

“There were so many great performances and I could not believe that I actually won,” Aiden said.

Each performer brought different skills to the stage, with the audience cheering and dancing along to different parts of the talent show.

Freshman music major Hannah Clark said she was still in shock, even after a few days.

“I am just proud of myself for even having the courage of going up on stage and showcasing my talent to everyone,”  Caldwell said. “I am also happy that I will be taking home $300.”

APSU was not alone during Thursday’s performance,s however. Comedian Chase Anthony hosted the evening competition, bringing legitimacy and humor between each performance.

Apollo was a chance for students to showcase talents that made them unique in an environment that encouraged unity.