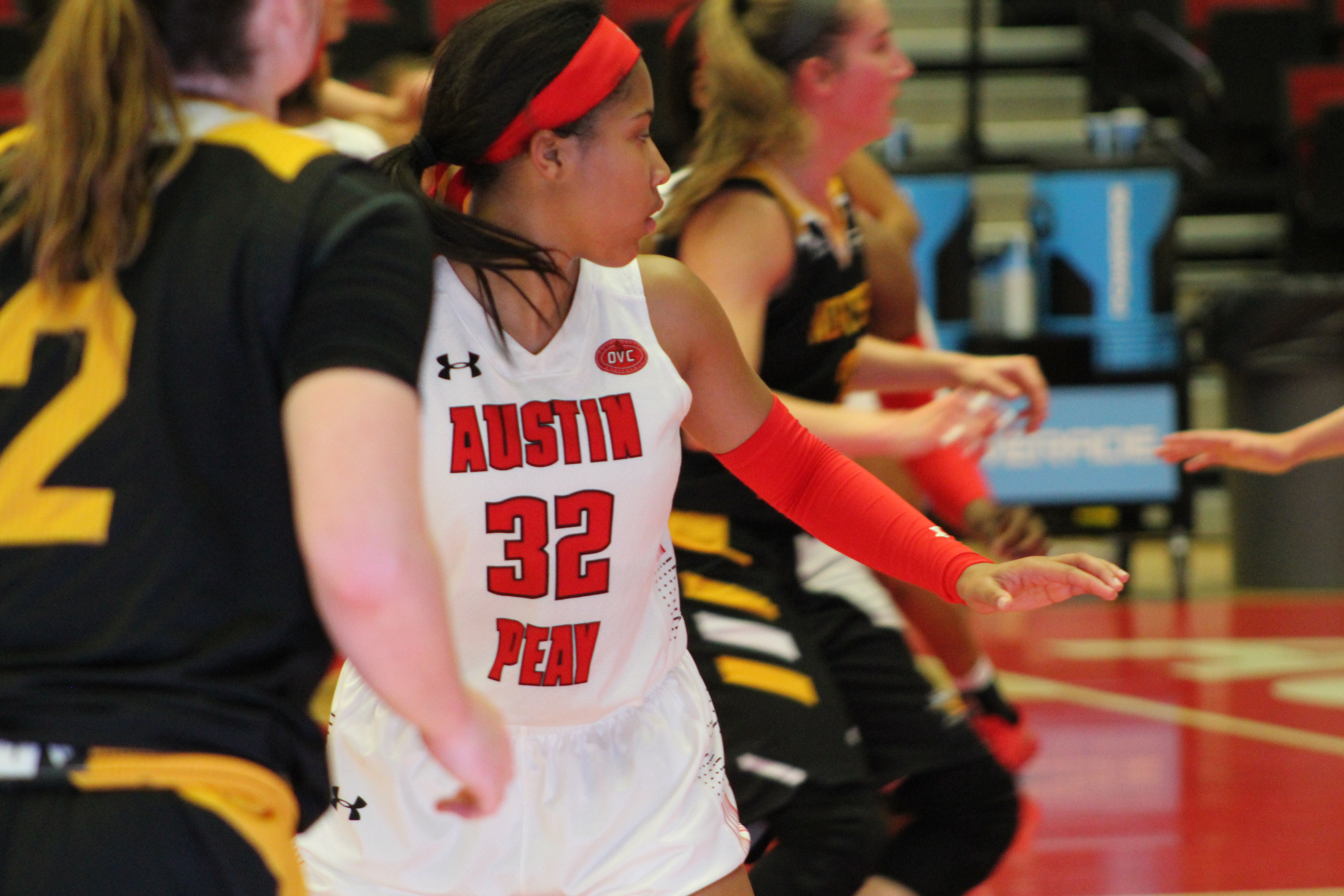 It took nearly three minutes for APSU’s Women’s Basketball team to score in their first road Ohio Valley Conference affair of the 2018-19 season. Hosts Southeast Missouri outshot the Govs (7-8, 2-2 OVC as of Saturday, Jan. 12) by nearly 15 percent in the Thursday, Jan. 10 matchup.

The Govs are still winless on the road in 2018-19 despite their seven road appearances. APSU’s 7-1 record at home in the Dunn Center keeps their record near .500 past the winter break.

“I thought we started off slow with our effort and intensity and that’s not the way you can play on the road. We got down 8-0 and to me that is a big difference in the game. We had to expend a lot of energy to come back, but give our team credit because we did just that,” Head Coach Dave Midlick told letsgopeay.com. “We took the lead in the third period, but they were a bit more aggressive than us. I thought we did have some good shots, but they just didn’t fall. We are going to correct some things and then get ready for Saturday.”

After 2:56 of basketball, senior guard Keisha Gregory buried a 3-point jumper to put APSU on the scoreboard. The Govs fought their way back into the game with a pair of free throws and a couple of 2-point jumpers and matched SEMO with 10 points at 2:14 mark in the first quarter. Kasey Kidwell’s free throw to close out the first quarter inserted APSU in front for the first time of the night.

Despite the slow start, APSU would go through four lead changes and seeing the game time three times across the entire 40 minutes of action.

However, the Govs are on the wrong side of the other trends.

The loss is APSU’s first defeat by the Redhawks in their last five meetings. APSU’s 33 rebounds were their lowest amount since earlier December while the team had a season-low five assists.

However, the worst thing to come away from the matchup is that APSU cannot seem to win on the road. APSU’s start was sluggish. However, the Govs grew into the match and found their footing. Taking the lead was not a rare occurrence for APSU, and at some points, it seemed the Govs could put the game away. Southeast Missouri’s closing surge ended up being sufficient enough to beat APSU. The Redhawks outscored APSU 15-6 to close out the matchup.

Following their road loss to UT Martin two days later, the Govs record away from home moves two 0-7 in the 2018-19 season. APSU will look to correct that on their road trip to Southern Illinois University at Edwardsville on Thursday, Jan. 17. Tip-off is scheduled for 5:15 p.m.