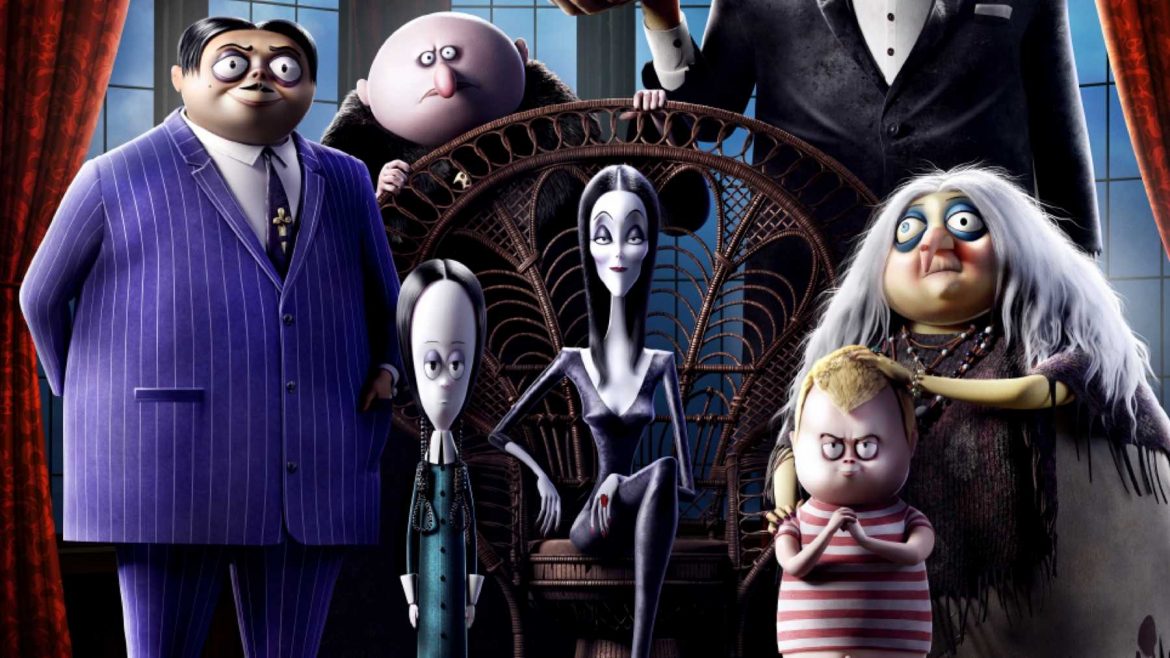 I am sure there are some people wondering if 2019’s “The Addams Family” can hold up to Barry Sonnenfeld’s films. The simple answer is no; it does not even come close, but how does the film hold up otherwise?

“The Addams Family” is a computer-animated comedy horror film directed by Conrad Vernon and Greg Tiernan. It stars the voice talent of Oscar Isaac, Charlize Theron, Chloë Grace Moretz, Finn Wolfhard, Nick Kroll and Allison Janney. The film follows the titular family as they deal with a reality TV show host who will stop at nothing to build her planned community and take the Addams down in her path.

The best way to describe this movie is unambitious. Nothing about the movie feels like it amounts to anything. Its presence does not feel warranted. It goes in and out of your consciousness, and eventually, you will forget this movie even existed.

The humor is macabre, gross and consistently unfunny. The film relies more heavily on pop culture references than character development or interesting dialogue.

There is a scene where Morticia’s spiders form a bridge across a chasm, and she says, “This is what we call surfing the web.”

Watch the trailer for “The Addams Family” below.

There is another scene where the Addams’ extended family are visiting to attend Pugsley’s Mazurka. One of the relative’s face is on fire, and he says, “This party is gonna be lit!”

Despite what the theme song entails, the film lacks any real creepiness and kookiness. This was clearly aimed at much younger audiences, so the film is obviously not going to go to the lengths the Sonnenfeld films did. That does not make the fact that the film’s humor and execution are bare-bones any better.

Aside from the unique character designs of the Addams, the animation does not do much to warrant its presence. It looks like Illumination’s table scraps.

The film has two original songs. One is called “Haunted Heart” by Christina Aguilera, and it is decent. It does not call back to Aguilera’s heyday, but it is enjoyable enough. The other is a rap song called “My Family” by Migos, Snoop Dogg and Karol G. This was a problem I had with the Sonnenfeld films, too. I do not know who thinks that “The Addams Family” and rap go together, but it is a clunky and ridiculous combination every time.

It is a shame that the movie is so bland because the star-studded voice cast is putting their all into this movie. They complement their characters’ mannerisms perfectly, and it never felt like it was an obvious celebrity doing vocal work.             Unfortunately, their talents are wasted on a film that goes by at a meandering pace and does not deliver on the lurid appeal of “The Addams Family.” It was not engaging to watch, but it succeeded in lulling me to sleep at times.