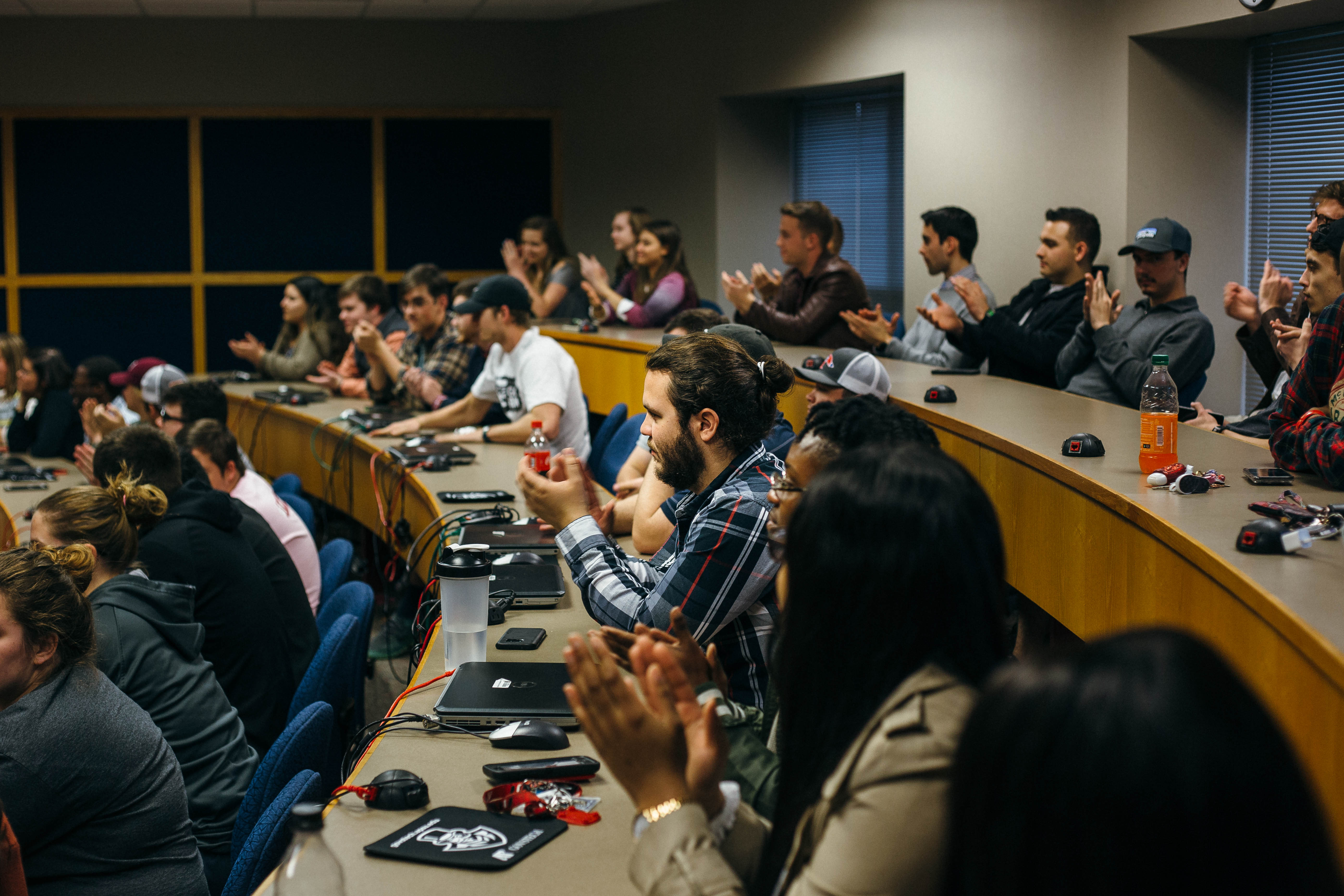 Last week’s SGA meeting got off to an unusual start as Vice President Jordan Reedy admitted lying to the senatorial board the week prior.

SGA meetings can only last one hour.

“Sorry I did that, I know it’s not ethical but it did work,” Reedy said.

Before the new legislation, there was a voting period on Resolution No. 14, which was proposed by Sen. Duane Kessler. The resolution is to send a letter to the Office of Information Technology to request that a parking map be added to the APSU mobile application, Peay Mobile.

Sen. Katie Goosetree proposed Resolution No. 15, “to send a letter to the Physical Plant that they repaint the cross walk stretching across Jackson Ally by Henry Street.”

The crosswalk is between the Art and Design Building and Kimbrough.

Resolution No. 16 is a resolution by Senators Gabriel Spring and Jakob Bertoni “to send a letter of recommendation to the APSU Director of Library Services to install additional cameras in the library.”

Currently, there are cameras only at the entrance and exit of the library.

Resolution No. 17 also pertains to the library. Authored by Sen. Stephon Jenkins and sponsored by Sen. Dereka Jones, the resolution is to send a letter to the Felix J. Woodward Library to extend the time students can check out laptops from three to four hours.

Sen. Lane Manley wrote Resolution No. 18 to “put a crosswalk from Castle Heights to Robb Avenue, with a sidewalk leading to the townhouses.”

The sidewalk would lead to Greek Village.

Sen. Gabriel Spring sponsored and Executive Secretary Colin Crist wrote Act No. 6. The act seeks to amend Article II Section 1 of the SGA Bylaws. The SGA Vice President would appoint a senator as a liaison to the following student centers: the Adult, Nontraditional and Transfer Student Center, the Wilbur N. Daniel African American Cultural Center, the Military Student Center, the Hispanic Student Center and the Office of Disability Services.

Each liaison would be required to meet with his or her organization at least once a month.

Legislation was due on Tuesday, April 17 instead of April 10, as was previously reported.