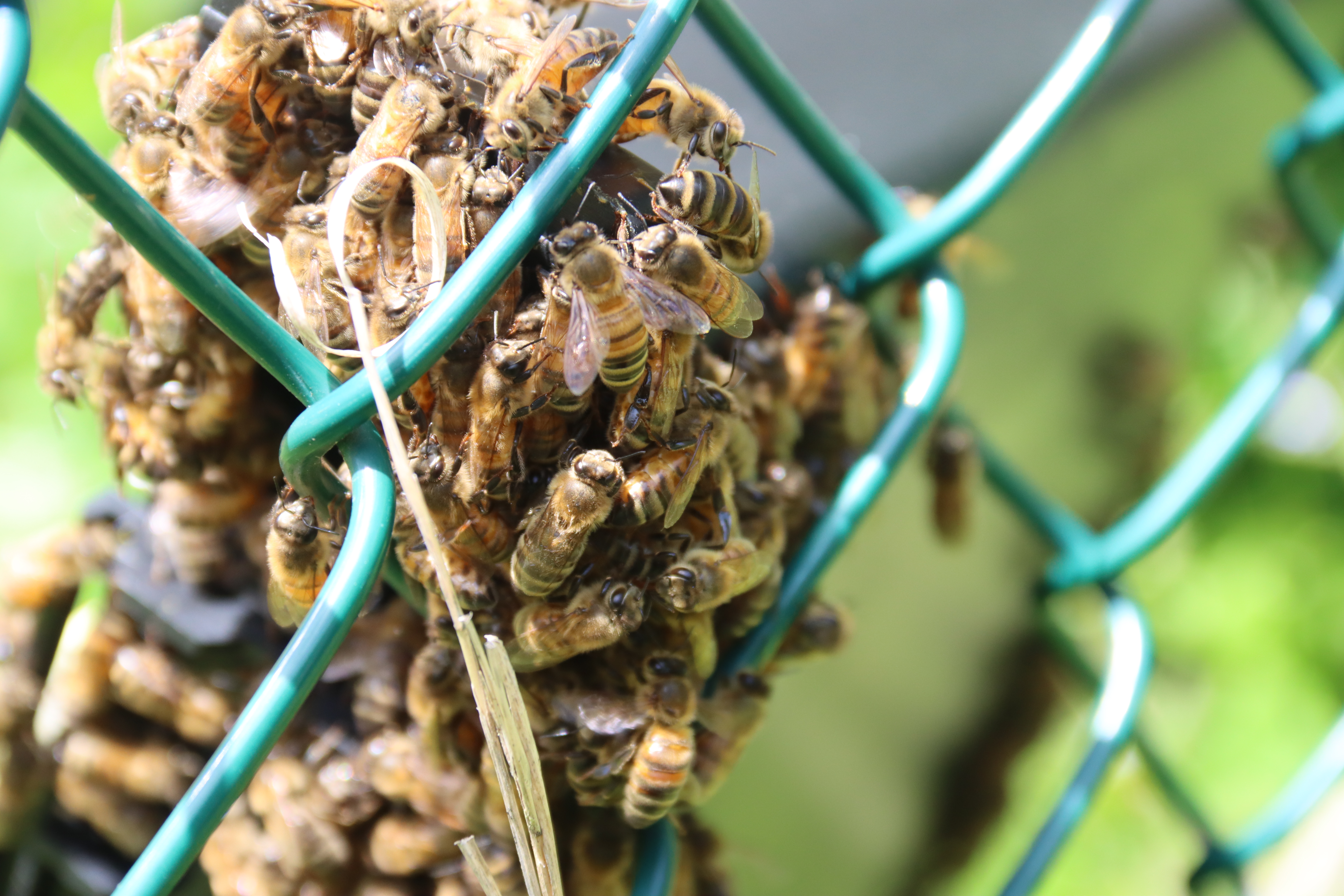 Physical Plant refused requests to spray bees on campus and reminded students that there is very little danger associated with bees.

Physical Plant received the request after a student working on an outdoor project for a department became concerned about the number of bees that were on the surrounding flowering holly trees at the time.

“This department did ask to either have the trees treated or removed. Removal was not economically possible and chemical treatment was not necessary,” Assistant Director of Landscape and Grounds Wes Powell said.

Powell met with the department representative on-site and demonstrated that the bees were not interested in human activity in the vicinity by brushing his arm across multiple trees.  The bees flew up over his arm and went back to collecting nectar.

The representative expressed that many people did not know or understand that there was very minimal danger associated with the bees and requested that an email be sent out explaining just that. Thus, TheGovSays sent out an email to the campus community with a statement from Powell.

Powell explained that Physical Plant will not spray campus bees, because not only are they not dangerous, but they are vitally important to our natural ecosystem.

Due to their vast numbers and the non-discriminatory way in which they collect nectar, bees are the number 1 pollinator in nature and agriculture. Single hives can host up to 50,000 to 60,000 individual bees.  Bees inadvertently pollinate agricultural crops while collecting nectar from flowers.

Pollination must occur in order for many of these plants to produce the fruits and vegetables that we eat. Additionally, bees pollinate foraging plants that farmers use to feed to livestock that we depend on for meat and dairy products. Studies have shown that one out of every 3 things humans eat is a result of pollination.

In nature, bees pollinate non-agricultural plants. Pollination of these plants allows them to regenerate and keep the balance in the biodiversity of our natural world. Plants in nature provide oxygen for the atmosphere as well as food and shelter for millions of birds, insects, and mammals.

“Bees are a keystone to the worldwide food web,” Powell said.

Many of the bees students are seeing come from APSU’s own two hives on the perimeter of campus that support the S.O.S. Food Pantry and Victory Gardens.

Emily Seeney, Coordinator for the Center for Service-Learning & Community Engagement, oversees the hives, the first of which they got in the summer of 2019.

“We have seen a massive increase in the vegetables that we’re producing at the gardens, because of the bees,” Seeney said.

Additionally, the hives have been used for a service-learning class centered around beekeeping in the past.

By next spring the pantry should be able to collect honey from the hives.

The large quantity of bees is what initially concerned the student worker. According to Seeney, even before the pantry got its own hives large swarms of bees would land on campus almost every other year.

“Physical Plant has already been in the practice of not spraying bees. They also know how good they are for campus,” Seeney said.

Seeney also believes some of the fear surrounding bees for students is that some students don’t know how to differentiate between honeybees and yellowjackets.

“They are roughly the same size. The difference is honeybees are really fuzzy. Yellowjackets are just smooth. They’re also jerks. We don’t like yellowjackets,” Seeney said.

While Seeney understands some students’ initial reaction to run away from bees, she wants to remind them that bees are pretty harmless.