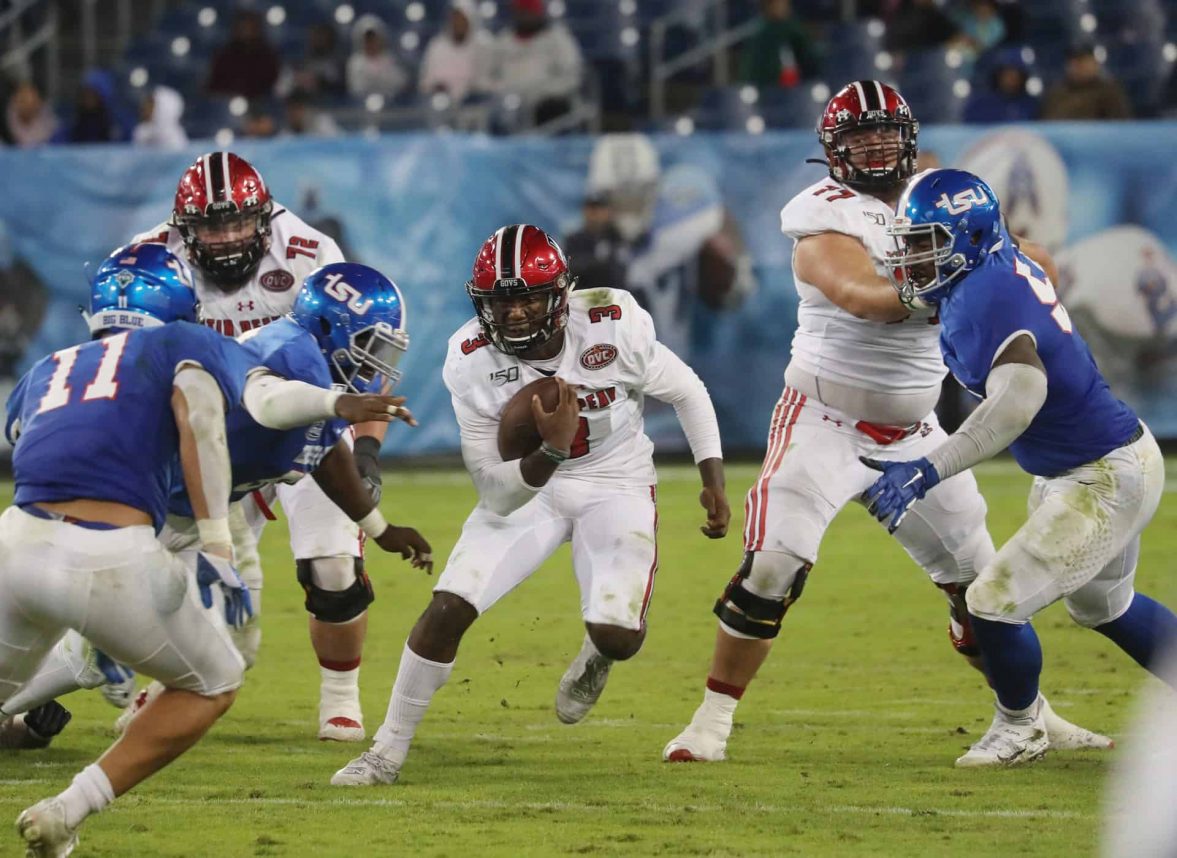 Sports commentary from the bleachers

The final score was TSU 26 – APSU 24 and the thousands of TSU fans in the stadium and all throughout the Nissan Stadium parking lot were buoyant at their good luck. The Governors had lost the game.

The game was lost by a missed field goal from 32 yards out with just over a minute to play. Gov’s kicker Logan Birchfield (9-14 for the season) also missed a 34 yard kick only five minutes of game time earlier. Both kicks were ugly, far-left boots and both times the Tiger’s fans went wild. It was an exciting game right down to the final minute.

Rather than do the traditional rehash of the play-by-play, from where I sit in the bleachers, here are some major issues I am worried about as we go forward toward a possible OVC title.

To start with, JaVaughn Craig was sacked once, hurried several times, had four passes slapped down and sacked once. We have to protect our guy in the pocket.

In spite of all the pressure, punishment and pounding Craig took for the team this week, he still ran in a touchdown, threw for 291 yards to a handful of receivers and caught a pass himself for 17.

If Governor’s fans don’t yet recognize who is getting it done for us on offense, have no doubt it is Craig.

While they may have got a bit dimmer this last weekend in Nashville, If there are still hopes for an OVC shot, Craig has to stay healthy and be able to do what he can do.

Moving on, I am worried about the stamina of our defense.  APSU was winning decisively the first half because of an oppressive defense, ranked at game time number one in the OVC.

Every attempt in the Red Zone by the TSU Tigers in the first 30 minutes resulted in three-point field goals. APSU was up 17-9 because the Tigers just could not get into the end zone.

In his pre-game OVC Shoutcast, Coach Mark Hudspeth said “the Tigers are one of the most talented teams in the league” and said he expected that there would be an enormous challenge containing Chris Rowland “who is leading the nation in receiving, … a future NFL guy.”

The Governors held Rowland to 12 catches for 113 yards and kept him out of the end zone. This was an extraordinary job by our secondary.

But, for all that great play, about halfway through the third quarter, with TSU running a lightning-quick, no-huddle offense, our defense was methodically taken apart and the Tigers were able to move the ball at will.

They marched for 92 yards in fifteen consecutive plays and there was nothing the Gov’s could do to stop them. The assault left our team gasping for air, literally. They were gassed.

Finally, when we got to the time when winning is the name of the game, we had two big chances and the Govs were not able to close. With six minutes and one minute left in the game respectively, the defense had done their job with some three and outs and Craig and company moved the ball within striking distance.

I am sure every placekicker has that game they will never forget, and for Birchfield, this game in an NFL Stadium with 16,000 plus in attendance, will likely be one of his. No need to pile on to what has to be a character-defining moment in this young athlete’s life. To his credit, Birchfield is a redshirt junior who worked his way to this opportunity and he still has more football to play, for sure.

But, if there is going to be a chance to win the Sgt. York OVC title trophy, and there still is, then the Gov’s have to be able to close out a game.

So let’s go over this again. Our offensive line has to take care of Craig, the defense has to get off the field faster and/or have deeper reserves, and we have to be able to kick a game-winning field goal in the last seconds. These are the defining features of every champion, to go further than their opponents because they don’t know any better or any different.

Of course, like any sportswriter, that is easy to say from where I sit in the bleachers. Upon reflection, I am amazed and humbled by the effort by our players this weekend. We definitely have a team on the rise. 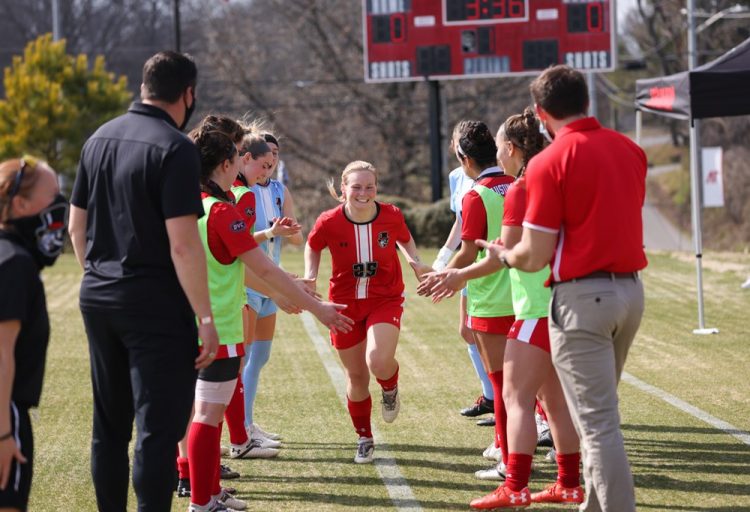