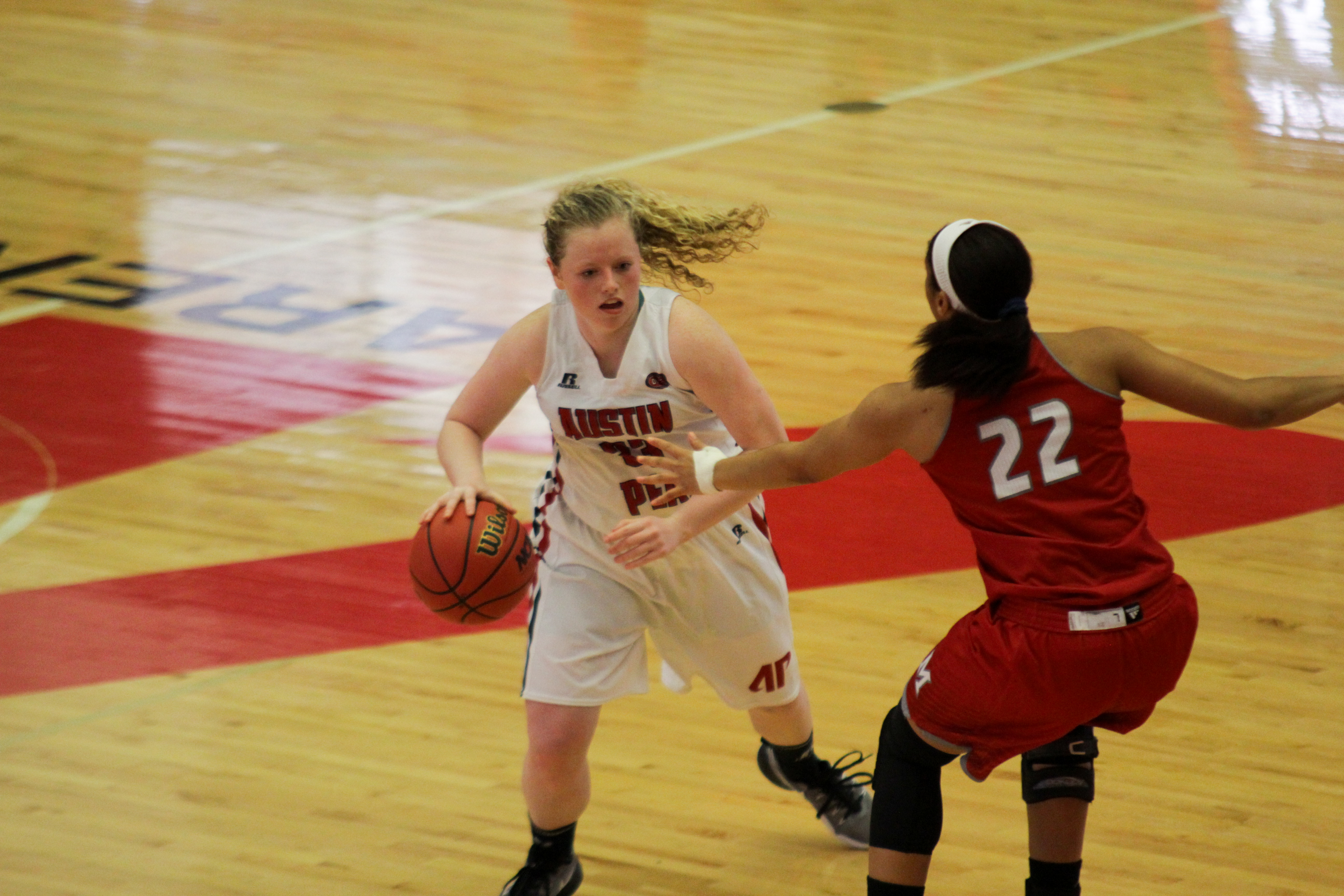 The Lady Govs basketball team came out slow in the second game of the year trailing Christian Brothers 35-31 at halftime before securing the first win of the season 76-57.

APSU (1-1) outscored the Lady Bucs 45-22 in the second half behind a career high 23 points from junior Brianne Alexander.

APSU began to control the game in the third quarter as the Lady Govs put up 27 points in it, the most scored by APSU in a quarter since Feb. 20, 2016 against Murray State. The Lady Govs started clicking in the second half offensively, the half where Alexander scored 19 of her 23 points.

Success in the second half was found not only from Alexander or the bench, but from free throws as CBU sent the Lady Govs to the line 17 times in the third. Alexander excelled at the stripe by going 11-of-16 in the game.

Tearra Banks recorded 15 points while Falon Baker got eight rebounds, seven defensively. The Lady Govs saw success from players individually as all 14 players on the roster played in the game.

APSU continues its home stint as they host Arkansas State at 7 p.m. on Wednesday, Nov 16 at the Dunn Center.