The Lady Govs fended off the Lady Cougars to get a much-needed win and their second OVC victory of the season with a score of 67-53.

The Govs were looking to get two victories in a row against the Cougars, coming off a victory against Eastern Illinois on Thursday, Feb. 14. The Govs jumped on early and kept their foot on the gas. Just under the 11 minute-mark, the Govs were already up by 22.

Over 50 percent of the shots from the field and behind the arch made their presence on the score board, the Govs seemed to do no wrong in the first half.

The Edwardsville natives Anthony Campbell and Will Triggs showed out for their homecoming with a combined total of 18 points, seven rebounds, one assist and one steal in the first half.

The Govs’ biggest lead was 22 in the first half, and they took a 16 point lead into halftime. The Govs jumped all over the Cougars in the second half, pushing the lead to 24 in the early minutes.

The Cougars cut the lead down, but a full comeback was shut down by the Govs’ defense, led by Chris Horton, who broke APSU’s block record by getting seven blocks in the game, only needing six to break the record. The Govs coasted into a second straight victory and their third OVC victory with a final score of 83-71. 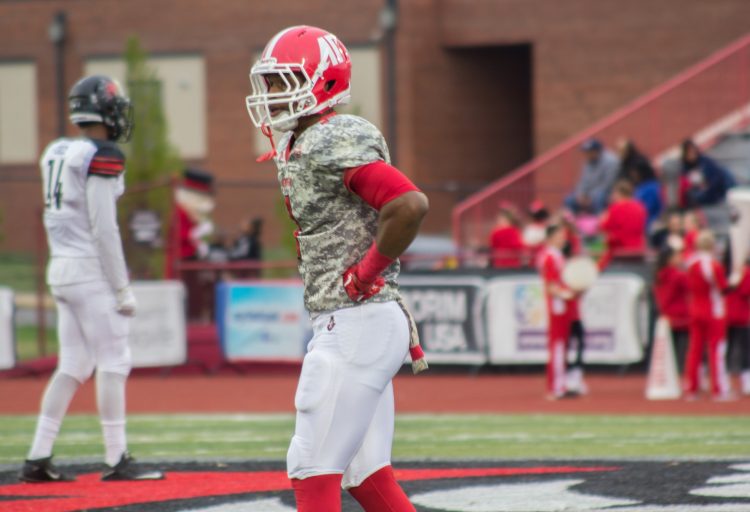