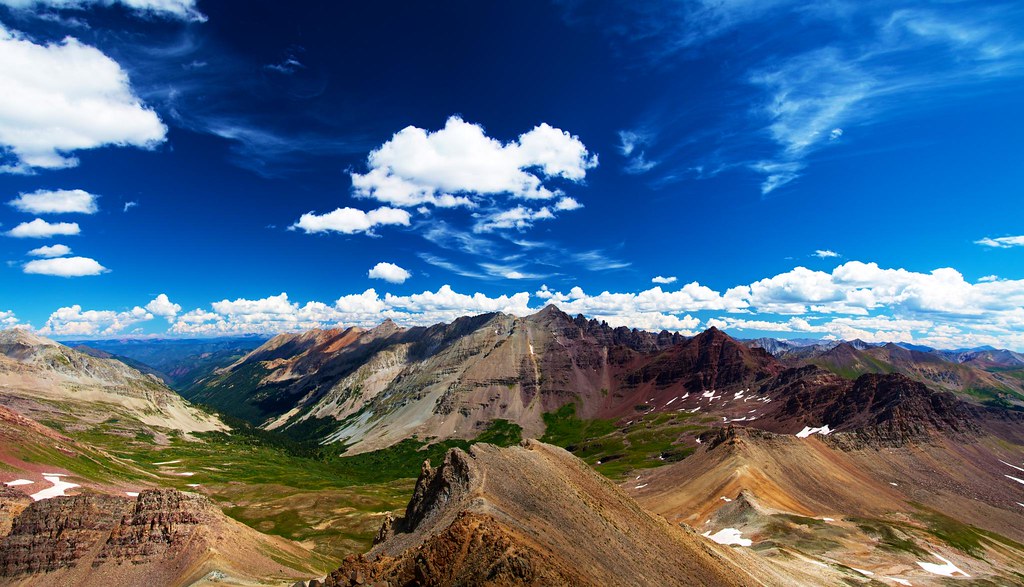 I wrote in my previous article about how people from different places would see Clarksville (or Middle Tennessee in general) weather, so it is time to switch the roles. I spent a whole summer in Oklahoma last year, and I went to Colorado this summer for an internship. I am going to cover Colorado, or rather its high altitude first.

Colorado is a very different story. Although there were plenty of supercells and tornadoes to east of Boulder, a few weather events that surprised me were snow in May, deep hail and lenticular clouds. It’s also much colder at high peaks in Rockies.

My last hike took place in late July, and I started at base of a thirteener and a fourteener (Colorado slangs for 13,000-13,999 foot and 14,000+ foot peaks respectively). It was barely 40 degrees outside at 12,800 feet, and I had my winter gears on while Boulder hit 90 degree that day. Also, my hike was foiled by developing thunderstorms, and I ended up stopping short of summit during my first fourteener attempt.

One notable difference about Colorado is altitude, which also explain wearing winter gears in late July. When I first arrived at University of Colorado at Boulder, I was told to drink water often despite more pleasant weather overall, since it is one of best ways to keep altitude sickness at bay. According to the school website, University of Colorado at Boulder, which sits at 5,430 feet above sea level, is among the highest post-secondary campuses in the United States. That would be enough to cause mild mountain sickness in some people. We had an intern from Georgia who got acute mountain sickness on her first day.

Also, it’s interesting to point out that Western Colorado University, according to school website, sits at 7,700 feet above sea level. To give some perspective, highest peak east of Mississippi River is Mt. Mitchell in North Carolina (6,684 feet) followed closely by its neighbor, Mt. Craig (6,647 feet) and Great Smokies’ Clingman Dome (6,643 feet), according to AZCentral.

However, the highest post-secondary campus in the United States, Colorado Mountain College at Leadville, offers many associate degrees and a few four-year degrees.

Its campus also sits at 10,200 feet above sea level, roughly 9,700 feet higher than the APSU campus. For those living close to sea level, it’s probably worth thinking twice about moving in residence halls at CMC Leadville to live there and work toward Bachelor’s in Education since very serious altitude sickness can occur at least 8,000 feet according to WebMD.

Although classic college tradition of freshmen move-in would not normally hurt anyone outside of few mishaps, suddenly moving in to CMC Leadville from straight sea level without proper acclimatization to altitude could be bit dangerous. I have done multiple hikes over 8,000 feet, including one upwards of roughly 13,500 feet, and it can be difficult to breathe. It also caused few people to get dizzy and even vomit, but I fortunately did not experience that.

Another interesting thing the high altitude lends is much bluer skies. The skies in Boulder were noticeably darker blue compared to Clarksville. That also means the UV is much higher.

I have my share of high altitude sunburns from a camping trip and last hike. I absentmindedly left my hat on table at campsite at 9,000 feet, and my scalp got fried red. I had to use sunscreen often especially in the Rockies.