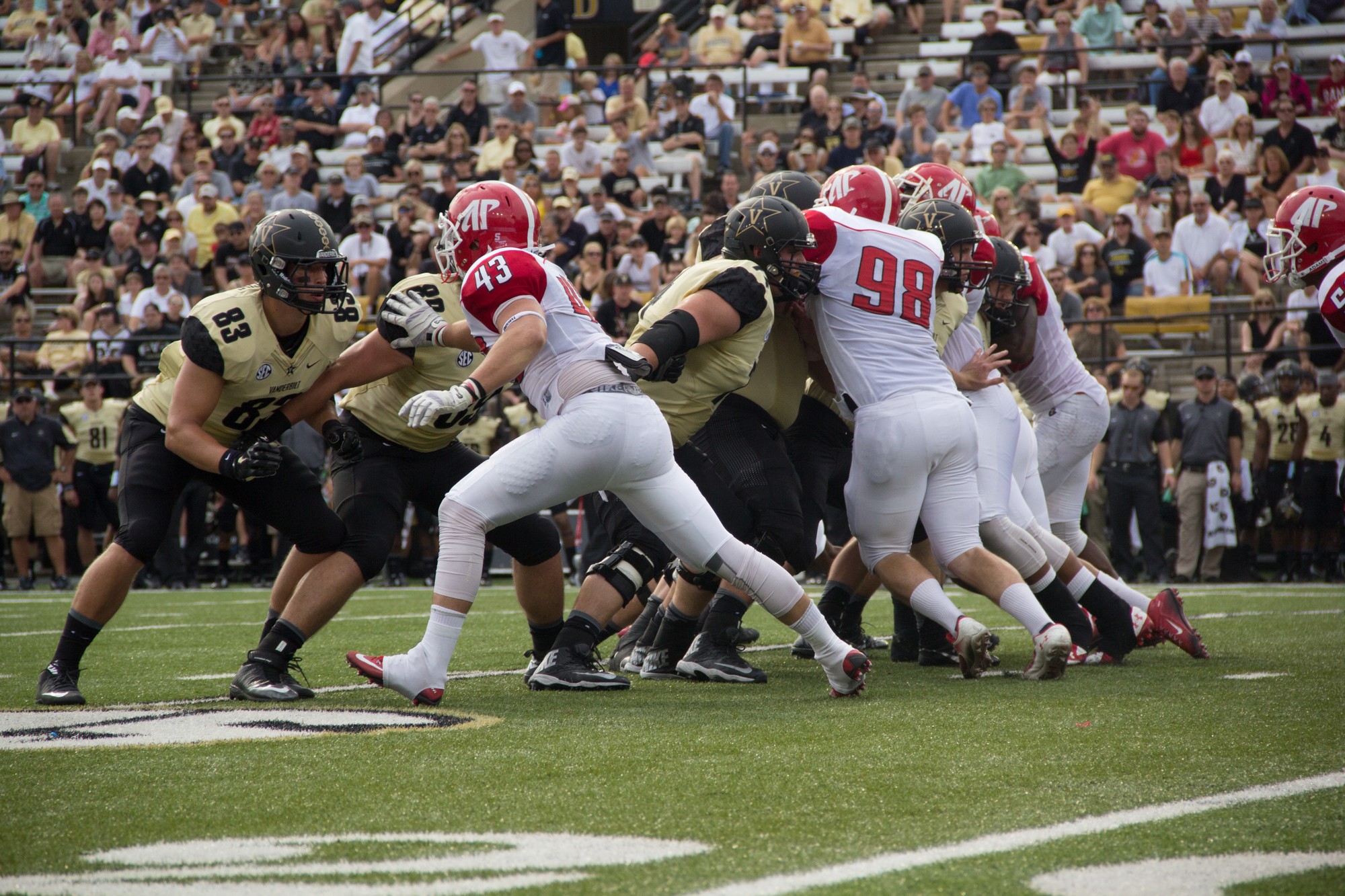 The Vanderbilt University Commodores held APSU to seven points in a (47-7) loss for the third loss of the football season on Saturday, Sept. 19.

Head Coach Kirby Cannon and his team had to figure out a game plan with the recent news of sophomore running back Otis Gerron’s retirement.

Cannon had to rely heavily on his two freshman running backs, Morris and Taye Davis.

“Otis changed the game for us,” Cannon said. “It was a huge blow to the team to lose him.”

The defense was able to hold off a fourth and one on Vanderbilt’s first series of the game, allowing APSU to start deep in their own territory.

After taking the momentum from the muffed punt, Taylor threw a dart to his receiver junior Rashaan Coleman for a 14-yard touchdown to take a (7-3) lead over the Commodores.

APSU held their own in the first half by scoring the first touchdown of the game and only trailing Vanderbilt (19-7) at halftime.

The Govs’ defense spent a lot time on the field because Vanderbilt’s offense controlled most of the possession in the first half.

Vanderbilt came out in the second half scoring on their first drive, a two yard touchdown by Ralph Webb stretching their lead to (26-7).

Vanderbilt added two additional touchdowns making the final score of the game (47-7). APSU had a total of 144 offensive yards.

APSU starts Ohio Valley Conference play this week to take on Eastern Kentucky in Richmond, Kent. at 6 p.m. Cannon and the team is looking forward to recharging from Vanderbilt.

“Eastern is a very good team. Always has been,” Cannon said. “We are looking forward to starting OVC play.”