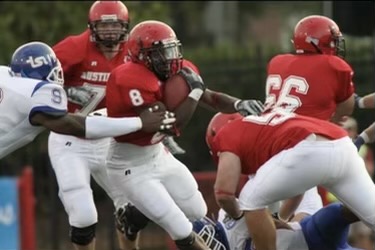 Chris Fletcher breaks through the line of scrimmage while at APSU. | SUBMITTED

There have been numerous student-athletes throughout APSU’s rich history of athletics who have been trail blazers for the Governors of today.

While many of said alumni have since been enshrined into the Austin Peay Athletics Hall of Fame, there are some who have their name painted all over the record books, but have not been inducted as a hall of fame member.

The All State now highlights the career of one of APSU’s most underrated players and arguably the football program’s greatest student-athlete, Chris Fletcher.

A Clarksville, Tenn. native, Fletcher graduated from Clarksville High School where he earned recognition as a member of both the all-district and all-region teams. He was also named as the All-Area MVP in his senior season with the Wildcats.

In his freshman year under coach Carroll McCray, Fletcher accounted for 974 yards on the ground, breaking the school’s freshman rushing record—a record that still stands today.

The biggest improvement in Fletcher’s career at APSU came after his sophomore season. The young back went from 970 rushing yards and seven touchdowns to over 1,400 yards and nearly tripling his touchdown mark.

After an impressive first couple of years for the Govs, Fletcher says he was pulled aside by assistant head coach Steve Haywood, who helped the starting tailback mature and was a leading contributor to his exponential progression from year two to three.

“[When] I broke the freshman rushing record [coach Steve Haywood] pulled me in my sophomore year, because I think I was feeling myself a little bit and had a big head,” Fletcher said. “He humbled me, sat me down, broke down film and showed me how I could be better, and I went on to go from close to 1,000 yards my freshman and sophomore year, to rushing for close to 1,500 yards my junior year and doubling my touchdown output.

“I had like seven touchdowns the year before and went from seven to 18. It was all just from advice from and coaching from coach Steve Haywood.”

Fletcher’s 1,401 rushing yards as a junior ranks behind only Jay Bailey’s 1,687 for most rushing yards in a season in program history. In his senior season for the Governors, Fletcher rushed for 1,343 yards, which is still third for most yards on the ground at APSU.

Fletcher’s final season in Clarksville was in 2007, but his name still appears more than any other back in the team’s record book.

Fletcher ranks first in every major career statistical record for a running back, including: career rushing attempts (935), yards (4688), touchdowns (42) and yards per game (106.5).

When asked if he thinks he could have succeeded in today’s era of APSU football, Fletcher believes he could have even more success of the field due to his style of play resembling that of today’s teams.

“I think I would have had more success,” Fletcher said. “My style of running is fit for the type of offenses that I have seen them play. When I was playing high school football coming out, we were more of an option-geared team and I was never that type of running back. To come to Austin Peay and to run more zone schemes and game schemes and have to learn that type of stuff, I was just learning it then.

“If I was playing now, I would be more prepared and more knowledgeable of what we were doing, and I think I would fit in just fine. I think I would still have if not the same success, close to it.”

Fletcher was the starting running back during a time of change for the program. When he began his career for the Govs, the team was a member of the Pioneer Football League where they had been since 2001. In 2006, APSU left the PFL and became an FCS Independent program. A year later, after 21 years, the university rejoined the Ohio Valley Conference where they have been ever since.

In his senior season, now a part of the OVC, Fletcher was named to the All-OVC first team. Prior to receiving the honor, the last Governor to be named to the conference’s first team was Brian Harvey, who received the award in 1994.

With his playing days now long over, Fletcher has recently turned in his cleats for a headset. Currently, he serves an assistant coach for the Todd County Central Rebels in Elkton, Ky.

While APSU’s football team made their deepest run in the 2019 FCS playoffs, there has not been an individual that has done more at the halfback position that Chris Fletcher.

The Clarksville native is one of the greatest student-athletes in the history of APSU football. As the program’s all-time leading rusher, Fletcher looks to one day have his name immortalized in the Austin Peay Athletics Hall of Fame. 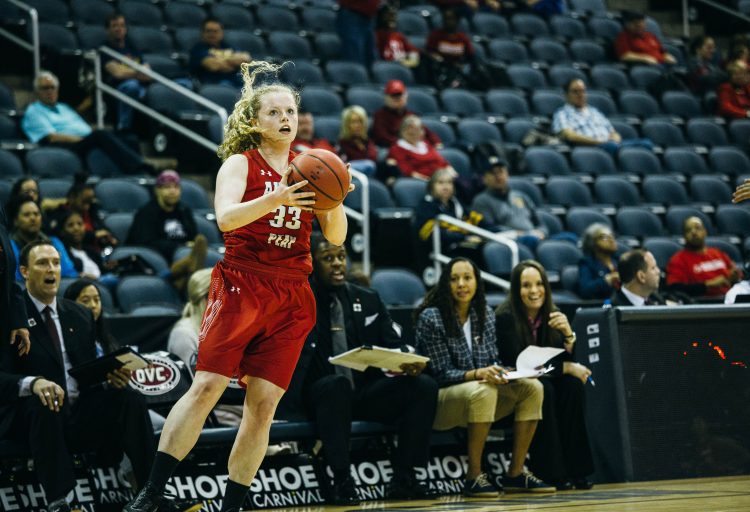