You know what’s weird? When your friends start having babies on purpose.

Like they planned it out and registered at Target and stuff. It’s also strange when you start working with people who were born in the year when you had to learn to tie your shoes before you could start first grade. They are actual functioning human adults who have jobs and responsibilities. Dude. So weird.

As a graduate assistant, I work with freshmen on a regular basis. I’ve been in college since 2008. Most of the students I work with were in middle school when I started college. They’re like little lost puppies.

I started at APSU in fall 2008 as a physics major. Do ya’ll even know how hard physics is? It’s like math on steroids with the alphabet and random made up letters mixed in. And then they like to throw confusing diagrams in there just to spice it up. Long story short, I failed my first semester of college. So then I changed my major. And then I changed it again. And then a couple more times just for giggles. I finally landed on double majoring in history and political science, two of the least useful college degrees. My bachelor’s degree is only slightly more useful than a degree in Russian horticulture studies.

It took me five years to graduate. I spent the entire lifespan of a kindergartner in college only to be unable to get a job.

So then, like thousands of other college students across the country, I decided graduate school might be a good call. At first, I thought something like, “I can get an assistantship and tuition will be paid for. Why would I turn down a free master’s degree?” Which is all true. But …

Grad school is really hard. It’s the hardest thing I’ve ever done plus some extra confusion and depression on top of that. So, for future reference, you should really think through your decision to go to grad school, because it could be a whole lot harder than you were really expecting. 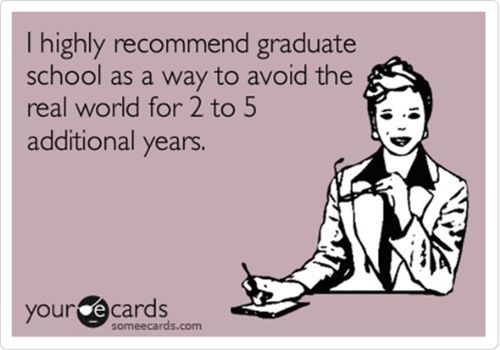 My point is that even though I’ve been going to school for a really long time, I’m still learning. I definitely do not have my life together. Last week, I trapped a bug on the wall under a to-go cup and then got stuck for 15 minutes trying to figure out how to get the cup off the wall without letting the bug out. My life is a mess. And that’s OK.

College freshmen and sophomores — and even juniors and seniors — always seem to have this idea in their heads that they have to have their lives together before graduation. And that’s great, but not for everyone. Sometimes, you spend a summer sleeping on your parents’ couch and applying for jobs before giving up and going to grad school. That’s totally cool. You do you. If you need to take a year off and go to some new city and drive one of those totally rad horse and buggy things for a year, then do it. As long as you’re happy and can fulfill your obligations, then do it.

You have your entire life ahead of you to work. This is the time you have the least responsibilities and the least amount of real-life grossness to deal with. So take advantage of your time in college. Take some ridiculous classes. Learn to ballroom dance. Play croquet at 11 a.m. on a Tuesday. The happier you are, the more you will be willing to work hard and do great things. So be happy now. There’s plenty of time to be stressed later.

Some States Will Reopen National Parks 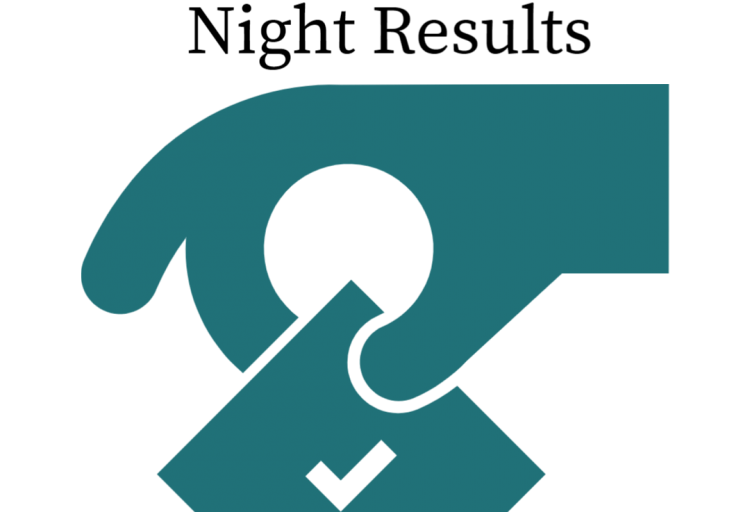