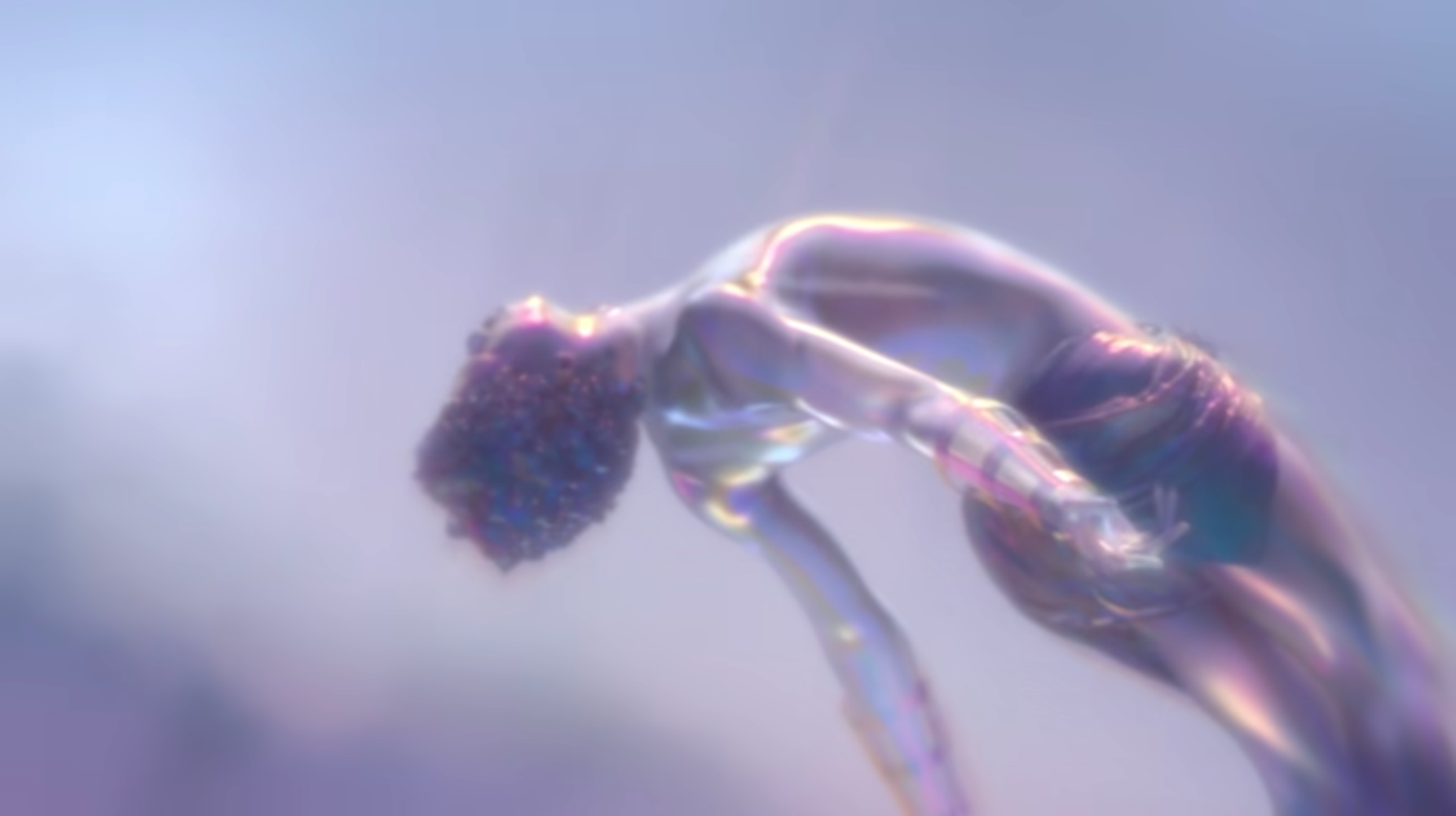 One of my favorite LGBTQ+ movies is “The Birdcage,” starring Robin Williams and Nathan Lane. The film follows a gay couple played by the titular leads. Armand (Williams) owns a drag club underneath his condo, and Albert (Lane) is the star. Their son Val wants to marry a girl named Barbara, whose parents are right-wing conservatives.

Barbara’s father is Senator Kevin Keeley (Gene Hackman), who is the Vice President of the Coalition for Moral Order. His only reason for approving the marriage is because his co-founder is found dead in the bed of an underage Black sex worker. He does not know their true status, so he believes a “white Christian wedding” can protect their image amidst the scandal.

The movie always made me laugh, but after getting into politics and social justice, it especially makes me laugh now. Since Anthony Weiner, I have seen both right-wing and left-wing politicians do this nonsense while claiming utmost piety. Right now, you probably heard about either the Matt Gaetz scandal or alleged photos of Hunter Biden, some pornographic film actresses, a dog on the bed and a Squirtle plush toy in the background.

Every time a politician or pundit goes after someone (either an easy target or a marginalized community as a whole), they desperately kick the skeletons back into their closet to keep from showing themselves. It becomes more about proving oneself as above it all than it does about addressing any topically relevant issues at hand.

That is how I feel about the controversy surrounding Lil Nas X.

Since July of 2020, Lil Nas X teased the release of his song “Call Me By Your Name.” Out of the snippets he shared from his upcoming debut album “Montero,” this was arguably the most hyped within his fanbase. During the Super Bowl LV, he featured the post-chorus in a Logitech commercial. After that, he confirmed “Call Me By Your Name” would be the next single.

On March 25, he released both the song and an accompanying music video. The video features charged imagery that references Biblical symbolism, such as the first temptation and the trial by Pontius Pilate. It features a quote from Plato’s “Symposium” and the Latin phrase “Damnant quod non intelligunt.” Together, it says, “After the division the two parts of man, each desiring his other half; they condemn what they do not understand.”

Oh, and Lil Nas X pole dances into Hell, gives Satan a lap dance and kills him to take the throne of the underworld. Guess which aspects of the video reactionaries focused on.

Despite the song receiving acclaim and becoming Lil Nas X’s second number-one hit on the Billboard charts, conservatives slammed the video for allegedly promoting Satanic visuals and being harmful to children. The additional brouhaha came from the personalized “Satan Shoes,” a customized pair of shoes Lil Nas X then tried to sell through MSCHF Product Studio, Inc. This prompted a lawsuit and restraining order from Nike, temporarily blocking sales of the shoes.

One of the first things I thought was, “Hey, where did all of the anti-cancel culture folk go? I swear they were just ranting about Dr. Seuss being censored. Clearly, they would have to be upset at this!”

Another thing that caught my attention was the thumbnail of a Matt Walsh video titled “Pop Culture Predators.” It featured artwork of the Pied Piper luring children to him, except the photo has Lil Nas X’s face in the drawing’s place.

Why does this sound so familiar?

In 1992, Madonna released a book titled “Sex” to promote her fifth studio album “Erotica.” Her book featured softcore pornography, including depictions of sadomasochism and homosexuality. At the time, this received backlash from critics and supporters alike, saying the simulated sex acts were too explicit. Organizations such as the American Family Association and a division of the Southern Baptist Convention protested Madonna’s book. One of the protestors even referred to her as the “Pied Piper of Perversion!”

Moral panic within music communities is nothing new. John Lennon referred to him and the other Beatles as “more popular than Jesus,” which earned the ire of American Christians. There were accusations of backmasking during the Satanic panic of the 1980s. The most known example is when Trinity Broadcasting Network accused Led Zepplin’s “Stairway To Heaven” of containing secret devil worship over a decade after the song’s release.

The closest thing to a moral panic I grew up in was the response towards Lady GaGa’s use of religious symbolism in her music, such as “Alejandro” and “Judas.”

I remember trying to hate her as a teenager. At that age, you often love or hate what you are told to because it is easier than going against the grain and thinking for yourself. Because people I knew and popular media mocked her without acknowledging her artistic value, I went along with it without complaint. Now, I not only respect her as an artist, but I also love the songs people called “Satan-apologetic” or anything of that ilk.

The idea of this worrisome rise in “beelzepop” should seem ludicrous to most people. Then you remember we are still living in an era of paranoia towards every possible source that disproves the radicalized QAnon narrative. If a cringeworthy song Justin Bieber released about his “yummy” girlfriend led to conspiracy theorists calling him a baby-eating pedophile, “Call Me By Your Name” was prime outrage bait.

Secondly, the idea that you are a suspicious character for making art for children and adults separately is asinine. If you were to look at the list of guest stars on “Sesame Street,” you would be surprised how many of them have starred in adult media (e.g., Will Arnett, whose ubiquitous role to date is the title character from “BoJack Horseman”). When you are making content for child-friendly spaces, you are expected to act appropriately. However, those rules do not apply once you leave that space. The issue should lie in maintaining an ethical duality rather than opposing the existence of the content itself.

On that note, nothing about “Old Town Road” is for children. It still contains references to substance use and adultery. Just because it sounds like a song about a horse on the surface does not mean there is nonexistent subtext. If your child can listen to it without complaint, good for them. But artists are not your nannies. You need to be responsible for your viewing experience, as well as that of your children. There is only so much an artist can personally do before it becomes clear negligence on your part.

I love “The Birdcage” but I did not watch that movie until I was almost 18. My parents very bluntly told me I was too young to watch it, and that was it. It did not take a genius to understand that watching Robin Williams in “Aladdin” and “Robots” does not mean his entire filmography is the same.

Additionally, I watched a music video that showed Katy Perry shooting whipped cream out of her bra when I was 12. I listened and sang along to Nicki Minaj’s songs as a teenager without ever knowing the innuendo within her stage name. I listened to songs such as “If U Seek Amy,” “Thnks Fr The Memories” and “My Humps” without getting the references to sex. I listened to songs such as “For Your Entertainment” and “S&M” fully knowing it was about sex. But nothing about my viewing experiences should speak ill of the aforementioned musical artists.

With all of those things accounted for, why is there such outrage over Lil Nas X’s song? It is because he took away the control conservatives want to have over our community.

Lil Nas X wrote the song and video with the intention of combatting what Christian communities taught him about sexuality. He described spending his teen years hurt and angry because of what people said will happen to him. Instead of accepting he is hellbound at face value, Lil Nas X took control of the narrative meant to make us queer people hate ourselves. He could go to Hell, and he is OK with that because he will no longer spend his life hating himself for being gay.

Conservatives tell us we will go to Hell or joke that we should be put on an island and blown up. When an openly gay artist combats this mentality along with the systemic religious structure that enforces it, that is what scares them. This has nothing to do with whether children will be scarred or if what he did was truly in bad taste. It is because a gay Black man said he will no longer be afraid of homophobes trying to tear him down.

Nothing is scarier than someone from a marginalized community standing up for themself, so their oppressors grasp for any straws possible. In this case, they utilized the historically devastating stigma that queer artists are preying on children and Black artists are a cultural threat to American politics.

As fun as it is to watch the detractors get clowned on, we need to remember that this is moral panic at its finest. If you can laugh at the baseless accusations of metal bands in the 1980s being Satanists or Madonna being a dangerous Jezebel figure, save that same energy for a Black gay artist being harassed for how he chose to embrace his queerness.

If you supported Lil Nas X during the era of viral TikTok fame, continue to support him as he comes to terms with himself as an artist and a person. He will no doubt continue to face a lot of heat, so making sure we continue to uplift Black queer artists in response makes this easier to handle in the long run.

And if you still believe Lil Nas X is a demonic influence or that he deserved the backlash he got, I have only one thing to say: stay mad. 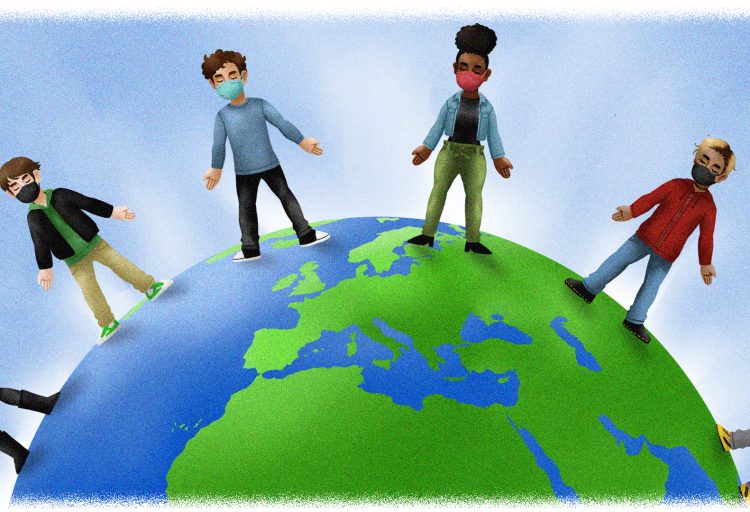 Sustainability is the most important voting issue right now