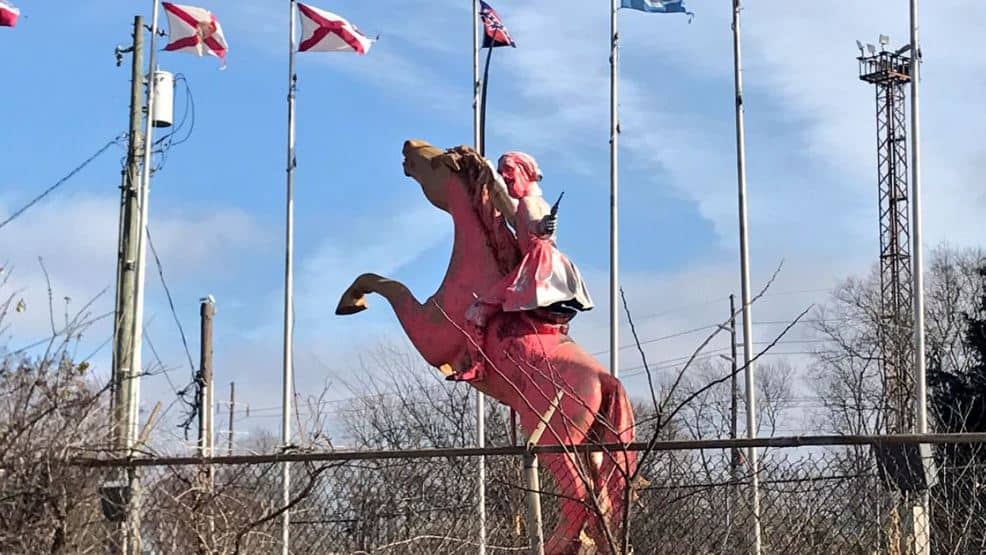 NASHVILLE, Tenn. (AP) — A Confederate statue on private property along an interstate in Tennessee has been painted pink in the latest act of vandalism there.

The Tennessean reports the statue of Nathan Bedford Forrest seems to have been painted late Tuesday or early Wednesday. The statue portrays the early Ku Klux Klan leader and former Confederate general riding a horse.

Owner Bill Dorris said the statue has been “shot at six times,” among other acts of vandalism. He said he plans to leave the pink paint, which he expects will turn red in sunlight and attract more attention to the statue along Interstate 65 south of downtown Nashville.

Dorris said as many as a dozen cameras are posted on his property. He is waiting for assistance reviewing footage to try to identify who is responsible for the paint job.

Another teen from juvenile jail breakout is found