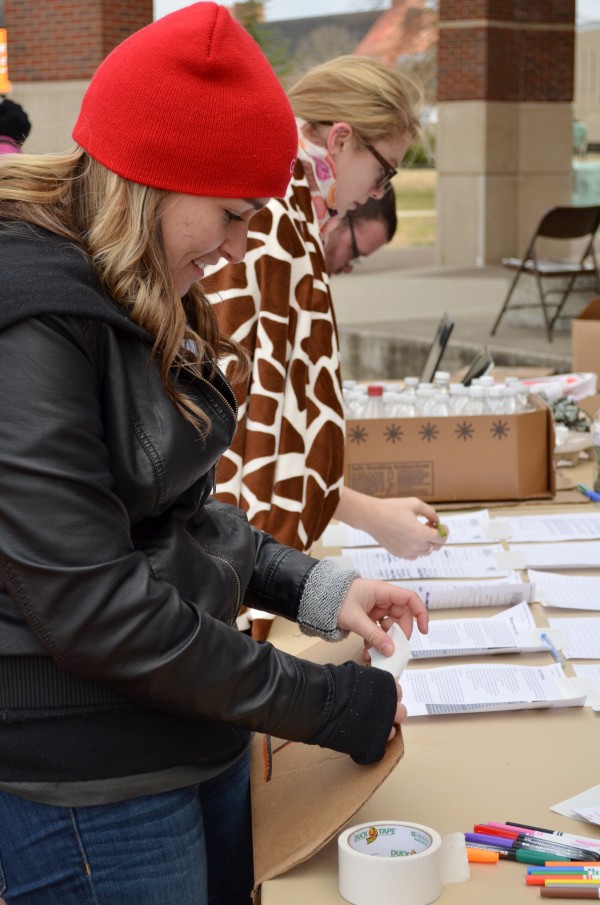 Anywhere from four to 35 APSU students stood in the UC plaza over a 27-hour period to raise awareness for the 27 million slaves around the world.

The Stand for Freedom participants took to the plaza at 1 p.m. on Wednesday, March 6 and didn’t leave until 4 p.m. on Thursday, March 7. A few committed participants stayed for the full 27 while others signed up for shifts when they could. One participant even rescheduled her midterms.

One student participant who stood for the full 27 hours, Haley Richards, has always wished she could ask her great-grandparents why they didn’t stand up for the slaves in America, but in researching for this event she discovered there are more slaves now than ever before.

“We can’t do nothing,” Richards said. “We can all come together and agree this is wrong.”

The Stand for Freedom was a national event held March 5-15 organized by the International Justice Mission organization. Hundreds of events were held and more than $50,000 in donations was raised nationwide.

Richards’ and the other organizers for the APSU Stand’s number one goal was to simply increase awareness of the prevalence of slavery around the world. While there are dangerous conditions internationally, some slavery is closer to home: Atlanta, Ga. is number one in the nation in slavery, mostly due to forced prostitution including that of minors.

Junior Ben Biesendorfer prepared by getting the word out to campus organizations, speaking in fraternity houses about the issue, and helping with the set-up in the UC plaza.
“I’m mentally and physically prepared,” Biesendorfer said an hour into the stand as the temperature began to drop. Richards said the participants in the stand were triple-layering, prepared for the long night with money donated for pizza or hot chocolate, and lots of blankets.

Eight hours into the stand, the participants were going strong in the light of the UC plaza lamps, a handful throwing around a Frisbee and others speaking with the late-night passers-by.

Josh Alston used to go to APSU and is still connected to some students and heard about the event from Biesendorfer. Alston was stunned by how few people know or care about the issue and was excited to stand for something.

The group made it through the 27 hours of raising awareness on campus, ultimately raising over $300 for the cause and recruiting 426 people to sign the petition that will be delivered by IJM to the White House along with petitions from across America. 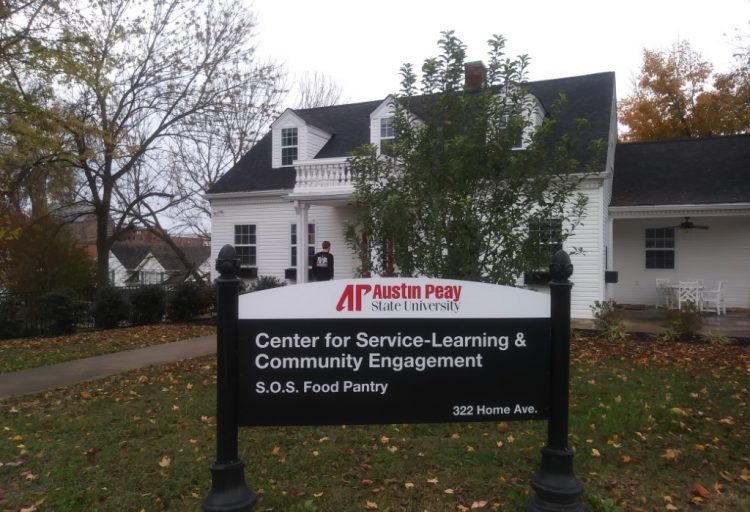