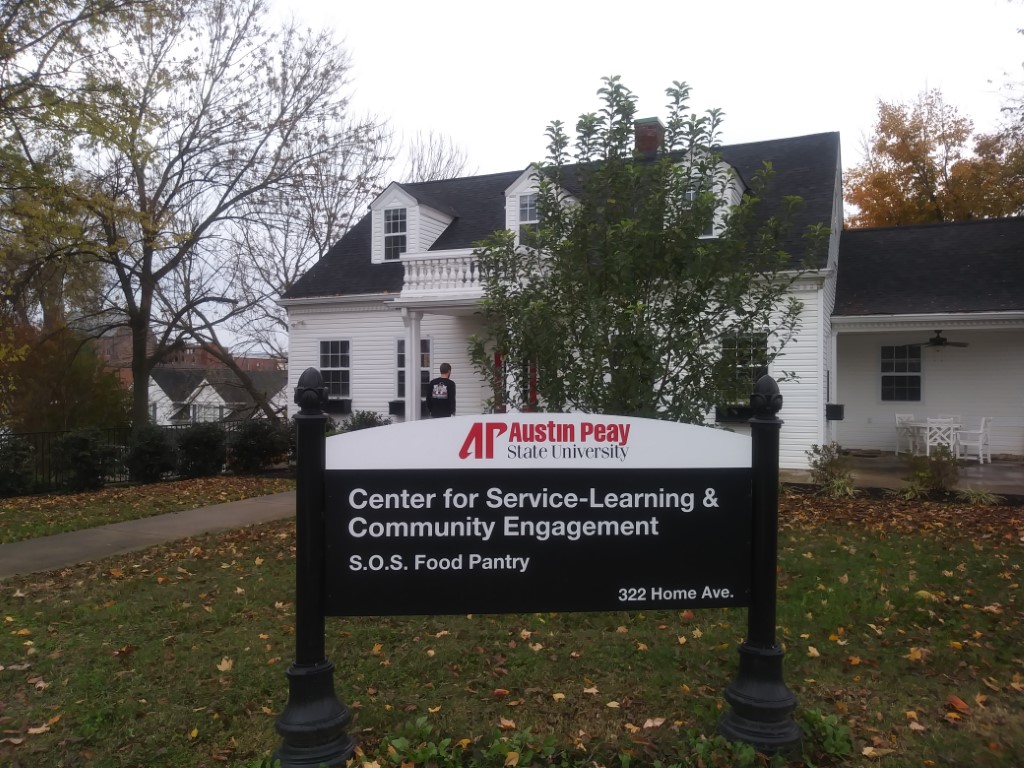 The Student Government Association (SGA) convened to address the current situation of APSU’s food pantry. Alexandria Wills, the Director for the Center for Service-Learning & Community Engagement came to the meeting to speak about the Save our Students (S.O.S.) Food Pantry.

The S.O.S. food pantry began seven years ago for the purpose of providing students and their families food. According to the SGA meeting minutes, they also offer appliances, furniture, home goods, toiletries and casual clothes in the green room.*

Students can visit the pantry every week and collect enough items to sustain their family for three days. Moreover, the pantry helps students during times of emergencies, such as car accidents, house fires, medical emergencies and more.

Wills explained that in the span of three and a half months, the pantry handed out nearly 8,000 items in food. The pantry gave out an amount of food to people not typical for the organization. The spike in demand arose due to the recent government shutdown.

However, the food pantry and closet is meant to be a campus-wide project. All food is supposed to comprise of APSU donations from faculty, staff and students.

The largest contribution comes from Food for Fines, where students are able to get out of a parking ticket in lieu of food item donations.

Unfortunately, the recent turnout for Food for Fines was drastically low. For the first time in seven years, the pantry had to purchase food to keep stock. Therefore, Wills asked  President Courtney Covington to spread the word and enlist help from other campus organizations.

During New Business, Senator William Cody read the entirety of Resolution 19 to the Senate body. This legislation consists of a one-time gift of $1,500 to SOS Food Pantry and to add this gift to SGA’s ongoing budget.

During announcements, Sen. Heather Haun moved to gift $1,000 to the Military Student Center for their book lending program. It was clarified that this action must be done through legislation but was open for discussion.

Comments from senators varied; one worried it may appear that SGA was favoring MSC over other organizations and another mentioned a possible book donation.

Announcements were completed and the meeting adjourned at 5:41 p.m.

*Editor’s Note: This story originally stated the S.O.S. Food Pantry operated a thrift store. This was an inaccuracy from SGA meeting minutes of Feb. 6, 2019. According to the Center for Service Learning and Engagement, the S.O.S. Food Pantry has a green room which offers appliances, furniture, home goods, toiletries and casual clothes.