During the Student Government Association meeting Wednesday, April 15, President Zac Gillman introduced the idea of a SGA app and more legislations were proposed.

The idea of creating an SGA app was mention by Baylee Farrar during an interview for the chief justice position. With the idea, Gillman quickly started the process of design and hopes for the app to be launched by the end of the semester.

“SGA will have full control over what goes in the app,” said Gillman. The app hold different categories such as legislation and acts, signature events, SGA members and executive board’s office hours, student discounts and the Peay Pickup route.

Students will also be able to submit parking ticket appeals and vote during future elections. The SGA app will also provide a link to APSU’s newspaper, The All State. In his excitement with Farrar’s idea, Gillman said, “we collaborated to make that dream a reality.”

Resolution No. 30, sponsored by Sen. Kramer Reynolds, advocated for speed bumps to be installed on Ford Street. During the discussion, Sen. Ryan Honea opposed the idea of speed bumps. “Speed bumps aren’t as affective as people think,” said Honea. “They are actually a hindrance to emergency vehicles because speed bumps make it harder to get to the scene.” After the discussion, the resolution was rescinded.

In new business, two acts and four resolutions were announced by the sponsored senators. Act No. 6, sponsored by Sen. Jesse McGaha amended Article V Section 2 to specifically say that the interference with another candidate’s campaign in a negative manner is strictly prohibited.

Resolution No. 31, sponsored by Sen. Ankit Patel creates a central repository for syllabi. The legislation claims that a central repository of syllabi would help students better understand what an individual class’ work will involve and the students will not be surprised of the workload of the class.

Resolution No. 32, sponsored by Sen. Kramer Reynolds, will incorporate dead hours two days of the week in APSU’s weekly scheduling. The legislation affirms that during these dead hours students will have time to partake in school activities as student organizations will have an open hour to conduct their meetings.

Resolution No. 33, sponsored by Sen. Dylan Kellogg, will send a formal recommendation letter to the Physical Plant asking the outdoor LED sign outside of Sundquist Science Complex be dimmed at night.

Resolution No. 34, sponsored by Sen. Laken Bowlin, will send a formal letter of recommendation to the Student Transition Office asking a component about emergency procedures be added to the Transition to the University, APSU 1000, curriculum. 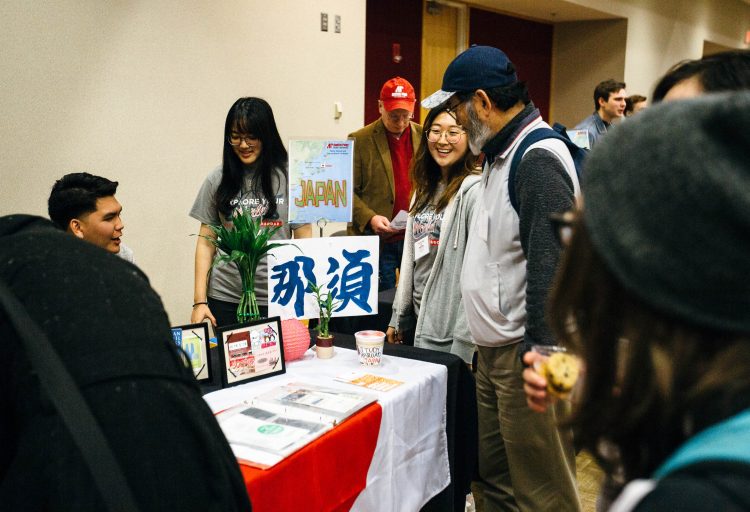 Be BOLD and Study Abroad