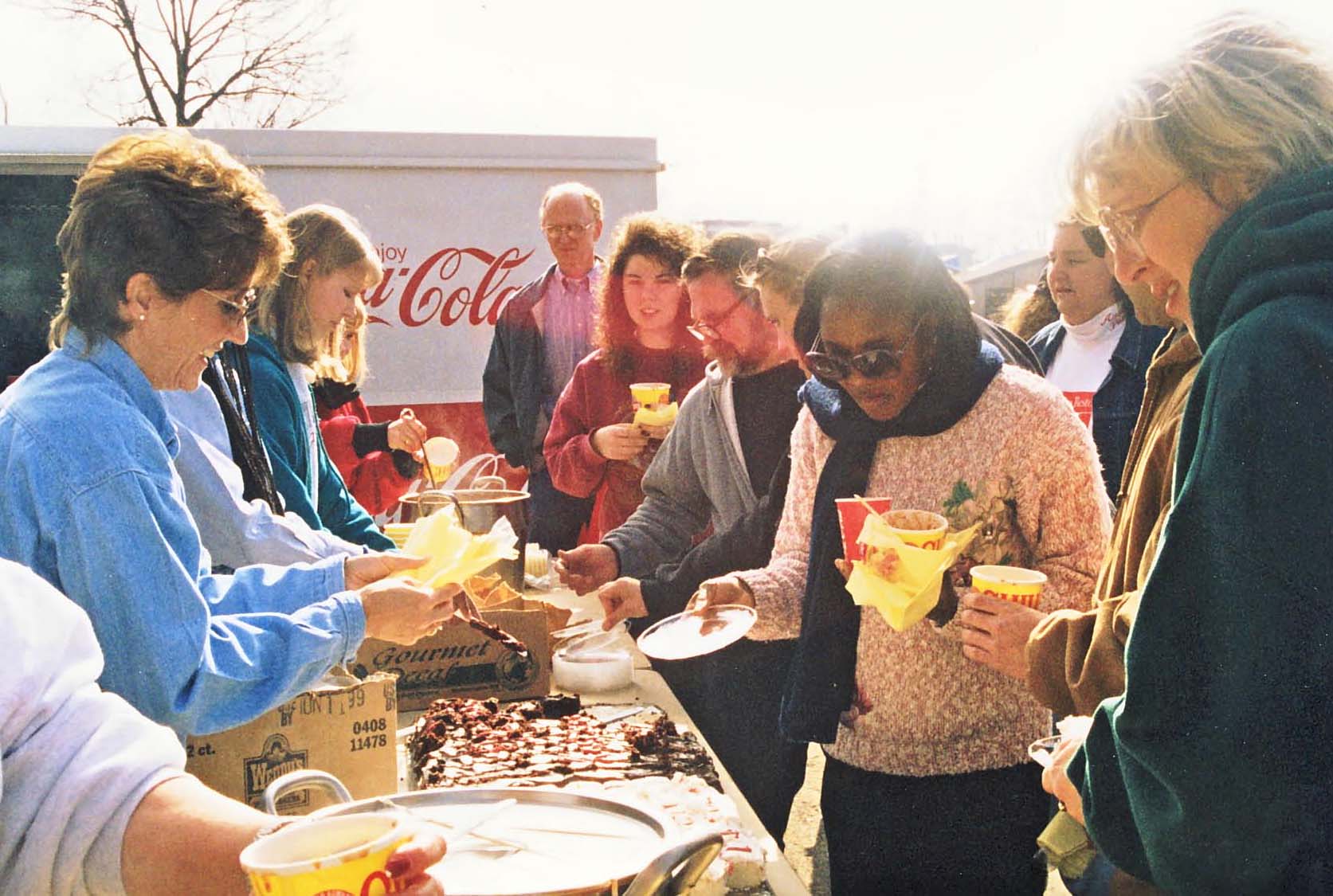 Two decades is a long time, but the passing years have done little to dull the memories of that January 1999 morning when a huge twisting wind tore through Clarksville.

I remember being awakened by the storm and seeking out some news about what had happened. Television news reports soon confirmed an intense storm had hit Clarksville. As Executive Director of the Clarksville Area Chamber of Commerce, my first instinct was to check on our business community, so before daybreak, I set off for the Chamber office on Madison Street. 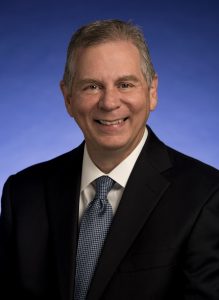 It didn’t take long to realize our city had taken a severe hit. Streets along the way were littered with downed trees and limbs.

Once downtown I saw the stark evidence of destruction. While the Chamber office was nearly unscathed, the Madison Street United Methodist Church, normally across the street, was now literally in the street. That scene — the recently renovated church ripped to bits and strewn in the road — became the iconic image of the storm that remains in my mind’s eye.

Amid attempts to call community leaders and business owners, as daylight broke, I walked the full perimeter of downtown. The familiar streets and buildings that I had known for years were largely in ruin, and slowly the numb disbelief was replaced by a sense of clarity.

I knew that we had to rise to the challenges created by the storm, and I knew we would have a long and intense struggle to recover and rebuild.

The energy that unfolded in the next few days was amazing. Neighbors helped neighbors. Entire companies of soldiers showed up from Fort Campbell with tools and strong backs to start removing debris and clearing the streets. Congregations that had been spared from damage quickly welcomed the members of the stricken churches into their houses of worship. I remember we all gave thanks to God that despite the extreme damage, Clarksville had been spared from a serious loss of lives and injuries.

In the following weeks and months, the Clarksville community continued to pull together. County and City leaders began the hard work of clearing damaged structures and planning for ways to rebuild.

The Chamber building became home to a group of Small Business Administration staff, which remained in town for nearly two months to process business owners’ requests for federal grants and loans. As Chamber leader, I helped facilitate committees and meetings to begin the rebuilding and recovery process. 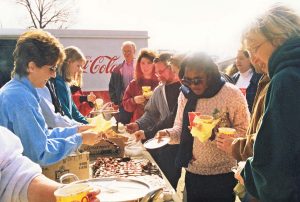 Over the course of 1999 and even into 2000, it felt like time stopped, as Clarksville citizens and especially the civic leaders put all available energy into reviving our stricken community. As a result, a lot of great work was accomplished — the historic courthouse was restored, Franklin Street was improved, a new courts center was added, Austin Peay State University recovered and added new facilities and homes were rebuilt.

Of course, not everything we lost was recovered, and not every solution turned out perfectly, but we have made a lot of progress, which continues today, toward restoring and regrowing a thriving downtown.

Perhaps the enduring impact of the tornado of 1999 is that it caused our community to re-prioritize downtown and to realize how important it is to preserve and promote a thriving historic core of our city. Those goals are still important today, and still at the heart of our shared desire for a prosperous, growing and ever more successful Clarksville. 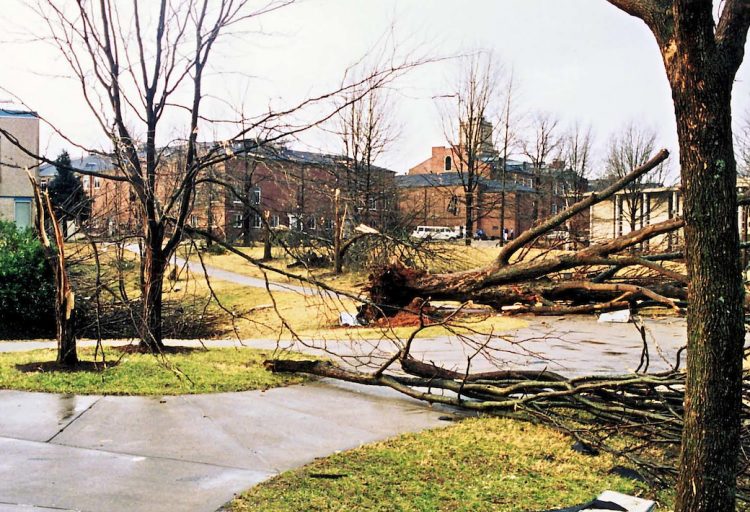 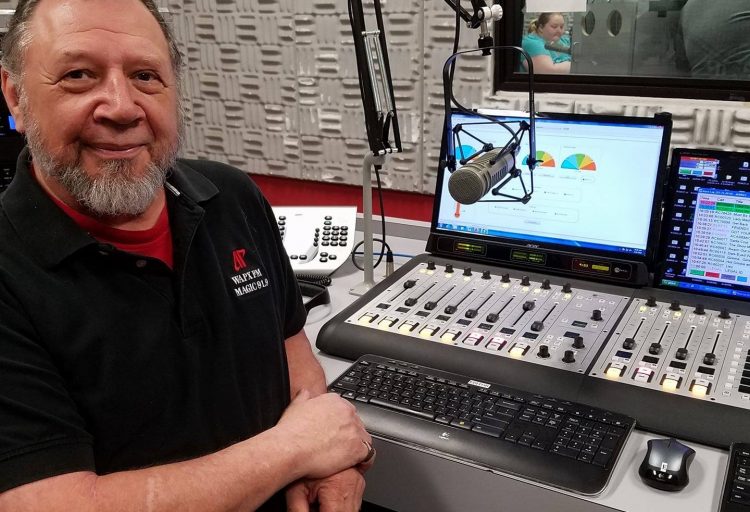 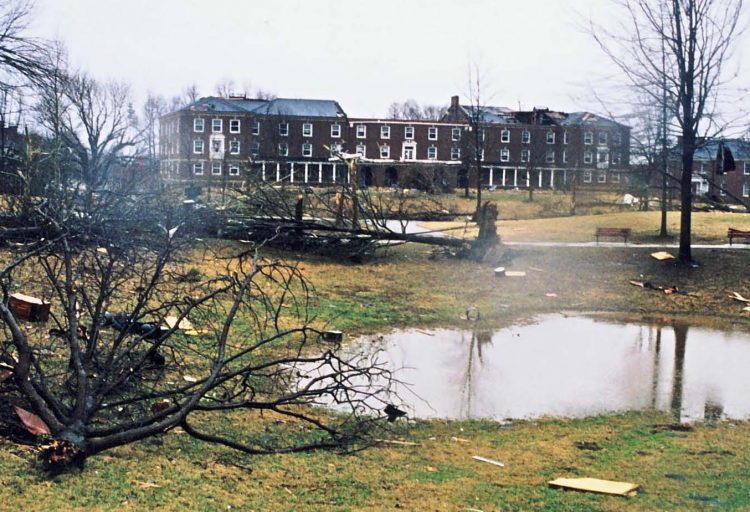