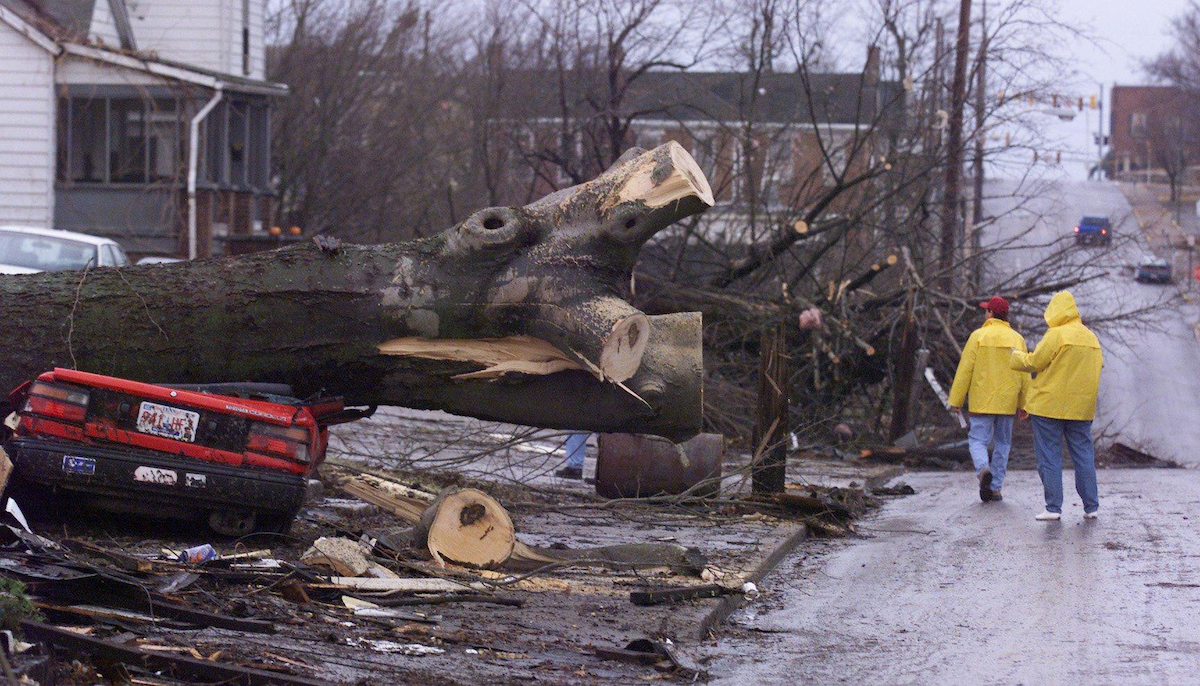 I was living with Jill Vern Petrey in a small apartment complex behind Johnny’s. I had gone to bed and Jill was needing to get up early to finish a paper. I asked her to make sure I was up when she got up to finish up work for class.

She comes into my room yanking me out of bed yelling about something I couldn’t make it out. 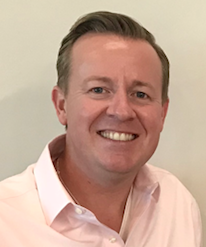 I looked over and it was well before 6:30 a.m., so I kept asking why she was getting me up so early and protesting about getting out of the bed. She pulls me out of the bed and into the bathroom between our two rooms.

As soon as we are in the bathroom you hear a loud “BOOM.” We would later learn it was the roof being ripped off of the small apartment complex we were living in.

I could not believe it was a tornado, so I kept telling her we need to see what is going on outside.

Jill is yelling not to open the door, which of course I did to discover the screen door was covered in a pink substance and so were all our windows.

At first, we thought it was meat from Johnny’s on our windows and door.

We waited about 30 minutes to go outside in the rain to luckily see Johnny’s was standing and it was only insulation from the missing roof.

There were only four apartments in our complex and we knew that two were empty, as the occupants were out of town. Which only left the one above us with two women in it.

We rushed up with rain pouring down on us to check on our friends. One had gone home the day prior so only one friend was home, she was thankfully OK. She was shaken up, but OK.

Water was leaking into their apartment and we told them the roof was gone. We convinced them to come down to our apartment to safety. Upon coming back around to get into our apartment we see a large pole sticking through the front windshield of Jill’s truck.

My truck seemed OK. We stayed in the apartment for maybe another hour and a half, until the rain and water begun leaking into our apartment. We needed a new place to go for fear of the ceiling collapsing upon us.

We decided to relocated to the Kappa Sigma Fraternity house [now the Center for Service-Learning & Community Engagement] after we called over to make sure it wasn’t compromised.

Everyone gathered up some clothes and four people jumped into my two-door pickup Toyota truck.

It was going to the Kappa Sigma house we could see the devastation caused by the tornado. A fraternity brother lived behind us in a house that was ripped in half.

We ran over to check on our friends who lived in the house. We could not hear or see anyone. We looked over at he house just 40-feet away, and it was ripped in half.

You could see into the bedroom which just looked pristine and put together, it was just missing the outside wall. You could even see that the bed was made, which told us who ever lived there didn’t sleep there that night.

As we were walking back to my truck the police told us we needed to leave. We kept telling them we were looking for our friends. They informed us that everyone in the area had been evacuated.

As we pull up to the Kappa Sigma house they are listening to reports of a tree on the top of a fraternity house from a police scanner. They had called over to Sig Ep, Sigma Chi and AGR, not one had a tree on it. They could see the Pike house from the back porch and they were safe.

I then saw when we walked out back there was a huge old tree resting on the top of the house. We moved everyone to the half of the house that wasn’t in possible danger.

By this time, it was morning and everyone had started to come out and look at the devastation. We could not have people stay in the fraternity house that night so three of the seven people living in the house packed up and came to stay with me and a few other friends at my parent’s house.

Thankfully, my parents hosted around nine of us for the next few nights until people could figure out what to do or to stay.

It amazes me at how lucky we all were. We were lucky that it hit at the hour it did. It was after bars had closed, after parties were over and before people started their commute to campus, work or school.

We were lucky that there were no fatalities. The other item I am grateful for was the rapid response from the university and administration. Dr. Jennifer Meningall had only been the Vice President for Student Affairs for a short while, but she was doing an excellent job looking after students and their needs.

Barbara Phillips was another staff member I remember doing everything she could to help the students impacted by the tornado. The staff helped us rearrange classes, get help in finding new places to stay and helped us as much as possible in replacing the items we lost. 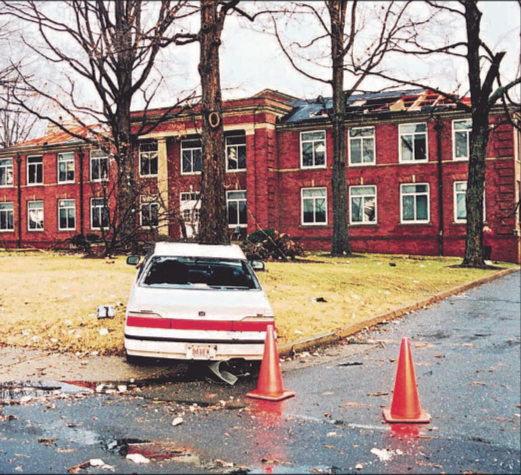 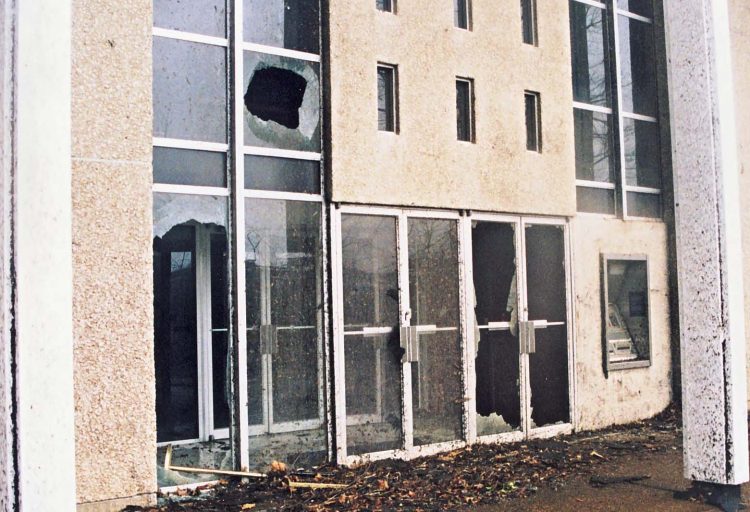 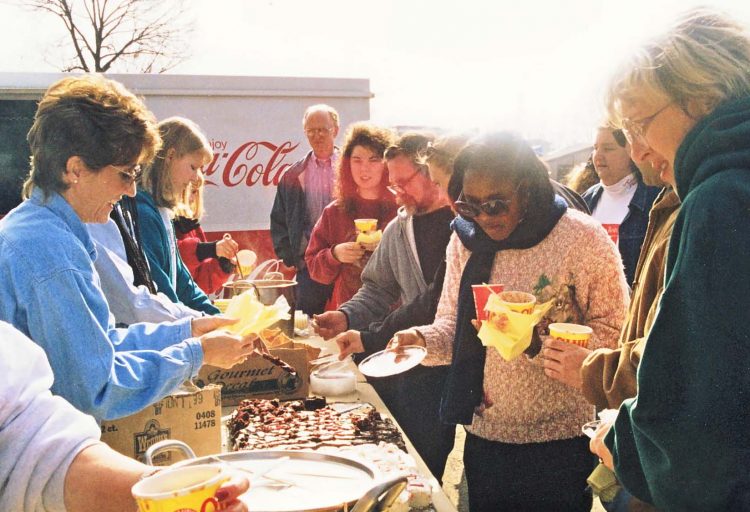