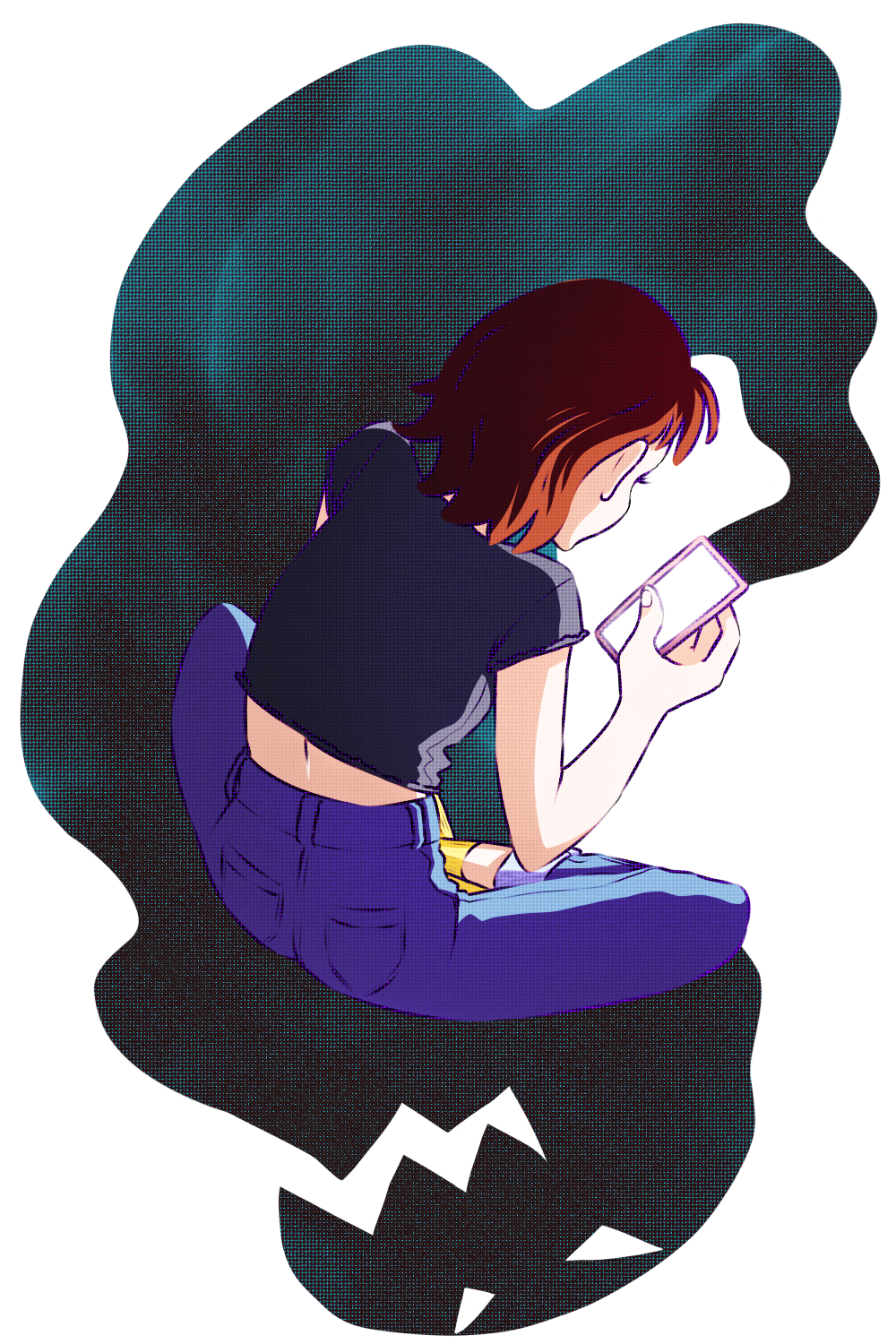 While the exact percentage of college students who utilize dating apps or similar websites is unknown, although data within the past decade shows a marked increase in its use among 18 to 24-year-olds.

The use of online dating comes with its fair share of risks and benefits.

“It cuts both ways. It opens up opportunities and rewards, but it also opens a person up to some risks and some potential negatives. A lot of life is that way. It has advantages and disadvantages,” Jeff Rutter, Director of Boyd Health Services, said.

Dating apps could, he posits, potentially allow a person to meet somebody quickly if one is new to town or increase the opportunity to meet someone. However, he also notes some disadvantages.

“I think rejection is a real threat, and also, people who are on social media in-general more than other people tend actually to be more lonely and say things like, ‘I often feel left out of things or I feel lonely.’” Rutter said. “So, there’s some questions surrounding what kind of rewards you’re going to get from social media or a dating app. There’s a question, ‘Is the risk worth it?’”

In addition to emotional risks, online dating also poses safety risks both on and off-screen.

“When you’re putting your profile online you should be truthful. You should say what you like, what you don’t like, but be very careful that you’re not putting personal information on that site, not even your cellphone number,” Judy Molnar, Associate Vice President and Chief Information Officer said.

Molnar advised students to keep their conversations strictly on the dating platform itself.

“Don’t give them your cellphone number or your email, because there’s scammers out there who once they get that, they’re going to start scamming you and you won’t know it’s them,” Molnar said.

Most dating apps offer avenues to communicate within the app itself so that it is not necessary to give out a phone number or social media account.

Molnar also noted that there are a lot of scams occurring currently, targeting even APSU’s own staff. The scammer will pose as the boss of their target, sending a message like ‘I need help. I need gift cards.’ and instructing their target to buy gift cards and send photos of it so that the scammer may then use it.

“We’re seeing some of our employees fall for this just in the last couple months. They’ll buy $300 worth of gift cards because they thought their boss needed the number on the back and took a picture,” Molnar said. “So, that’s why I’m afraid on these dating apps when you start to share your information, you could get scammers like that.”

To protect oneself online, Molnar emphasized the importance of password protection, having your phone fully charged before meeting someone, as well as, keeping apps up to date.

“I see so many people who don’t do the updates on the apps. There’s security flaws in some of those apps that people can hack into if you don’t keep them updated,” Molnar said.

Molnar also recommended students video chat the person they are speaking with before meeting in person to assure that they are who they say they are.

“I’ve been in IT over 25 years and the cyber hacks, the threats, they’re just getting worse and it’s becoming more personal. Before they were going after the networks of companies, but they’re coming to us now,” Molnar said. “They’re coming to personal people. They get access to something and they want money. Now that technology is so pervasive you’ve just got to be really, really careful.”

Students dating online also have to consider real-world safety once they do decide to meet face-to-face.

“For anything you’re doing online where you don’t know this individual, you’ve just seen their profile, you don’t know who you’re actually meeting,” Police Chief Sammie Williams said. “So, until you meet them and you’re comfortable, I think it’s important to use safety tips in everything you do.”

Some of these safety tips include being aware of your surroundings, meeting in a public place and letting a friend know where you are.

There are even campus resources students can utilize like the blue light call boxes scattered across campus which will connect immediately to a dispatcher or the LiveSafe app which allows your friends to see where you are so that they can be sure of your safety.

Most of all though Williams emphasizes trusting your instincts.

“All of those [tools] are good, but I think just the practice of using those common-sense things: you want to meet in a public place, you don’t want to give out any personal information and really I think you need to trust your gut,” Williams said. “If you get that feeling that something’s just not right, the odds are something’s probably just not right.”

“If you’re suspicious, really think twice. If anything seems a little odd, use your gut feeling and do a little bit more research,” Molnar said.

Students shouldn’t necessarily take this as a deterrent to online dating, however.

“We see increasing numbers of students who are lonely, anxious, experiencing difficulty with a transition to the next stage in their lives, and reaching out and finding social connections is a major way of helping cope with some of that loneliness and anxiety,” Rutter said.

Online dating or dating apps can be one way to form those relationships. Though, Rutter still emphasizes caution.

“The portrait of teens emerging from the data is one of a lonely, dislocated generation that’s using more screens. So, I think the cure for that loneliness is to turn the screen off. We’re talking about relationships as a major resource for college students,” Rutter said. “So, I’m glad dating apps exist to provide more of those resources, and I’m sad dating apps exist because those resources do have such limitations.”

Overall, Rutter promotes students finding a balance between screen time and face-to-face interactions, so that students can better form relationships and connections.

A Cure to Loneliness

Another resource Rutter recommends particularly for students dealing with loneliness or isolation is group counseling.

One called APSU New is offered for students new to campus and occurs Mondays from 3-4 p.m. Another group discusses personality types, Wednesdays from 4-5:30 p.m..

“Being in a group,” Rutter said, “is a proven antidote to loneliness.”