NASHVILLE — A proposal that would make cutting some students’ lottery scholarships in half contingent on lottery revenues passed the Senate 20-10 the evening of Monday, April 16, despite criticism that the increase in revenues may not be consistent.

The legislation, sponsored by Republican Sen. Dolores Gresham of Somerville, was approved 20-10. The companion bill is awaiting a vote in the House Education Committee.

An original proposal sought to reduce by 50 percent the award for students who do not meet both standardized testing and high school grade requirements. A special panel of lawmakers recommended the proposal in November.

Right now, students can get a scholarship worth $4,000 for each of four years if they either earn a 3.0 grade point average in high school or score a 21 on their ACT college entrance exam.

Under the new legislation, the lottery scholarship requirements won’t change if lottery proceeds match, or exceed, the previous year’s through 2015.

Tennessee Lottery officials said in a news release earlier on Monday, April 16, that proceeds have reached $234 million, or were up $22 million, over this time last year. That means proceeds next year must be at least $22 million to keep from triggering Gresham’s proposal.

The measure is different from one that moved late in the legislative process. That proposal would have kept the current lottery requirements in place if lottery proceeds of at least $10 million — or more — were maintained through 2015.

Opponents of the new legislation say a mega jackpot contributed to the high proceeds this year, but they’re concerned that may not be the case next year — or the year after.

“If it is anything below this record year … these changes go into effect,” said Democratic Sen. Andy Berke of Chattanooga. “I don’t understand why we can’t wait another few years. What this does is put in projected cuts that are completely unnecessary.”

Supporters of the proposal say it’s needed because the cost of the scholarship program has outpaced lottery revenues.

To make up the difference in the short term, the state has dipped into the lottery reserves. If nothing is done, state officials estimate the lottery reserve balance could dwindle to about $145 million by 2021, including the $50 million that state law requires remain in reserve for the program.

Legislation to raise the $50 million figure to $100 million passed the Senate 19-11 on Monday, April 16, and is headed to the governor for his consideration. The companion bill passed the House 73-18 last month.

“The issue is for years we have been spending more than we take in,” Gresham said. “We cannot continue to do that.”

Critics say no type of modification proposal is needed because there’s nearly $400 million in the lottery reserves.

U.S. Rep. Steve Cohen, the Democratic congressman who as a state lawmaker spearheaded the creation of the lottery-funded scholarship program, visited the state Capitol earlier Monday, April 16. He has long said “excess” lottery money should be used for scholarships.

“The money that they’ve got … is a large reserve,” Cohen said. “It should be used for students today.”

If the requirements were to change, Sen. Roy Herron said the drop from $4,000 to $2,000 will adversely affect many students.

“It’s going to hurt a whole lot of people we represent,” the Dresden Democrat said in a passionate speech on the Senate floor. “There’s nothing more important than these kids getting an education.” TAS 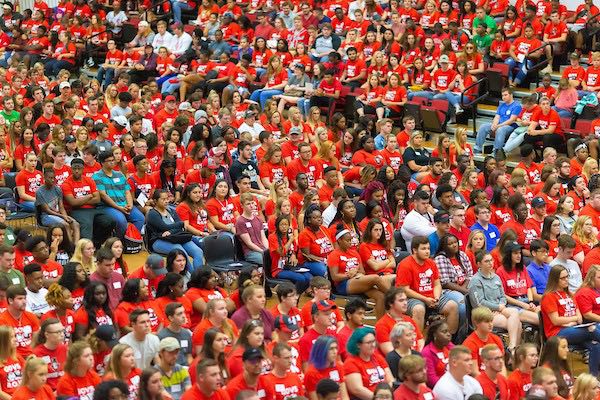