“Stop having sex in the dark.”

This is one of the main points keynote speaker Dwayne Jenkins wanted students to leave with on Thursday, Sept. 13, at the “Hot Topic” HIV and Safer Sex Program in Clement 120.

Jenkins said the idea that HIV testing can only be given with a needle is a myth, because the event provided free HIV testing through Nashville CARES, via mouth swab. The swab is 99 percent accurate and results return within 20 minutes.

A male APSU student who wished to remain anonymous due to the controversial material said, “I really like how Dwayne keeps it real and approaches all possible sexual partners and not just female and male.”

Jenkins demonstrated several different ways to properly put on a condom with your hands, and your mouth.

He focused on safe ways to have sex, and different devices such as dental dams that can be used to prevent getting HIV from fluids.

Some of the main points Jenkins wanted to get across to students are that AIDS can only be acquired through sexual and direct blood contact, so “protect yourself,” he said, “we are all affected.”

This statement was even on stickers that were handed out to everyone who attended.

A female student who also wished to remain anonymous said, “I feel that the event was very appropriate for APSU, because we all have sex, and we need to be aware of how to be safe and know how to get tested to make sure we are safe, and what to do if we haven’t been.”

Another female student said, “I feel a lot more comfortable getting tested, when I see other students doing it.”

Several students felt they learned something new at the event, and many were tested for HIV. The African American Cultural Center will host a similar event on Thursday, Feb. 7, where students can again be tested for HIV.

For any students with HIV, APSU Student Counseling Services can help.

The talk’s final message: wrap up and get tested to keep APSU safe. 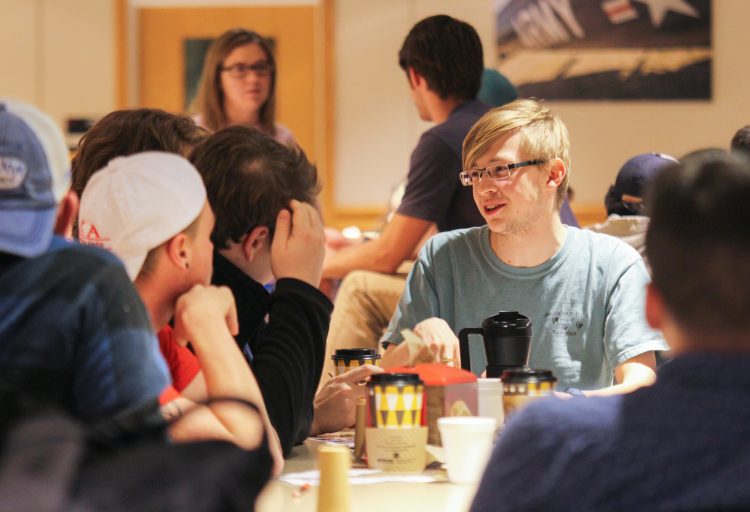