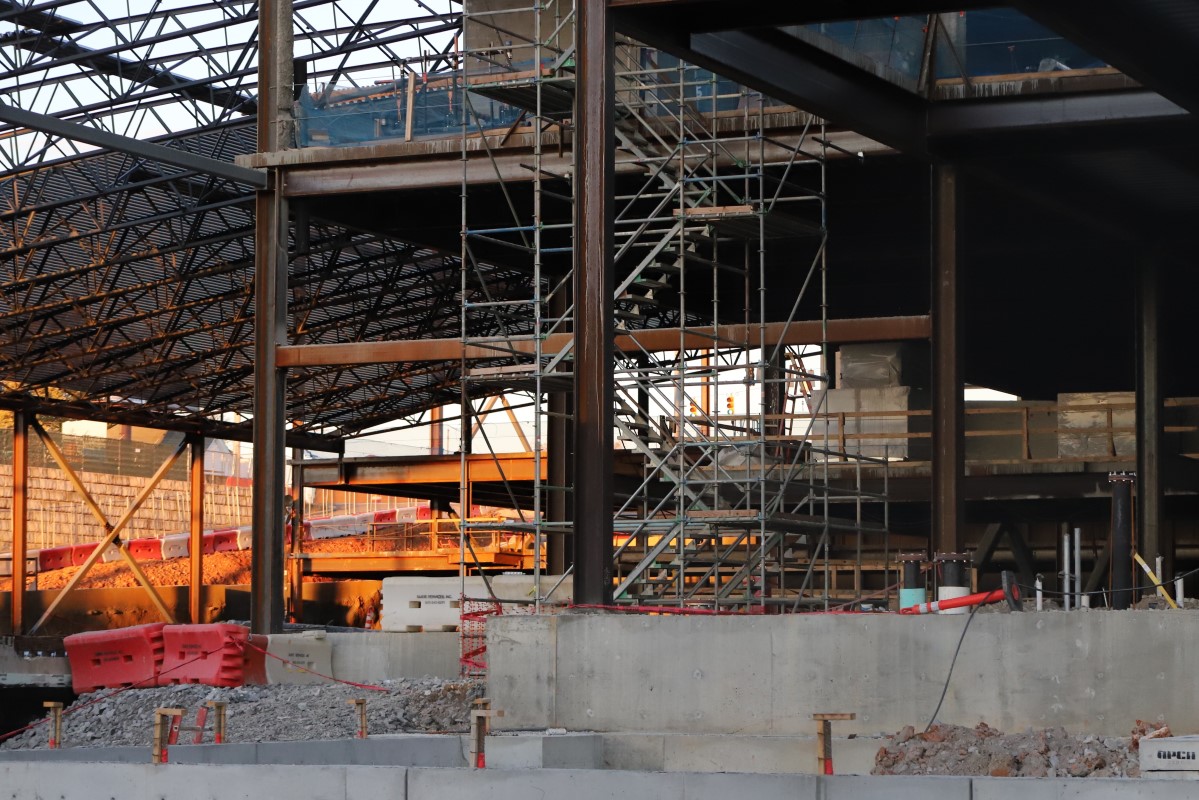 Construction of F&M Bank Arena. ZOE MILLS | THE ALL STATE

But the pillars of concrete and metal won’t just impact the university’s men’s and women’s basketball teams come next winter.

APSU inked a 30-year lease of F&M Bank Arena — its newest basketball venue — in October 2020 and had its naming rights secured by F&M Bank in July. Construction on the project officially started last November.

Basketball’s vacancy from the Dunn Center will leave an impression on almost all of the school’s athletic teams.

“Just the facility change alone impacts so many of our sports,” Harrison said.

“We knew we were going to have to do something to help our men’s and women’s basketball programs pretty quickly. It was either going to be build a new practice facility for them on the Dunn property … or see if there’s any other opportunities out there that would help us move along a little faster.”

Volleyball and golf coaches can now relocate from administrative offices and the Dunn’s lobby area to respectable coaching spaces.

“Some of the schools like UT Martin, Murray (State); they play in their own facility,” Mott said. “Now, granted, it is their old basketball arenas, but I really feel like it’s an advantage to have the ability to do what you want on your own time. Their facilities are both painted, (and) their floors are painted like volleyball courts with volleyball lines. It looks like their own facility.

“I think recruits want to see that. I think it says something to them that they feel like your administration cares about your sport. I do think our court is beautiful right now without lines painted on it … but hopefully when basketball’s not in there primarily, they can do some kind of floor painting that makes it look somewhat like a volleyball facility.”

Harrison said the venue change was a key selling point for transitioning to the ASUN Conference and for first-year basketball coaches Brittany Young and Nate James.

Young was brought on to the staff last March, and James’ hiring was announced one month later.

“We are definitely excited about the F&M Bank Arena,” Young said. “I wouldn’t be telling you the truth if I tried to minimize that in any way. I do think it’s a game changer for us here in Clarksville.

“It’s something that’s not only great for our campus but the community. I like that the venue is located not far from campus, right downtown. I think it allows the community to feel like they’re truly a part of it.”

Formerly known as the Multi-Purpose Event Center, F&M Bank Arena is expected to seat between 4,900 and 5,500 fans on game days and 6,400 for concerts and events, per Rufus Johnson Associates, the architectural company behind the project.

F&M Bank Arena’s construction will cost approximately $115 million. Harrison said the lease requires the university to pay $1 million each of the first five years, with the price dropping to $800,000 over the last two-and-a-half decades.

“Just to do the upgrades to the Dunn that we would need, we would’ve spent that in one hit,” he said. “Now we get to spread it right over 30 years. Economically, we’re definitely in better shape than what we would have to do to compete.”

The venue is expected to house both basketball teams and their coaches during the 2022-23 season.

“I think it adds to the excitement,” said junior men’s basketball guard Carlos Paez. “Having a new arena (and) a new facility just adds to that. It also adds to the community. For me personally it would mean a lot because the last two years that I’ve been here, the support from the community has been phenomenal.

“There’s nothing better than entering an arena and seeing thousands of people supporting you and having your back, game in and game out. I just feel like that would bring the community a lot more together. It’s more attractive for people to come.

“A new facility brings a lot of excitement. I just feel like that’s going to level up the community support, and it just adds to the excitement of this new era that we’re starting with Coach James.” 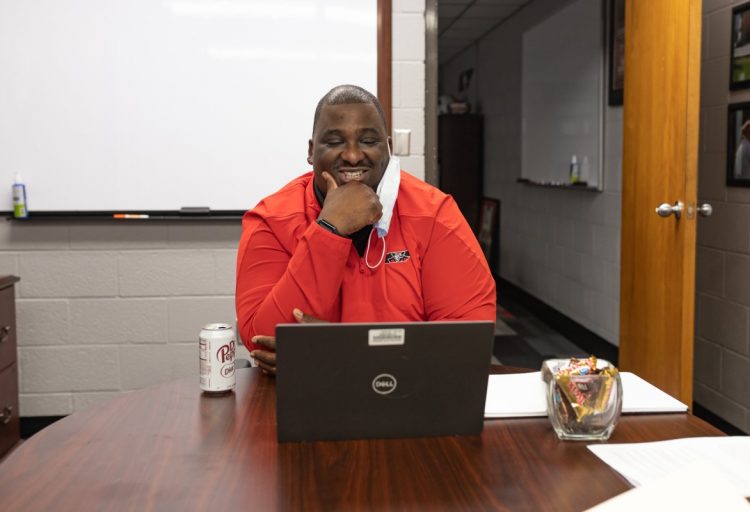 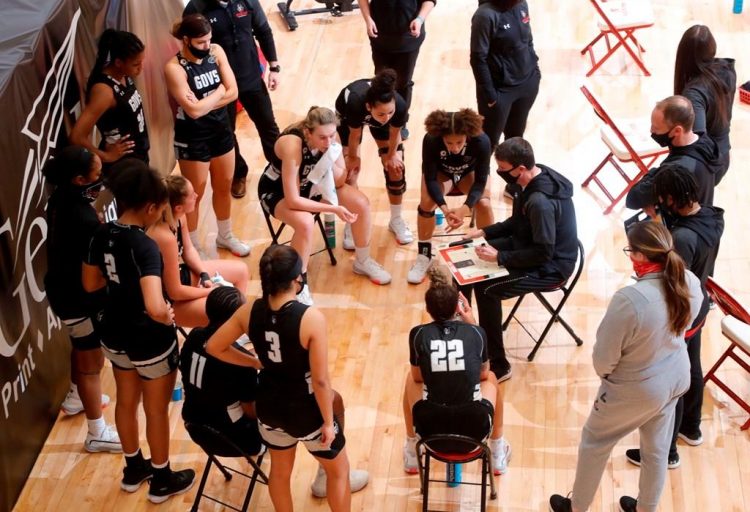 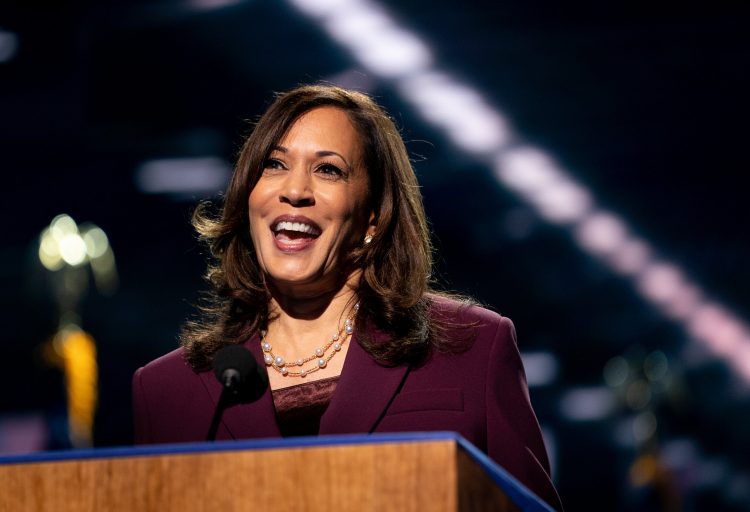