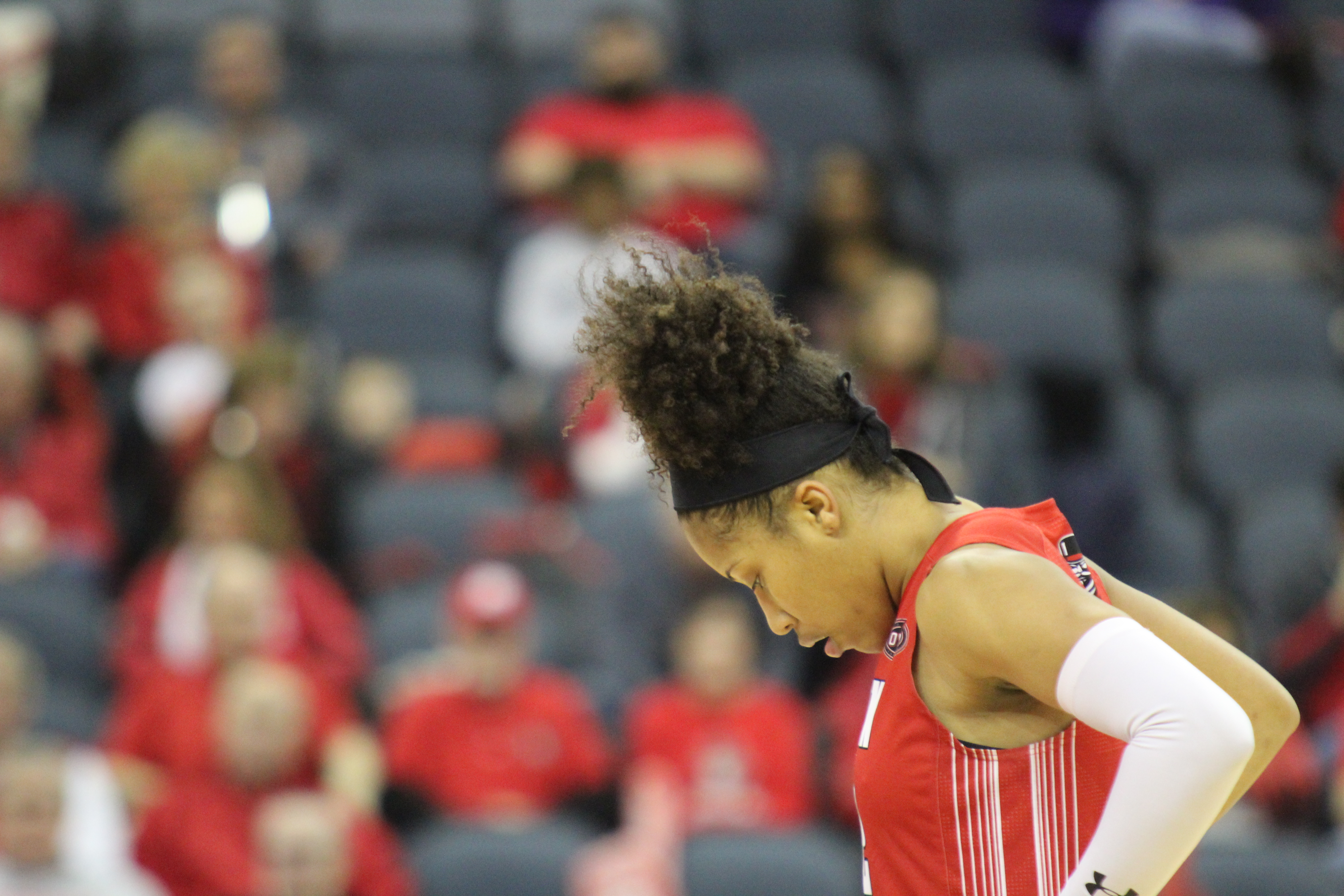 APSU Women’s basketball saw their 2018-19 season close in the form of a fifth consecutive loss in the quarterfinals. This time it was at the hands of the Tennessee Tech Golden Eagles and a 67-58 loss at the Ford Center in Evansville, Indiana.

The Govs looked their best when they slowed the tempo down and kept the four-seeded Golden Eagles from getting inside. The game plan was working for the early on portion of the match holding Tennessee Tech to 0 points on one attempt in the first two and a half minutes.

However, the Golden Eagles adapted to APSU’s inside pressure and knocked down shots behind the arch finishing five of their seven 3-pointers attempts in the first half and seven in total.

Tennessee Tech held a lead throughout the final three quarters. The Govs battled back a number of times to be within one or two points, but the Golden Eagles were able to stretch out their lead to about seven or eight points on each occasion.

“It is the mark of a good basketball team,” Midlick said. “It is why they were 12-6 in the league and why they are in the final four in the conference.”

APSU battled throughout the forty minutes, creating more shot opportunities from the field. The Govs through up 61 field goal attempts, but only hitting 20 of those, worth 32 percent from the floor.

Senior Keisha Gregory and junior Ari Gonzalez-Varner matched each other with a team high 12 points. Gregory ends her senior season with 407 points in 30 games.

“[Ari] really battled,” Midlick said. “Ari has been our post defender that we have leaned on all year.”

The issue APSU had was stopping a trio of Tech shooters, in Jordan Brock, Mackenzie Coleman and Keisha Brady. Coleman led the night with 18 points while Brock had three 3-pointers and 13 points total in the quarterfinal.

“We played from behind tonight,” Midlick said. “When you do that it seems to magnify each possession and you have to take some chances.”

The Golden Eagles advance to a semifinal contest with Belmont at 1 p.m. on Friday, March 8.

APSU finishes the year 15-15. This was APSU’s 11th loss on the road and first match at a neutral site.