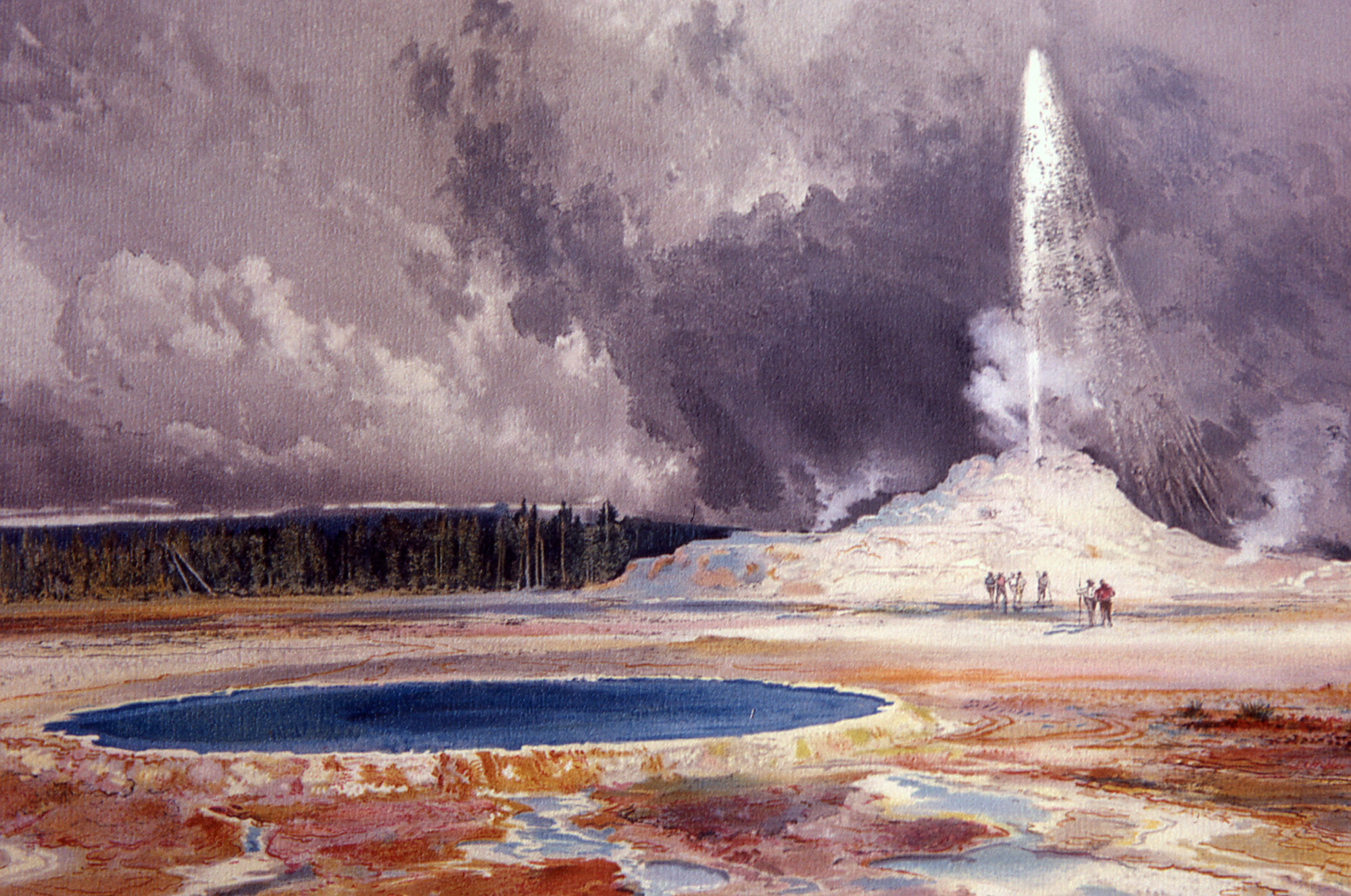 I decided to go back to Yellowstone Caldera again because there is something I really wanted to address: the sensational media surrounding it after a recent swarm of news article about Yellowstone. On top of that, I wanted to address some common misinformation and inaccuracies I see in media. I found it a bit irritating myself since it is very much a crying wolf scenario. The worst offender as far as I know is Daily Express, a tabloid from United Kingdoms. However, there are several news outlets that are guilty of publishing exaggerated and sensationalist stories about a… well… sleeping supervolcano. Last time I checked, United States Geological Survey (USGS) did not say anything concerning about it, and the status is still normal. I feel sorry for USGS for dealing with such misinformation now.

A little review here. Generally, a supervolcano is any volcano that at least once in its lifetime spewed 1,000 cubic kilometer (240 cubic miles) of tephra in one go according to USGS. With that definition in mind, three currently active volcanoes would qualify for this status: Toba, Taupo and Yellowstone. They are not as easily recognized since they are large calderas, and two of them became lakes. However, they all have smaller eruptions between major eruptions. Now, let’s get into some misconceptions. While USGS covered some of misconceptions, I wanted to share three of my favorites.

Yellowstone is overdue for another eruption

The numbers don’t mean that Yellowstone will erupt soon. Each volcano has a unique personality, but it will tell if it is going to erupt soon, according to Pacific Standard article on predicting volcanic eruptions. Each of them will show different signs of impeding eruption. Mt. St. Helens and Mt. Rainier would not have exactly the same signs of a potential eruption. The same goes for Yellowstone and its feisty cousin, Taupo. Yellowstone is such a geothermal freak show in middle of the Rockies while Taupo became a lake with some geothermal features and a hotbed for fishing and boating. Taupo also has a shorter fuse than Yellowstone with more frequent explosive eruptions as shown in Global Volcanism Program database, but only one of them was low VEI-8 (1,170 cubic km), though.

Okay, I’m guilty of that one. I loved watching cheesy disaster flicks for the sake of laughing, but they could not seem to get VEI-8 eruptions right. 1980 Mt. St. Helens’ eruption was VEI-5 as per Global Volcanism Program database, and VEI-8 eruption is a very different beast. Also, some folks used images of erupting volcanoes like the one above or erupting Mt. Pinatubo, but I do not fully blame them since we never saw a VEI-8 eruption. However, there are some artist depictions of what it would look like like the depiction of Toba eruption.

That would be best depiction of. the beginning of VEI-8 eruption in my opinion, and I thought it would be neat if someone had done that in VR. Perhaps that would make a better cure for constipation than Taco Bell.

Throwing term “supervolcano” around a little too much

This bothers me some since some of those so-called “supervolcanoes” did not have any eruption that spewed 1,000 cubic kilometer (240 cubic miles) of tephra in one go. One example is Tambora. Smithsonian Institute’s Global Volcanism Program profile showed that Tambora’s 1815 eruption was mere 150 cubic kilometer (36 cubic miles), just a little more than one-tenth of required amount to get into the club. Please keep supervolcano club as an exclusive club.

To wrap it up, I believe that media should not make exaggerated or sensationalist stories in general, and that also includes Yellowstone Caldera.

I honestly do not mind as long as it is a credible story, especially with new discoveries regarding Yellowstone itself, however. Over time with repeated stories like this, people may not believe it anymore, even if that would become a realistic scenario down the road. It also applies to any large caldera volcano. Suppose one day when the supervolcano, God forbids, have another VEI 8 eruption, people may not believe it after years of hearing those sensationalist stories from media. Dearly, please read one of Aesop’s Fables, “The Boy Who Cried Wolf” because that’s exactly what some news outlets are doing with Yellowstone sometimes.

Also, if there is no news to share, just go find some cute kitten pictures and make a tier list of most adorable kittens or something instead of publishing the same hot garbage over and over again for clicks and money. Okay, enough of ripping those hot garbage pieces apart,since I wanted to keep those brain cells for my mathematically intense physics courses.