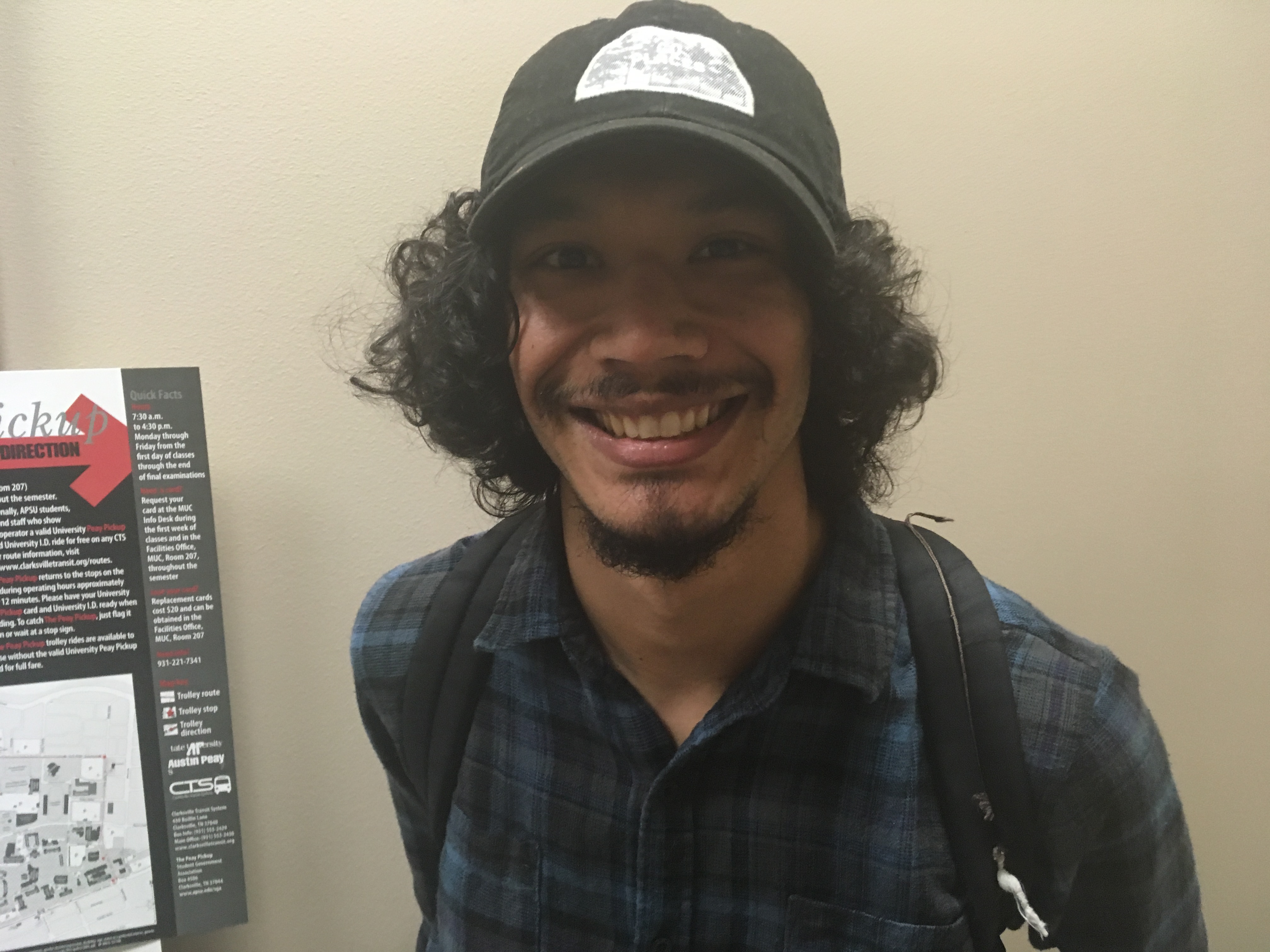 From jobless, to military, to student, 23-year-old Daniel Gutierrez is applying his life experience to the pursuit of a music industry career.

Gutierrez is a sophomore music business major at APSU who grew up in California where he enlisted in the US Army.

“I was born in Tucson, but I grew up in Southern California’s High Desert area,” Gutierrez said. “My high school experience was interesting because it was not a typical high school, as we were a very artsy student body and we did not have cliques you had to navigate.”

Gutierrez said he graduated high school in 2011 and stayed in the area while trying to find a steady place of employment.

“The economy at the time did not lend itself to many job opportunities as what the companies wanted was people with experience, but for people new to the job market there was no way to break through,” Gutierrez said.

After about a year of no prospects Gutierrez said he used the Army as a way to make his way to greener pastures.

“My time in the Army was amazing in the sense that they taught me so many things that I would have never learned in the civilian world, and it gave me an opportunity to grow as a person,” Gutierrez said.

Not only did the Army give Gutierrez a chance at economic stability he said, but it gave him a chance to make friendships that will last past his enlistment.

“I will never forget the sense of brotherhood I had with my fellow soldiers,” Gutierrez said. “It is a feeling I don’t think anything else can replicate. I knew that everyone had my back and I had theirs and nothing else will replace that, and it is what I miss about most about serving.”

Gutierrez said he spent the entire time in the Army stationed at Fort Campbell where he was with the No-Slack Battalion; however, he left Priscilla back in California.

“Priscilla and I were not married yet, so I was required to live in the barracks, like all single soldiers, on base so it would be really hard to move her out here,” Gutierrez said. “She wanted to be with me and I wanted her out here with me, so we decided to get married. It was a quick engagement and we got married in Vegas.”

During his time at Fort Campbell Gutierrez went on one deployment to Afghanistan.

“Nothing can really prepare you for what you experience during a deployment,” Gutierrez said. “It was the people of Afghanistan that stood out the most to me as they live in a near constant state of war. It changes the way you live, and without the first-hand perspective, you cannot really comprehend what it is like to live that way.”

Gutierrez did not continue his service after his first commitment, opting to use the GI bill to fund his education.

“Transitioning back to civilian life was easy for me because the Army has a lot of resources on how soldiers can adjust to life after the Army,” Gutierrez said. “I know some have trouble with that, but I feel lucky because how easy it was for me.”

Gutierrez said he received an honorable discharge and now lives in Clarksville with his wife, Priscilla, while they both attend school at the university. They decided to stay here at APSU as opposed of going back to California as they enjoyed the different atmosphere in Clarksville.

“What I want to do with my degree is to basically be a studio composer and producer,” Gutierrez said. “Music now-a-days is all just so cookie-cutter, and I want to help and change that by adding a fresh voice to the scene.”