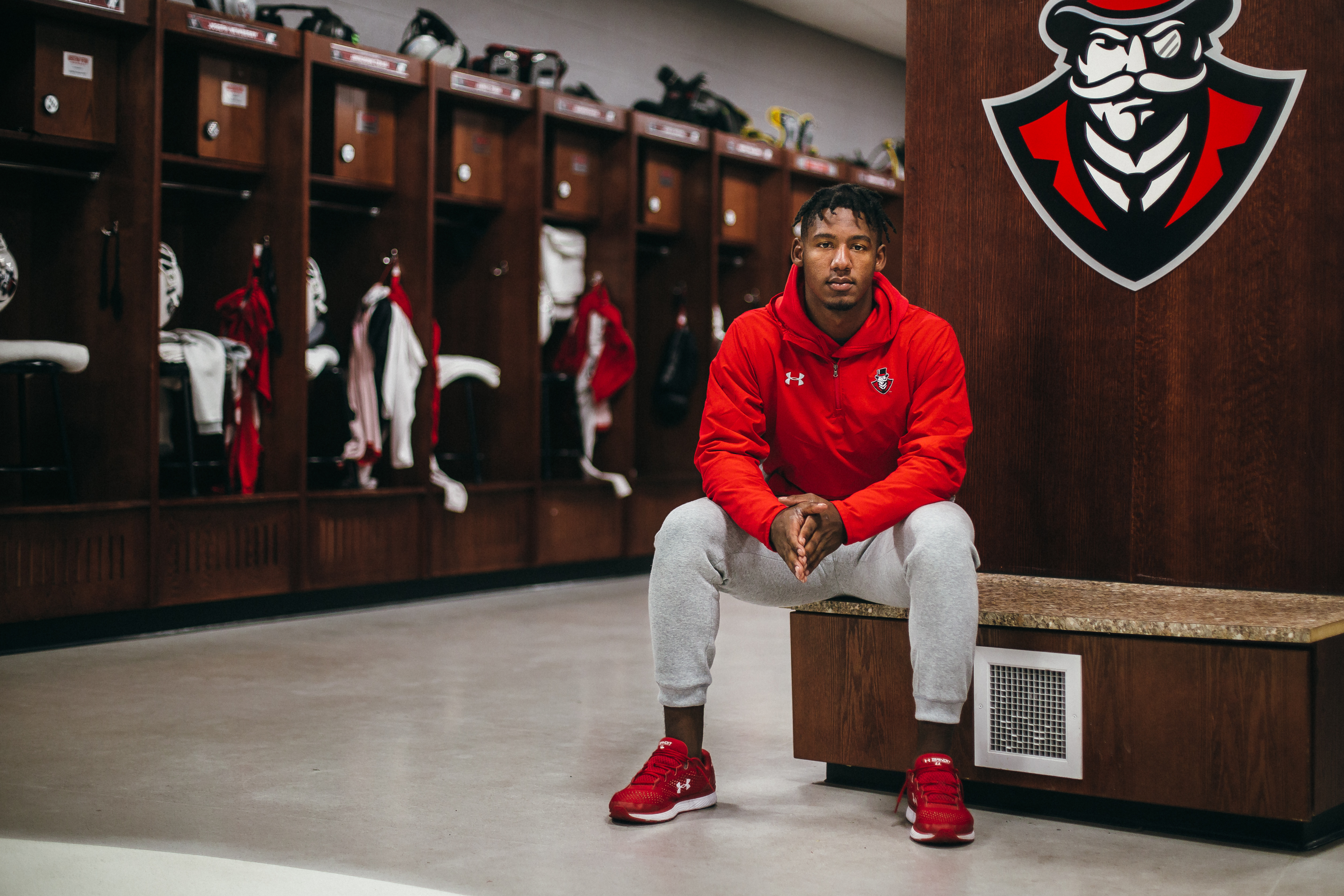 JaVaughn Craig is leading the APSU football program to the playoffs. Beating UT Martin at our Homecoming Game, 38 – 24, was an essential step in that direction. The Gov’s have not been in the playoffs for 40 years.

“Looking at that losing record, it was pretty ugly,” Craig said.

Yet, there he was, signing with a football program only a year earlier he would never had considered.

Here is part of why he is here today:

Craig grew up in East Brainerd, a middle-class hamlet adjacent to Chattanooga. He was raised by his mother, LeShandra Rivers, and her husband, Eric Rivers. Both his mom and stepfather are serious recreational slow-pitch softball players. As a family, they traveled across the country to compete in tournaments.

“I grew up surrounded by sports,” Craig said.

Raising children is a family affair. His grandparents looked after him, as did an aunt who worked at Eastdale Recreation Center. Family was always nearby while he swam, played flag football, kickball, basketball and baseball with his friends.

He grew up understanding the allure of the “shady” life of an urban kid, “but the recreation center was sort of my balance.” His strategy was to stay busy doing something year-around, “go to school and try to be a normal kid.”

Craig was recruited to attend McCallie High School, a top-rated private high school in Hamilton County. He played quarterback as well as defense for McCallie, garnering attention from scouts for his natural and coached abilities. He recounts his college recruiting season this way:

“You start out kind of overlooked, but then you are getting Louisville and Mississippi State and Auburn and Vanderbilt and Tennessee, Wake Forest, all these schools .. Chattanooga was my first offer and then Jacksonville State, Central North Dakota State, then all the powerhouses in SCS Football … where it’s like, for me, okay, cool.”

“Obviously every kid has a dream of playing Division 1 FBS Football and have the ability to play in front of hundreds of thousands of people, and so for me it was, where do I fit in with all of that,” Craig said. “So going into my senior year (at McCallie), I tore my meniscus, I ended up having surgery right before the season, so recruiting for me, slowed down a ton.”

His navigation through his new set of options was complex.

“I wanted to play for the love of the game,” Craig said. He considered just  “walking on” at UT Chattanooga and play with Coach Healy. Craig had a long family friendship with the Healy family (through the world of slow-pitch softball). Then, a month and a half before it was time to enroll, it was announced Healy was headed to Clarksville.

Ultimately, Craig came to APSU with the new coach. He was convinced it was an opportunity to work with people he respected and “turn the program around.” Throughout his journey in this redemption story, he has continued to explore who he is and “how I want to show my love for God and people in my life.”

“When I was growing up I realized how much of a people person I am and how much I want to help them,” Craig said.

The summer before he started here at APSU he did a mission trip to provide landslide and flood relief in Indonesia. Craig has also gone to Haiti with church members. These experiences seemed to solidify his view that the world is not in a person’s control. However, people get to choose who they want to be in the face of that worldly uncertainty. That is in his control.

His future is still uncertain.

“When the time comes, it will be clear what I am supposed to do,” Craig said.

Craig shared a conversation with his mother.

“She and I have discussed this. If I were to make some money playing football, I already have charities I want to fund to help people,” Craig said.

He also said, “I have also discussed the possibility of taking two years off, leaving the country and becoming a missionary.”

Either way, his mother is solidly behind him.

For now, Craig says all that will have to wait. Like any student who wants to graduate, he has to continue managing his classes in his major, Political Science.

He said he has a few stress reduction strategies. He eats all he can and sleeps whenever he can. He stays musical, often practicing piano for two hours a day. He makes time for some Netflix. Having recently finished binge-watching  “The Blacklist,” he is now watching “How to Get Away With Murder.”

He also watches film and meets with the coaching staff ninety minutes a day, practices a couple hours a day with his team and plays football most Saturdays. He attends Lifepoint Church at the Rossview Campus and serves at least once a week there during service.

If one takes a moment to pay attention to this scholar/athlete, whether you are a fan of football or not, what stands out is his fierce love and appreciation for his family, his faith in a creator that loves him, his strategic focus on doing the next right thing for himself and others and a deep ambition to be the best he can be in any situation.

It is a pretty safe bet Craig will finish his football career here as he came into it. He will be a bit battered by the battles, wise beyond his years, filled with a vision of who his God calls him to be,  carefully listening to what life and his community teaches him and patient and persistent in his quest. Craig is a champion. Win or lose, over these last remaining weeks of the season, he is living heroically.

“I am in no way perfect, I am flawed like all people,” Craig said.

How reassuring to have him represent us in this fantastical game of football, a flawed being doing everything in his power to be the person he is called to be. 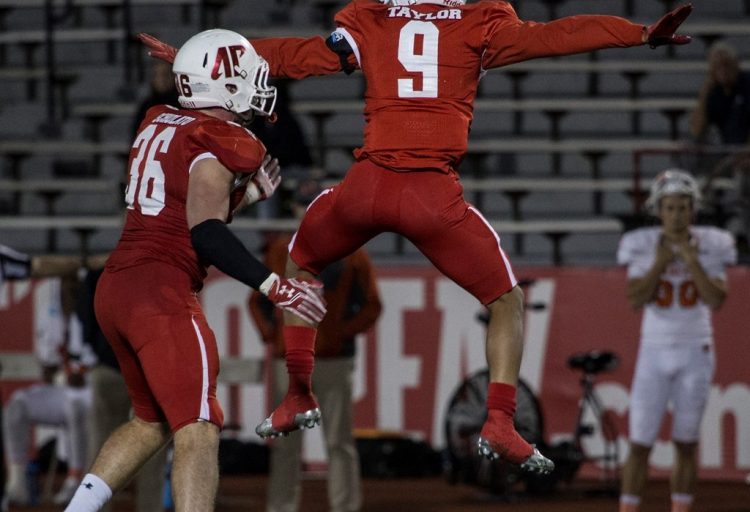