Every year, APSU’s G.H.O.S.T. gives children and parents a safer way to get out, dress up and get those annual loads of treats.

“It’s probably one of the biggest events that the university puts on,” said dean of students Greg Singleton. “We advertise to all Montgomery County schools, as well as Dickson and Cheatham County. Now we advertise through all media, we can let the whole community know.”

Mike Rainier, vice president of the Student Government Association, was the central coordinator of G.H.O.S.T.

The first place winners were the Delta Tau Alpha Honor Society, Christ Centered Student Community and Ag Pre-Vet Club. Second place went to Tri-Beta and third place was awarded to the Physics and Chemistry Club. The three winners had elaborate exhibits which captured fright tunnels and castles or what generally appeals to the science-fiction fans.

Parents gave reasons why they chose this event over the traditional trick-or-treat walks in the community. Katlin Wood, who works for APSU, brought her godchildren to trick-or-treat on campus.

“They live in rural Kentucky, and it is hard to get to all the houses,” Wood said.

Another parent, Mark Kelley, said G.H.O.S.T. was a safer alternative to traditional trick-or-treating.

“I brought my kids because there was a shooting in my neighborhood, and it was too close for comfort,” Kelley said. “This was a safe place to come to.” Among parents who gave reasons for choosing G.H.O.S.T., safety was the central theme.

While many students were content to simply hand out treats, some had tricks up their sleeves, as well.  APSU student Richard Kromer was one such student, working in an area called the “Haunted Tunnel.”

“We like to give the little children a scare,” Kromer said, “but for the older ones, it’s fair game. We had nothing to offer which would terrify children or give them bad dreams.”

Overall this year, APSU organizations met their goal of “giving back to the community,” Singleton said. 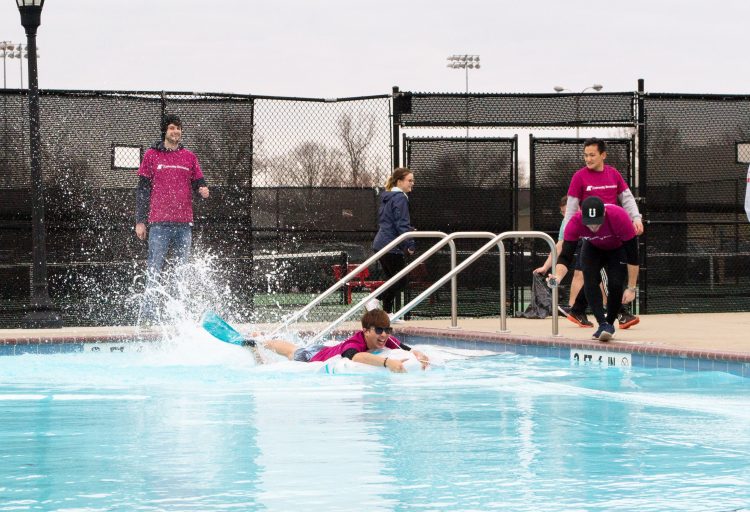