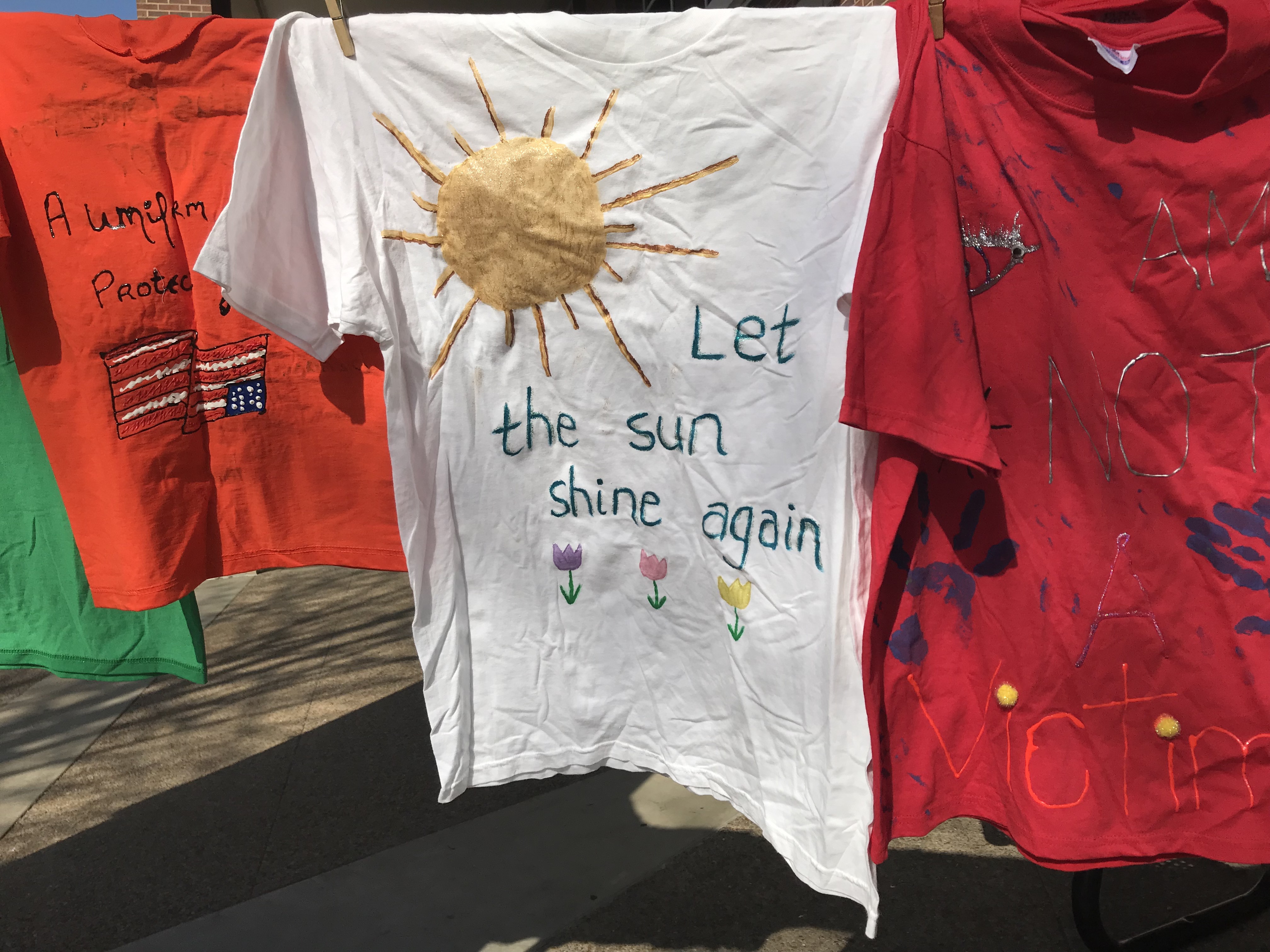 The month of April for some people just means we are one more step from summer break. For other people, it is so much more than a summer break. It is the month to help raise awareness for sexual, physical, verbal and domestic assault. This week, the Women and Gender study class, alongside the Feminist Majority Leadership Alliance, took center stage in hosting the annual clothesline project for assault victims.

“This has been ongoing since 1996,” Women and Gender studies professor Jill Eichhorn said.

“All the shirts here are made from students, staff and faculty on campus. It’s to help people voice their opinion and what they have been through with this topic,” senior psychology major Cas Mendoza said.

There was a crowd of people circling the exhibit but pure silence as everyone read the different writing on the shirts.

“This is the first time I’ve done this. It’s harder to do than I thought it would be because it is weird to talk about it even though it is anonymous,” sophomore Heather Gillian said.

Many workers who worked the event said they felt that this was very helpful when it came to feeling a sense of weight off of their shoulders to be able to let their feelings out about what they have been through. People often used the word “therapeutic.”

“From my experience of this, it can be very therapeutic,” Mendoza said.

Others students who stopped to visit the project, felt that this was something that just caught your eye,” junior art major Haley Palmeri said. “It punches you in the face. That’s what I like about APSU, we always raise awareness for issues instead of trying to sweep them and put them in the closet.”

According to Dosomething.org, 42 percent of college women who are raped tell no one about the assault. To many survivors of assault, participating with support helped them this year.

“Not being alone when to you do it gives you more encouragement to actually talk about it.” Gillain said.

“To tell your story is not the same as therapy, but there is a way when you read those T-shirts, and you realized a nature of being assaulted physically, verbally, and sexually, makes you feel like you caused it,” Eichhorn said.

Eichhorn also said part of “what happens to you emotionally is you feel shame and isolated. So [hosting] this clothesline project removes the isolation and alienation when being victimized by this kind of experience.”

Overall, volunteers said the clothesline project was able to help raise awareness to those strong individuals who survived. 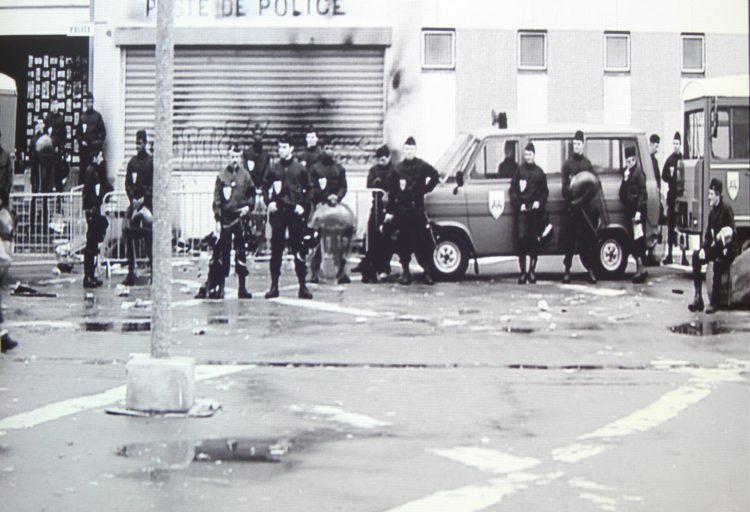