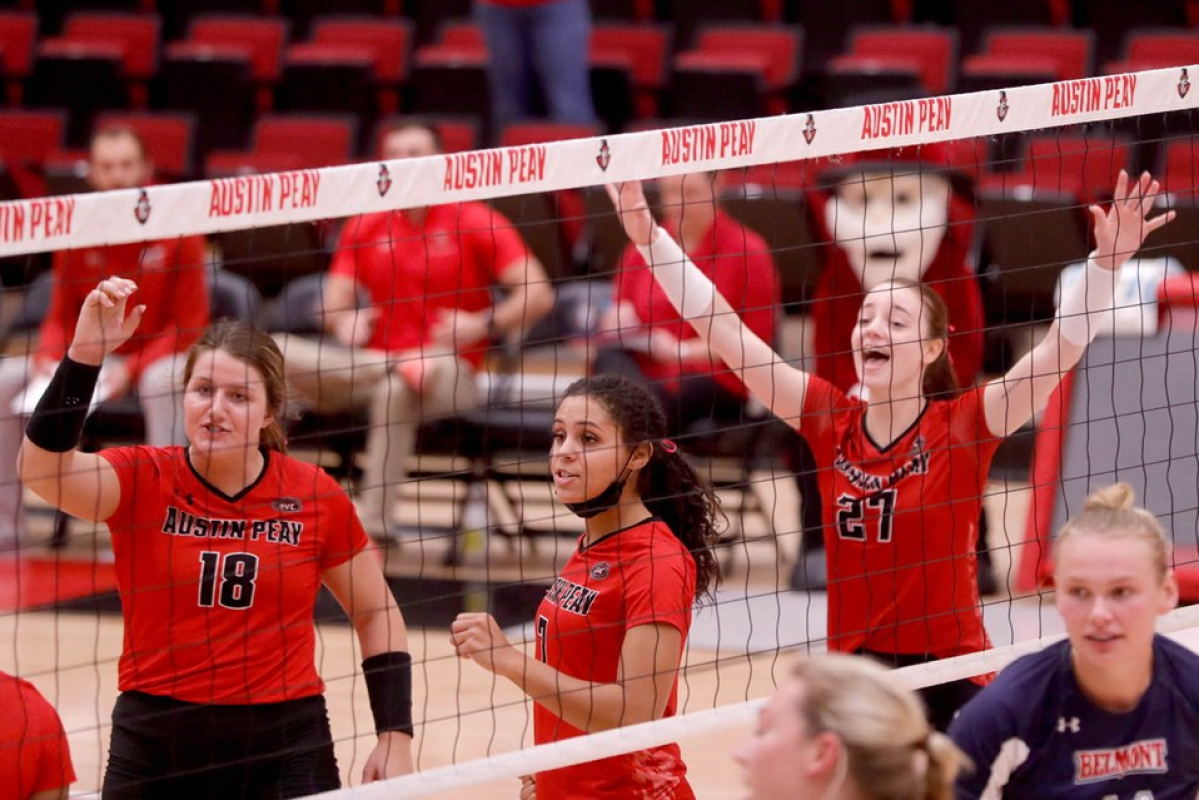 If Austin Peay’s volleyball team is still thinking of Halloween costumes, they may want to consider a pack of witches.

The Governors have carried brooms all year long. They grabbed their 10th 3-0 sweep of the season against Belmont on Saturday, Oct. 23.

The Govs came into the game fresh off a 3-0 win over the Bruins the night before.

Belmont showed some promise early on by scoring the first three points, but APSU erased its deficit in quick fashion and won the first set 25-12.

The Governors did not look back after that and won each of the next two sets 25-14. They scored the first 11 points in the third for an easy clinching set.

“That’s how we’d like to play every game,” said head coach Taylor Mott on the overall view of the game.

Blocking and defense is where Mott thinks her team could improve on the most as they hope for postseason success. Other than that, the coach is highly impressed in what she has seen from her players.

One of the players Mott mentioned was back-to-back Ohio Valley Conference Newcomer of the Week and JUCO transfer Mikayla Powell. She was able to put up a forceful 11 kills in the contest, one of which partially damaged a printer on the sideline.

“I thought we all played really good as a team,” Powell said. “I think after the match yesterday we started off a little slow, but I think today we just came in and we knew that we could sweep them again.”

Junior setter Kelsey Mead tallied 41 assists on the weekend and has already surpassed her assist mark from last year. She said she is happy with her position and is joyed to see her hitters succeed.

The Govs move to 17-7 on the season and 10-1 in conference. They will look to continue their dominance as they take on Southeast Missouri on Oct. 28. 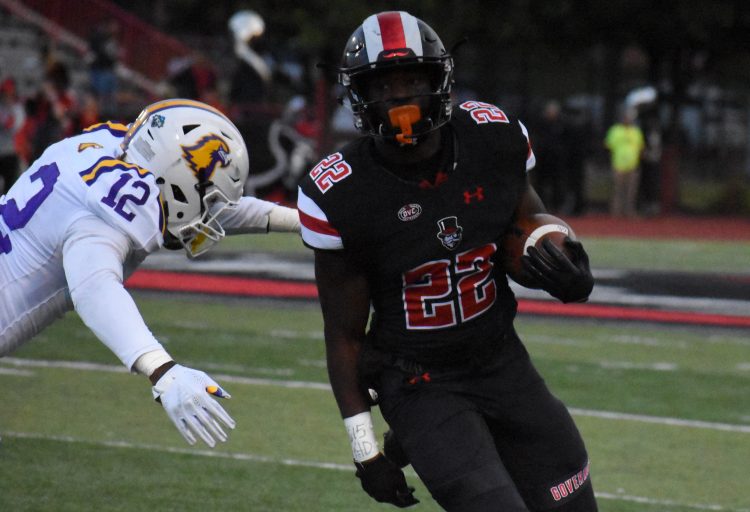