Ninety years ago, the Austin Peay Normal School was signed into existence. Over the years, it has gone through many changes to become the university it is today.

To honor APSU’s birthday, there are several events going on throughout April, ending in the 90-hour Govs Give campaign.

Tonya Leszczak, assistant director of alumni relations and special events, has been planning for the near-centennial for a long time.

“I think it has been nine months,” Leszczak said.

The month of celebration kicked off in Nashville at a well-received Predators game, according to Rylan Kean, director of annual giving.

“We sold out on our tickets, the Predators actually let us know that we had two to three times more than any other school because of their spirit nights.” Kean said.

Everyone joined in on the fun, including APSU President White.

“President White got to ride on the Zamboni in the second quarter, so that was fun,” Leszczak said. “The plaza before the game was completely APSU spirit, so we had the band and cheer, we had the communications van there that was newly wrapped. When you entered, you knew it was APSU night.”

The anniversary events will continue with the scholarship donor dinner on Thursday, April 18, and Rivers and Spires from April 21-22.

“It’s the 15th and final Rivers and Spires, so it’s the last RS for the city,” Leszczak said. “Every year we have lots of APSU areas that set up for RS but were bringing them all together under one APSU tent.”

Since it is the last Rivers and Spires, APSU plans to have a more inviting tent.

“Fans will be able to come in and check out different departments. There will be interactive displays and information.” Leszczak said.

Everything leads up to the Govs Give event.

“The Govs Give campaign itself is the cumulating event to AP at 90.” Kean said. “This is our first year doing an online giving campaign and our goal is $90,000 in 90 hours.”

People will have the chance to donate to APSU’s different colleges, including student affairs and athletics. APSU is also offering matching gifts for donations up to $250. That is, if someone gives $20, $40 will be donated.

During the campaign, there will be special Facebook filters so the APSU community can advertise the event.

“The idea is to engage our entire community in a spirit week,” Kean said. “It’s a grassroots campaign, we as a university will be emailing people and blasting it out on all our social media. We want people to be involved organically and be a champion for their own area.”

April 26 is APSU’s 90th birthday. There will be a short celebration at noon on the Browning lawn.

“It is just a way of celebrating the history of APSU, but also looking towards the future,” Leszczak said. 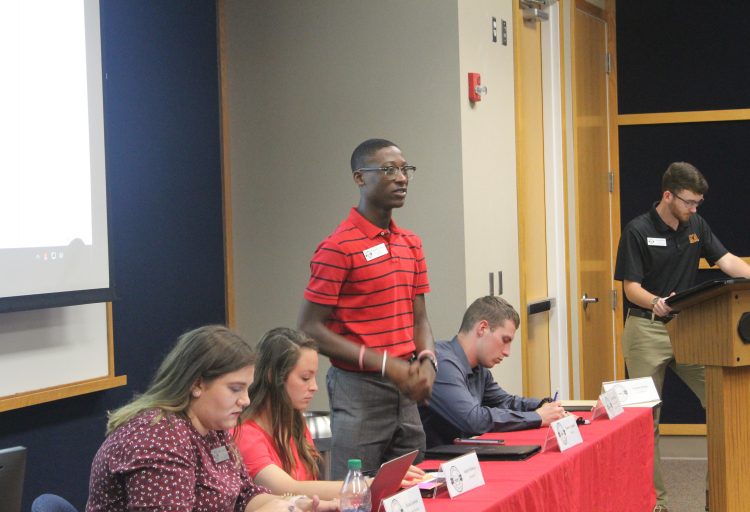