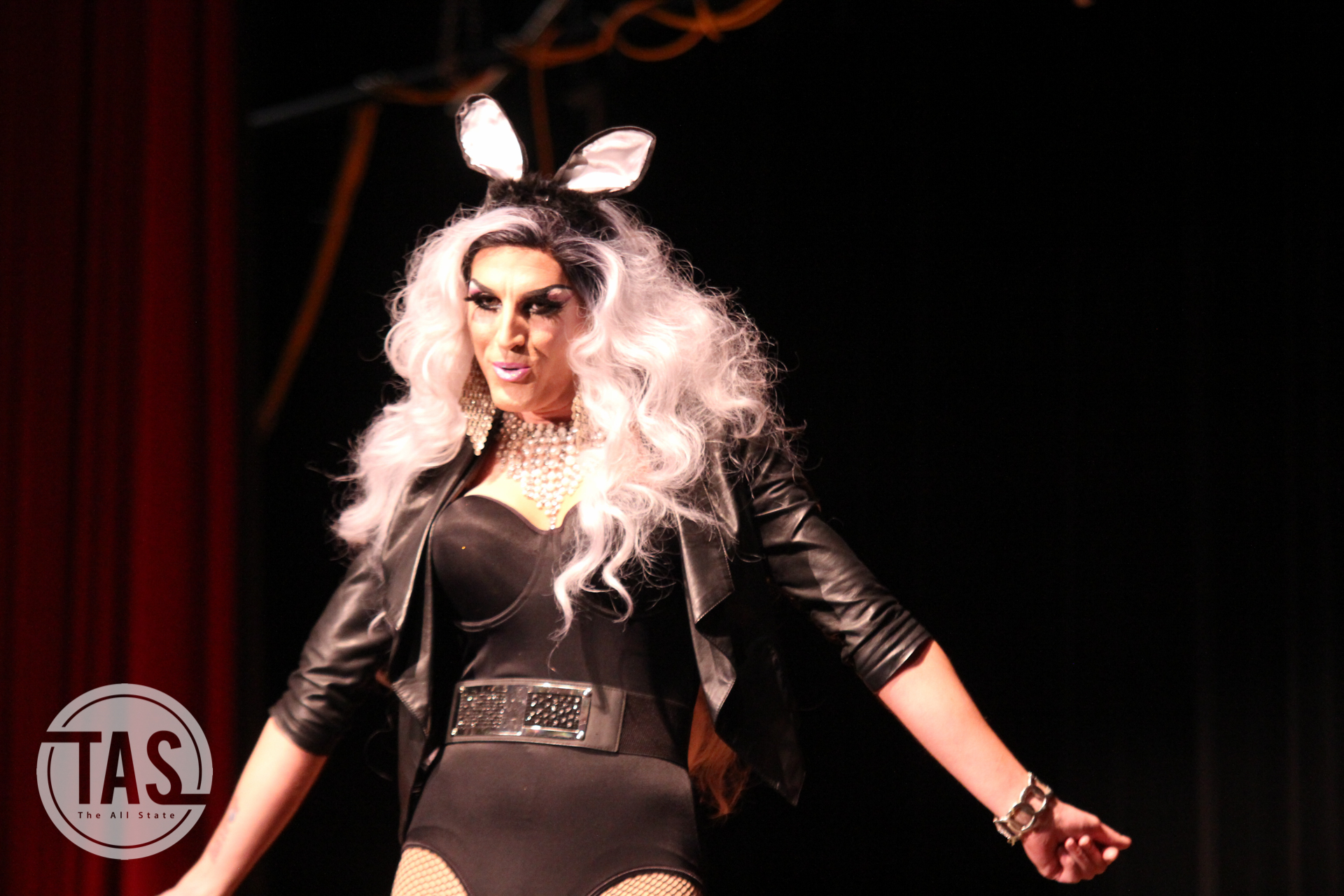 It was about two hours from show time when Anna Freeze arrived at the Clement auditorium. The occasion was the annual Gay Straight Alliance Drag Show on Thursday, Oct. 13, which saw other performers arrive with suitcases full of outfits and a plethora of wigs.

Freeze joined three other performers to rehearse one of their big group numbers. They ran through the set several times to work out the kinks.

Once they were happy with how it ran, they gathered in the dressing area to prepare for their performance. About 45 minutes before show time, everyone started to get into costume.

“It takes me about four hours to get ready with makeup and outfits,” Freeze said. “Sometimes it will be four hours just for the makeup depending on the situation.”

“I have been doing drag shows for 15 years now, and have no plans to stop anytime soon,” Freeze said. “I have also been coming to the GSA shows for a long time now, as this is something like my 20th show here on campus.”

It seemed to be just enough time between sets for Freeze to get ready, because as soon as she was finished she would have to move at a brisk pace to make it to the wings of the stage.

Freeze is a tall person out of costume, so when she gets in full costume, which usually involved shoes with increased height, she is absolutely towering.

While the performers have fun being on stage and cutting loose, they are only half of the equation.

The students also make up an important part of the experience as the performers can feed off of their energy to make the routines even better.

“This my first ever drag show and I have never seen anything like it before,” freshman psychology major Amber Anderson said. “It is fun to see all the provocative dances because it feels very risqué.”

Freeze said she admired the cultural significance of the drag show.

“I really love drag shows because they are an important part of the LGBTQ community and it is something that goes back to the Stonewall era,” Freeze said. “However, they mean something different today than they did back then as now drag shows are a way for the community to show solidarity with one another.”