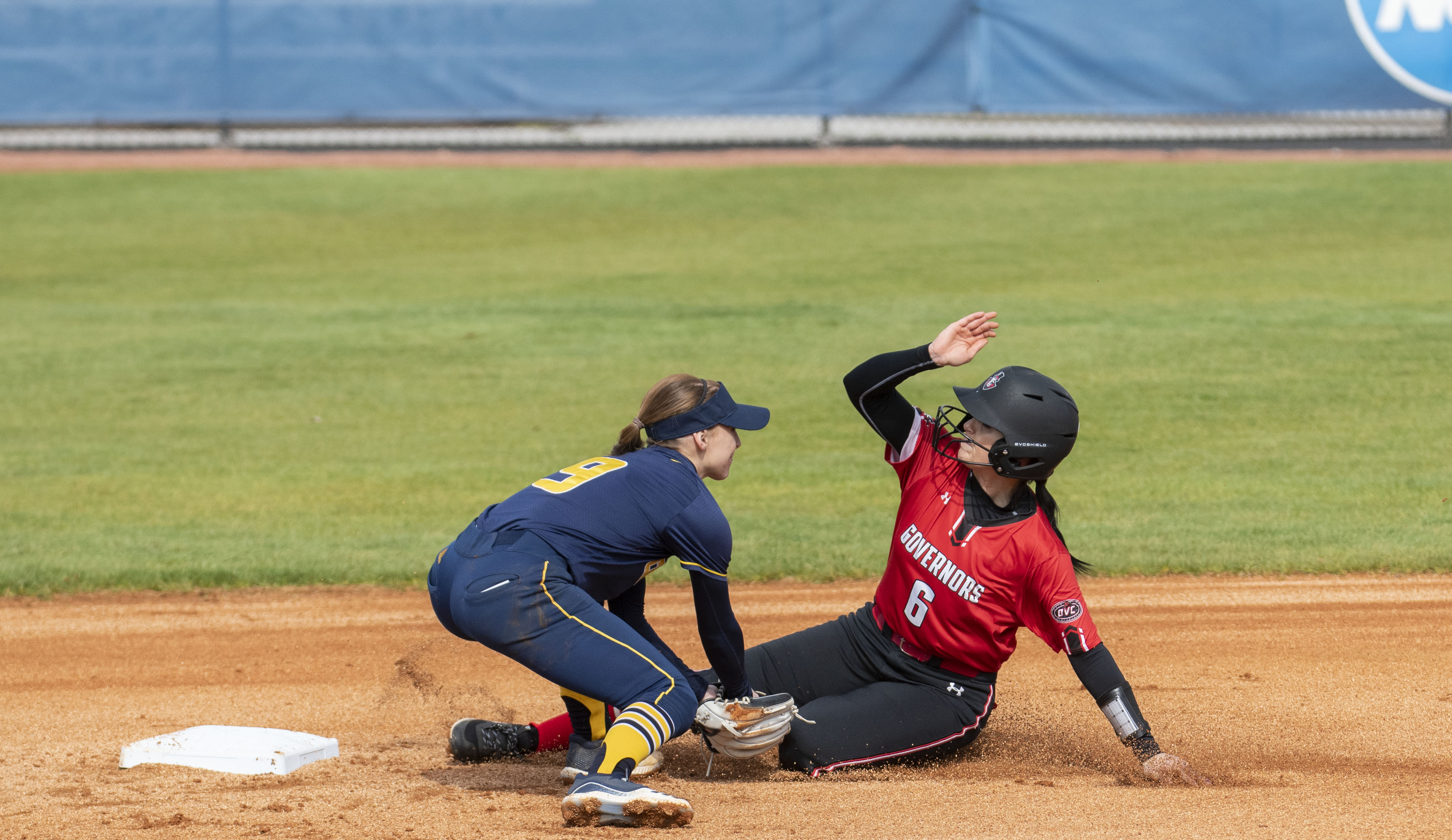 Austin Peay softball had a busy weekend in Chattanooga starting off the season strong with a split series against the Mocs. The Governors (1-1) took some time to get into the groove, dropping their season opener (1-9), but soon came back around with a win (4-1).

The first game of the season was a tough outing with the Mocs, who took a 4-0 lead during the first inning. Chattanooga continually extended their lead into the third inning, but the Govs came back during the fourth showing major amounts of persistence with first baseman Emily Harkleroad.

The redshirt sophomore was the lone scorer during the opener, crossing home plate with a one-out single past Chattanooga’s Katie Corum. Brooke Pfefferle reached on a fielder’s choice leading Harkleroad home to score. The Mocs closed out the first game by scoring four more runs in the fifth for a final score of nine.

In game two, the Governors came back with a vengeance. The game remained scoreless until UTC finally scored a run to take the 1-0 lead in the third. The Govs’ offense exploded during the fifth inning with four runs. Katelyn Smith and Brooke Pfefferle started off the inning with an infield single and a walk.

The lead would be more than enough for game-two starter Shelby Harpe, who shut-out Chattanooga in the final three frames, tossing a complete-game victory. Harpe would toss 125 pitches, walking four and striking out five. Center fielder Bailey Shorter led the Govs this weekend with a total of four hits on Sunday.

Sophomore Lexi Osowski would hammer a two-run shot over the wall in the fifth for Austin Peay’s first home run of the season. The final score of the nightcap was 4-1.

Coach Kassie Stanfill spoke to Chris Austin of APSU Athletics Communications on the series. Stanfill was proud of the effort of her team displayed in the series.

“UTC is a great squad and we knew coming down here we would have to compete if we were going to come away with a win. This team showed the grit and fight they have to be able to flush Game one, restart, refocus, then grind out a win in Game two. That grit and fight is what we’re looking for.”

The Governors will travel to Mobile, AL this weekend to face off in the Jaguar Challenge, hosted by South Alabama. The Govs’ first game of the tournament will be up against the Evansville Aces, first pitch set for 3:45 p.m.