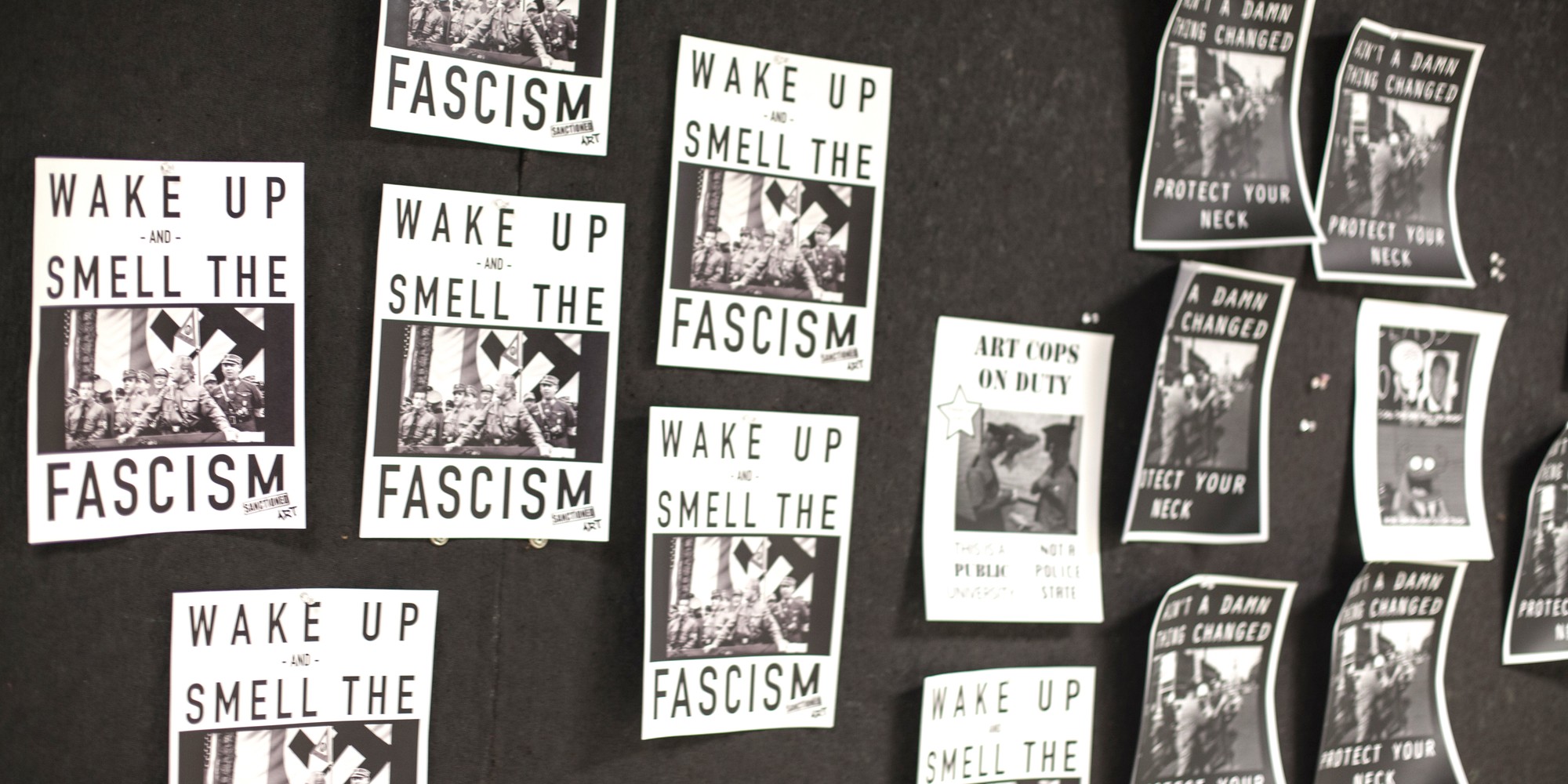 Posters portraying Republican Presidential Candidate Donald Trump as leader of Nazi Germany Adolf Hitler were removed by an APSU security guard from the Trahern building last week because they contained “hate symbols,” according to APSU Chief of Police Michael Kasitz.

Kasitz said this was an act of a security and not a sworn APSU police officer.

“A security guard in Trahern took it upon himself to remove posters with a hate symbol representing white supremacy,” Kasitz said. “He was not ordered to do so and there was no political motivation behind his actions.”

Chair of the Art Department Barry Jones said postering is not typically monitored in Trahern.

“Since this is the art department and postering is part of what we do, APSU police usually don’t police this,” Jones said.

Executive Director of Public Relations and Marketing Bill Persinger said the security guard has since been told to not remove posters in the future.