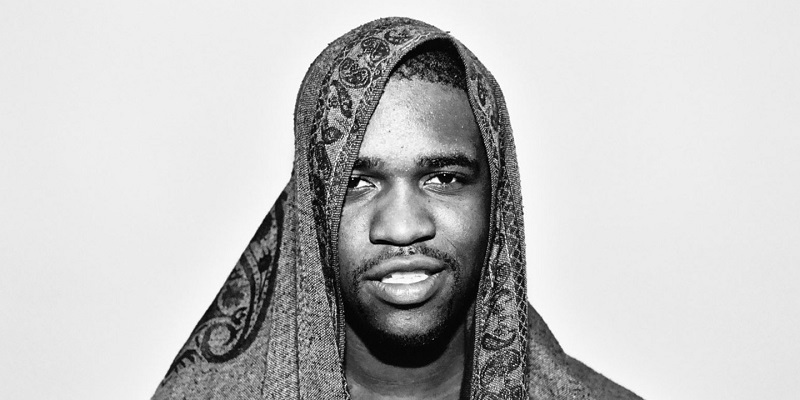 Rap and hip-hop are genres that are still fairly young compared to their more storied predecessors. Tracing roots back to 1979 to Sugarhill Gang’s “Rapper’s Delight,” rap and hip-hop as genres have a history spanning at least three decades. Evolving out of the era when black artists like Little Richard were covered by white artists like Pat Boone to make their music more palatable to a white audience, the first rap artists like Melle Mel and Africa Bambaataa were regarded as musical pioneers and opened the door for a host of new generations of MCs to make music, which brings us to the present day, where it’s weird as $!#@.

That’s a pretty hefty generalization, so let’s backtrack a little. This “weird as $!#@” phenomenon has been occurring in popular rap over at least the past few years, but only with the release of tracks like 2014’s “Club Goin’ Up on a Tuesday,” by ILoveMakonnen and “Coco,” by O.T. Genasis has it become so obvious. These songs are great in their own right, but at first listen, it’s hard to figure out how these songs got so popular. After a few listens, though, you start to start to want to hit the club on a Tuesday with Makonnen and love the coco with O.T. Genasis. You probably shouldn’t love the coco so much though, bro. Because it’s super expensive. And also deadly.

Anyway, here are a few artists I want to highlight who I think are still keeping rap weird.

The first time I heard Trinidad Jame$ was at a pep rally during my junior year of high school. Everyone around me knew the words to his song, even the words it was not socially acceptable for any of them to say in public. They even knew the parts about smoking marijuana. Egad! Trinidad Jame$ provided a unique and infectious look at writing rap songs with “All Gold Everything,” though it turned out to be the biggest hit of his solo career so far after two additional full-length releases and one EP. Trinidad Jame$ might not exactly be the poster child for what I’m calling weird rap, but his career sparked a good bit of controversy, specifically when he was announced as one of the XXL Freshmen for 2013. Writer, comedian, actor and rapper DC Pierson succinctly summed up the rapper’s persona:

Now we can jump ahead a few years. This rapper has had a slightly longer career than Trinidad Jame$, but there’s no doubt it’s been more eventful. Young Thug is one of the most experimental voices in popular rap, with hits like “Lifestyle” with Rich Homie Quan and Birdman and more underground bangers like “Olde English” with Freddie Gibbs and A$AP Ferg. Thug is like Lil Wayne at his most experimental. At any given moment during a Thug verse, you might be able to confidently pick out five recognizable words out of 50. In an interview with TheFader.com, Young Thug said, “I don’t really know how to sing, but I’ve been trying for years.” To be blunt, it wasn’t that hard to tell. Even with vocals that sound like Young Thug is unsuccessfully trying to throw his voice through a mouthful of water, it somehow works in the end, and everything Young Thug has a hand in manages to top his last project.

The final rapper I want to talk about recently released his debut solo mixtape “Ferg Forever,” and he’s had an extremely eventful career with the A$AP Mob. A$AP Ferg exploded onto the rap scene in 2011 on the track “Kissin’ Pink” from A$AP Rocky’s breakout mixtape “LiveLoveA$AP.” Ferg then went on to have his single “Work” featured on the A$AP Mob mixtape “Lords Never Worry,” which helped spawn a remix of “Work” featuring ScHoolboy Q, Trinidad Jame$, French Montana and A$AP Rocky. And that’s where things start getting weird. Ferg now has a successful solo career, and after he released his critically-acclaimed first solo album “Trap Lord,” Ferg started making weirder music, evidenced in his “Ferg Forever” mixtape. The majority of this tape was “meh” at best, but the tracks that shine do so brightly. First was “Fergsomnia” where Ferg flounces around a skittering beat with his sometimes whining, sometimes confidently bellowing vocals coming right along with him. Another great track from “Ferg Forever” was “Doe-Active,” where Ferg follows a slower bouncing beat and repeatedly exclaims, “I got a hundred-dollar bill for every bump on your face.” Ferg was also a featured artist on the Young Thug track mentioned earlier. Check out the Jean-Michel Basquiat-themed video for “Olde English” below.

The world of music is an ever-changing environment, and rap is just an example of the evolution of a genre. I might be full of it with this assertion, but if you pay attention, you can even see when subgenres of music begin forming, which is also what I’m theorizing is happening with rap and hip-hop right now. We live in the age of information where many things have already been done and even more creative things are being done at an alarming rate, which brings out the need for this evolution of genres, and the artists of today seem happy to oblige.

Sean McCully is The All State‘s Assistant News Editor. He’s still trying to understand what Young Thug is saying on Twitter.