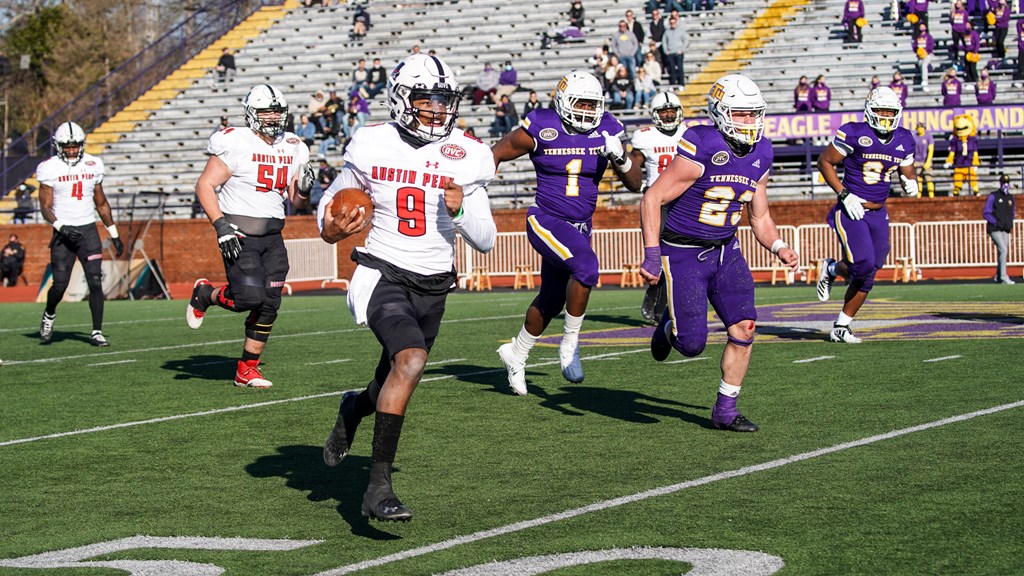 Even with a stifling defensive effort that allowed under 175 yards and accounted for a program-record seven sacks on the afternoon, a quartet of turnovers and three failed fourth down conversions was the deciding factor in the team’s loss to the Golden Eagles.

After APSU’s inaugural drive stalled, a snap to punter Matthew Rigney sailed over his head, forcing the Australian to fall on the ball at the 18 yard line of the Govs.

As was the case for most of the first half, the Golden Eagles’ offense was unable to capitalize off of the mistake. They gained just a single yard on their next three plays and missed a 24-yard field goal attempt that fell wide left.

The Governors next two drives did not fare much better than the first. While the team was able to reach TTU territory on their second possession, a failed fourth down conversion deep in the red zone and an interception thrown by freshman quarterback Draylen Ellis led the Golden Eagles to the first points of the ballgame off a 25-yard field goal.

After going three-and-out on their next drive, a short punt put Tech at their own 48-yard line. However, an illegal substitution penalty gave the Govs an automatic first down and their first momentum of the ballgame.

The first touchdown of the OVC spring season came shortly thereafter on a 22-yard pass from Ellis to senior wide receiver Baniko Harley in the back left-corner of the end zone. APSU carried the 7-3 lead into the locker room.

Ellis scored his second touchdown of the afternoon on the team’s first drive of the second half after calling his own number on a read option play from 16 yards out.

After securing the game’s first two-score advantage, the first-half offensive struggles returned for the visiting Governors: an interception, muffed punt and turnover on downs led to 24 unanswered points for the Golden Eagles, 17 of which coming in the fourth quarter.

With under four minutes to play, redshirt freshman quarterback Bryce Robinson entered into the ballgame and led APSU on their first scoring drive since early in the third quarter. The Clarksville Academy graduate found last season’s OVC Offensive Player of the Year DeAngelo Wilson in the end zone from 14 yards out.

With 12 seconds remaining, Kordell Jackson recovered Ashton Dodd’s onside kick attempt; but with time expiring, Robinson’s Hail Mary attempt was out of the reach of any players.

While the Governors did allow 27 points on the afternoon, the reasoning falls more on the offensive side of the ball than the defensive.

Tennessee Tech had 13 drives in the game, seven of which came on the short side of the field. Of the seven drives that began in APSU territory, the average position of which the drive began was the 27-yard line. TTU’s field was shrunk to nearly a fourth of what it typically was on over half of its drives. In comparison, the Governors’ average starting field position was roughly on their own 26, a 49-yard difference.

In addition to losing the field position battle, Govs head coach Scotty Walden was not pleased with his team’s numerous penalties and the defense being backed on multiple occasions because of preventable mistakes.

“We didn’t deserve to win that game,” Walden said. “That’s what I just got done telling our guys. We put our defense in horrible scenarios all day. From special teams, to offensive turnovers, it was just very sloppy. I mean, [if] you look at the penalties, we had 13 penalties for 122 yards, which is totally unacceptable. We will get that cleaned up, that will be addressed. We knew we were playing a very disciplined football team, that was something we talked about two weeks ago. We were playing a very disciplined football team in Tennessee Tech.

“We are going to go back to the drawing board and clean things up. I think our game plan was good, I felt really good about our plan, I felt really good about what we had installed. The execution of it was poor. You can’t ask more from our defense. Our defense held them to 50 yards rushing [and] 156 yards total offense. We outgained them in every category, the key is turnovers. The two key stats are turnovers and average starting field position.”

According to Walden, the turning point of the afternoon was CJ Evans’ fumble after the Golden Eagles had taken their first lead since the game’s opening points.

“The swing in the game to me was when we threw an interception in the third quarter and then we turned around and we kicked it off…and we fumbled it,” Walden said. “Those two quick turnarounds for our defense, that is unfair to them and I am proud of our defense. To give up the yardage they gave up and the fight they showed, we put them in horrible scenarios all day long.”

After returning from Cookeville, APSU will host the Tennessee State Tigers on Sunday, Feb. 28 at 2 p.m. The game against TSU will be the Governors first game in Fortera Stadium since a 42-6 victory against Furman on Nov. 30, 2019–456 days ago from the time toe meets leather against the Tigers. 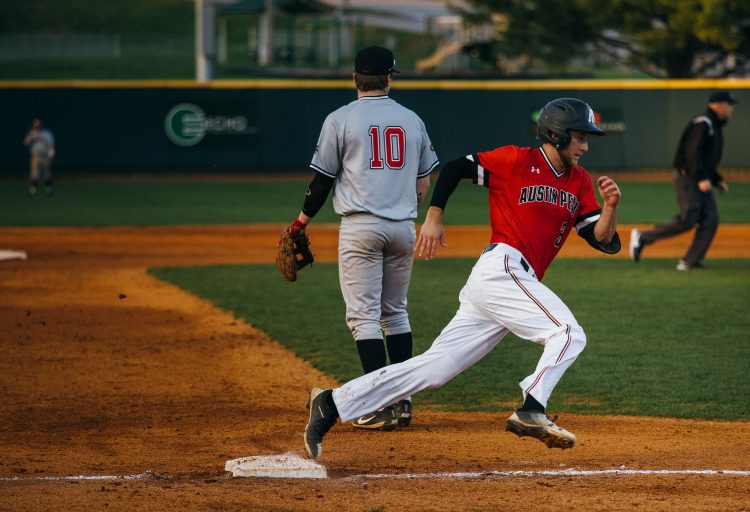