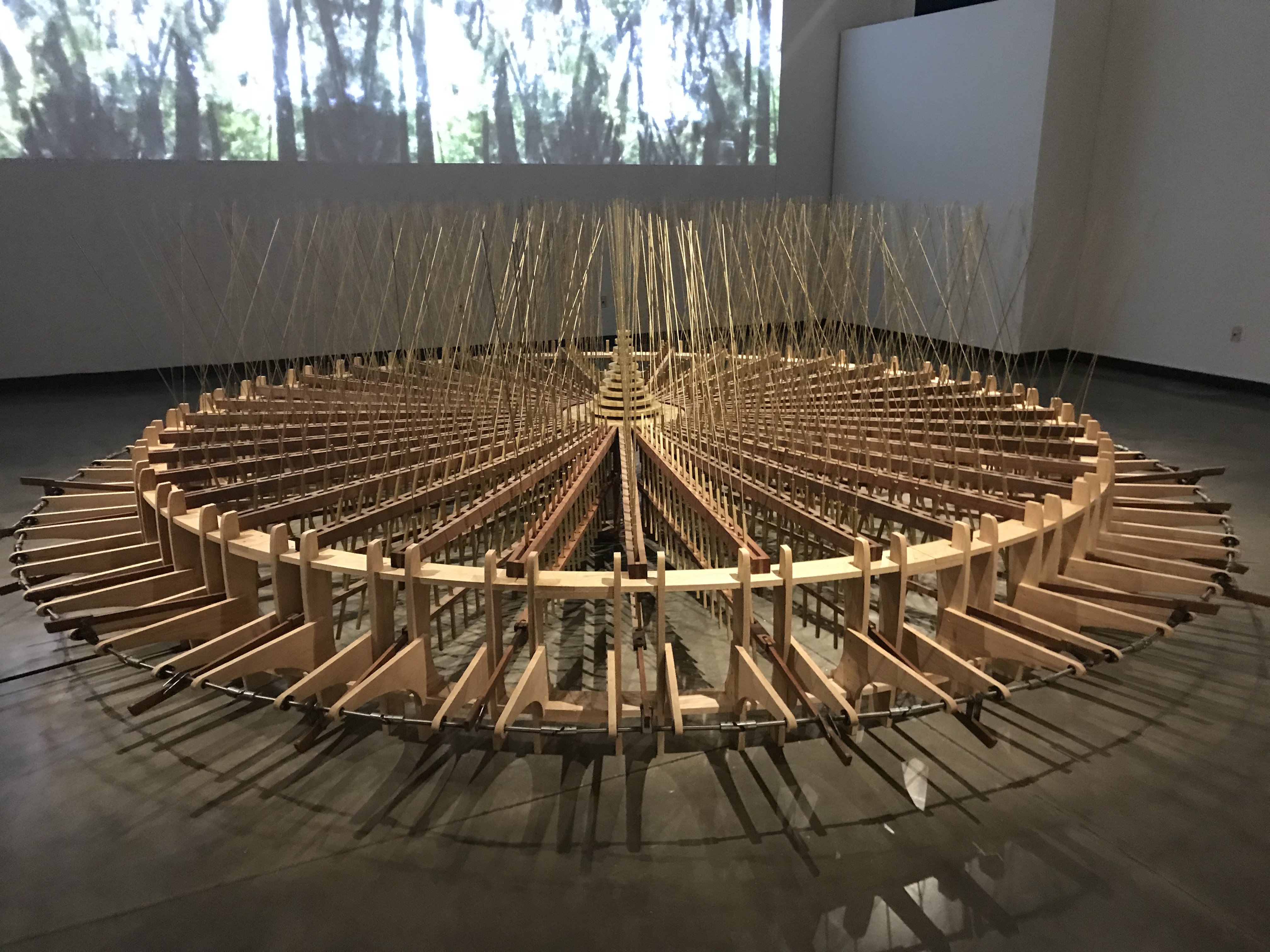 John Douglas Powers is a Tennessee native who graduated from Vanderbilt with a degree in history and then went on to the Georgia Museum of Art and got a degree in sculpture. He has been featured in the New York Times World Sculpture News and numerous other media outlets.

Powers currently lives in Knoxville, Tennessee and teaches at the University of Tennessee.

Powers usually focuses on pieces that conduct sound and movement. The piece itself was very big and noticeable. The other thing that stood out was the unusual sound.  It sounded somewhat similar to numerous wind instruments being played simultaneously. The sound was very melodic and soothing.

“The piece itself was very different. I’ve never experienced anything like it. I’m pretty sure it took a very long time to complete. Overall, it was really unusual, but really nice,” freshman psychology major Laquinta Hunt stated.

Freshman accounting major Carolyn Sejour explained her experience as an educational one.

“I’m really curious as to how he crafted this piece. How did he get to display sound? How is it able to move? How long was this process? I really need to know.”

John Douglas Powers once stated that he was more interested in the poetic possibilities of the mechanisms and movement and how that can relate to both objects and images. His educational background is the main cause for these interests.

Powers also explained why sound was so important in his work. He stayed that he viewed sound more as an expression of the prior physicality of the work.

The sound heard from the price was not a pre-recording but a result of the mechanisms involved.

He explained the sound was immediate upon entering the room, but was based upon the visuals. The sound communicated a mood and ideas on the perception of the intended audience.

The exhibit opened Jan. 16 and will end Feb. 9. Powers will give a public lecture on his work at 6 p.m. on Feb. 8 in the Heydel Hall located in the Art & Design building. There will be a closing reception from 4-5:30 p.m. on Feb. 9 and a gallery talk with Powers beginning at 5 p.m. All events are free and are open to the public.