Let’s just say … you want to have an opinion

The business of giving advice is tricky. The adviser must have had enough trials and tribulations to be jaded, but also enough victories to be hopeful. Let’s say I’m a pro.

Let’s just say … you want to have an opinion.

I come from a strongly Republican family. I was raised to believe interracial marriage was not acceptable, guns were a staple in your house and “those damn Liberals” were the enemy. Then I came to college and was immediately surrounded by thousands of other kids who dropped their backgrounds at the dorm room door and started searching for their own ways of doing things. Those two worlds crashed together like freight trains.

Through three years of trying to find my own path, instead of relying on my family’s direction or swimming in the monotonous current of my peers, I have found one constant in the masses: They all have opinions.

I recently stayed up and talked for five hours with my conservative cousin and left-winged roommate about every controversial topic under the sun. We covered gay and interracial marriage, religion, abortion, legalization of marijuana and gender roles. I was honestly preparing for yelling, tears and black eyes, but was pleasantly surprise when our opposite opinions complimented each other quite nicely. It was a beautiful thing.

I have come to realize that my family was right about a few things, but they were wrong about a few things, too. And you know what? That’s okay. Whether you’re Republican, Democrat or Independent, or you believe bunny rabbits will one day rule the world, you more than likely have opinions and want to voice them.

If you choose to speak out on what you believe is right, be correct. There’s nothing more infuriating than having a conversation with someone who has no idea what they’re talking about.

If you start shoving your opinions down someone’s throat without giving them a chance to talk back, you’ll never know if they were going to agree with you or not.

Have an open mind.

Everything is changing constantly: people, the world, how people view the world. Having the same view on something for years without adjusting for change isn’t going to work.

These guidelines don’t have to be specifically about politics or religion. Use them in your everyday life. The world would be such a better place if there were more respect for others and how they choose to live. I know that sounds very “world peace” of me, but maybe the pageant queens are onto something.

I’m sorry I had to get all serious on you guys this week. To make up for it, here’s a picture of my future Frenchie, Mark Wahlberg, in a floatie. 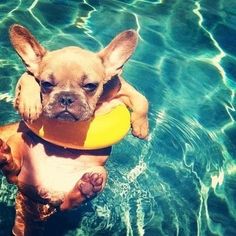 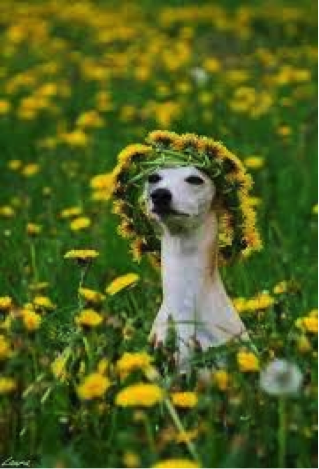