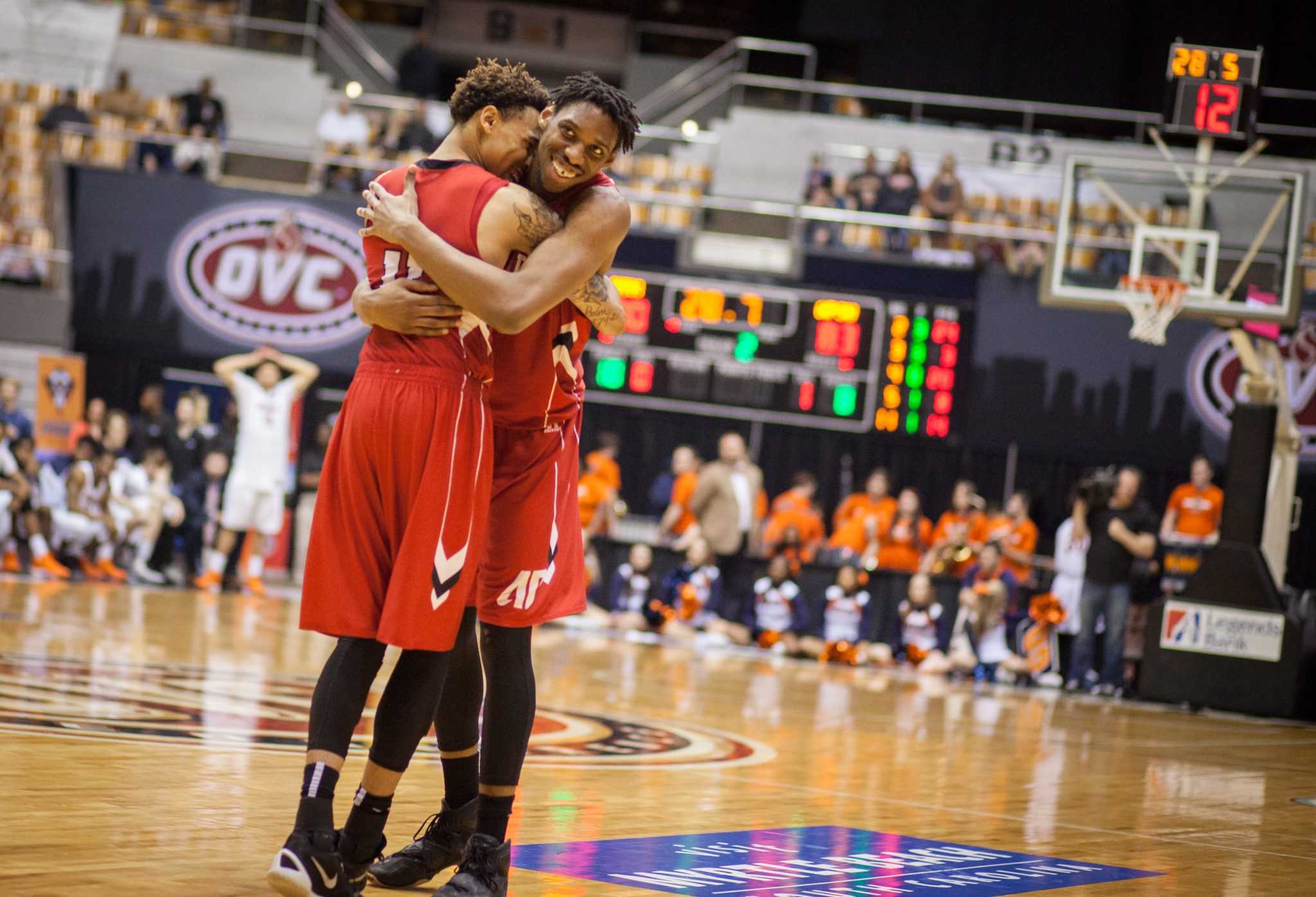 APSU senior center Chris Horton has won another award. This time, it is more than just conference or region.

Against Tennessee Technological University, Horton had a career high 37 points and 21 rebounds. Against Belmont, Horton added 30 points and 16 rebounds.

Horton led the nation in offensive rebounds per game with 4.92, fourth in double-doubles with 25 and fifth in total rebounding, according to letsgopeay.com.

Horton also earned his spot in Division I basketball history being the 13th player to accumulate at least 1,500 points, 1,100 rebounds and 300 blocks during a career. Two other names on the list include NBA greats Shaquille O’Neal and Tim Duncan.

Horton led the OVC in scoring and rebounding, which makes him the first APSU player to lead the conference in rebounding for two consecutive years.

The last time a Gov led the conference in scoring, Dave Loos was coaching high school basketball and had yet to step on the court as a college head coach.

Horton will be honored at the TSWA Convention Awards Luncheon on Friday, July 8, at the TSSAA headquarters in Hermitage, Tennessee, according to letsgopeay.com.