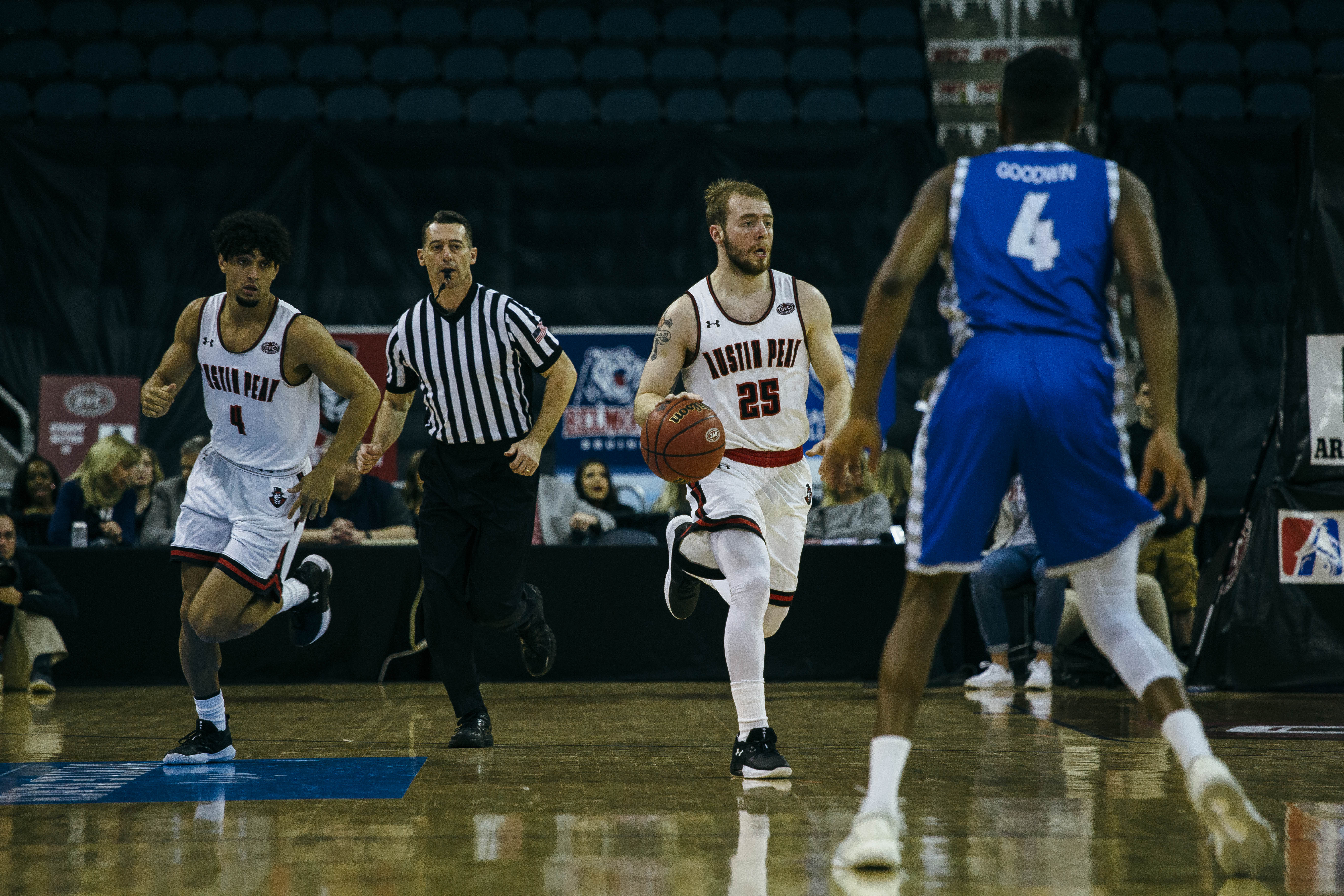 Shareef Smith’s mid-range jumper put the Panthers in front of APSU with four seconds left in the contest. Barely any time was left on the clock for the Govs to work with when time expired on Antwuan Butler’s last-second half-court heave.

Eastern Illinois, who trailed by as many as 14 midways through the second half, upset the Govs 85-83 at the Lantz arena in Charleston, Illinois, on Saturday, Jan. 19.

The defeat broke up APSU’s hot 5-0 start to Ohio Valley Conference play in the 2018-19 season.

For the Panthers, this is their first win over APSU in six games, and their first triumph over the Govs at home in their last five attempts. APSU dropped their first road conference game since Feb. 8, 2018.

The two-game road trip to Illinois seemed as if it could pose problems for the Govs when looked at on paper, but APSU found themselves being physically controlled in their pivotal Panthers meeting.

Eastern Illinois pushed the Govs around on the court outrebounding the visiting squad 39-24. The Govs have now been beaten in the rebound game for two games in a row.

That matches the largest rebound deficit that APSU has faced, 15, since Head Coach Matt Figger took over. The 24 is a season-low rebound mark for the Govs.

However, to say the Govs underperformed would be an unfair assessment.

The issue that Coach Figger’s squad ran into, Eastern Illinois outshot them in all three categories.

Eastern Illinois and APSU’s bout turned into a game of runs and trends.

Throughout the 40 minutes of action, the two sides saw 10 lead changes and the game draw level six times, including five lead changes in the final three and a half minutes.

Chris Porter-Bunton issued a career-high for APSU with 24 points. The redshirt senior shot 50 percent from the field while hitting all three of his triples and going 7-for-8 at the free throw line.

Terry Taylor and Jabari McGhee matched each other with 16 points each while Butler, 10 points, became the fourth Gov to finish in double figures.

The defeat moves APSU to 5-1 in the OVC and drops the team to third in the conference, behind a 6-0 Mu**ay State and Jacksonville State.

APSU returns home after four games away from the Dunn to host in-state rivals Tennessee State on Thursday, Jan. 24 then Belmont on Saturday, Jan. 26. Both contests will follow the women’s games.